The decision by the Mercedes Formula 1 team to give Valtteri Bottas a fresh power unit for the Russian GP has added an extra layer of intrigue to a race that already has a very different looking grid.

The new V6, turbo and MGU-H fitted overnight would normally send Bottas to the back of the grid, but he is expected to start 17th, ahead of three other drivers who have already made changes – namely Nicholas Latifi, Charles Leclerc and Max Verstappen.

And the key name there is of course Verstappen.

Red Bull needed to introduce a new Honda power unit at some stage, and with a three-place penalty hanging over the Dutchman from Monza, and Mercedes always expected to set the pace in Sochi, the team made the tactical decision to take a hit in Russia and start Verstappen from the rear of the grid.

Red Bull knew that Leclerc would also be back there after a power unit change and thus might be able to slow Verstappen's progress, and the team also found out during qualifying that Latifi would be taking a penalty and start in front of Leclerc with a car that is quick in a straightline, and might not be easy to pass.

However, the various strategies that the Red Bull engineers discussed overnight and into this morning will have to be rethought now that the team knows that Bottas will be in front of Latifi.

Logic suggests that Bottas's role today will be to cover Verstappen, and if possible, control his progress through the field.

Obviously the Finn wants to get a good result for himself, and constructors' points are valuable for Mercedes, so it remains to be seen how things play out. 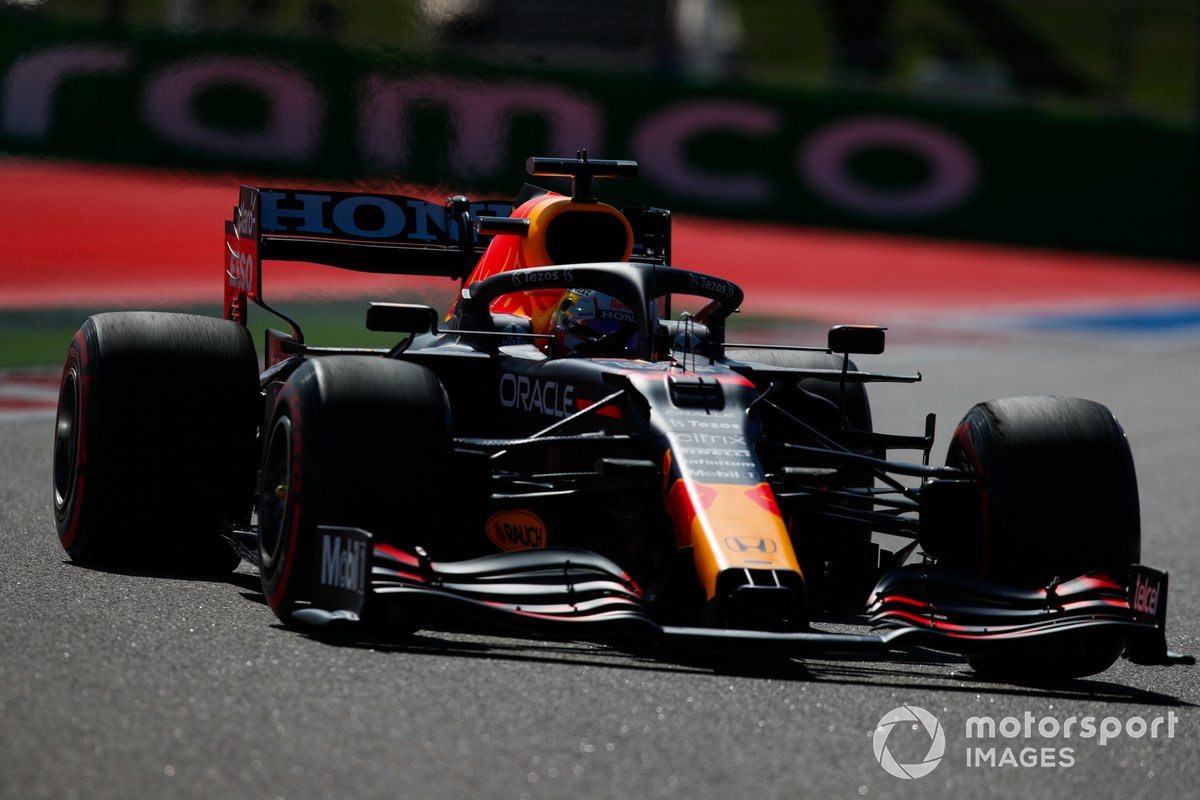 Nevertheless, he is potentially there as a spoiler, running interference and giving Red Bull more to think about than the team had anticipated.

Bottas believed after qualifying that he could still win the race, and clearly he has made a sacrifice. It's comparable to the 2012 US GP, when Felipe Massa took a gearbox penalty in order to hand his title-chasing Ferrari teammate Fernando Alonso an extra spot.

However, Bottas also now has two fresh power units in the pool to get him through the remaining seven races, hopefully with no further problems.

"In fact Bottas is understood to have had an issue with his new-for-Monza PU on Friday in Russia. That was then removed pending further checks in the UK, and he used an older example in qualifying on Saturday. In the end the team opted not to race that high mileage unit and take a new one for today, and with it the penalty hit"

However, there is no doubt that Mercedes is facing reliability concerns as the end of the season draws closer, especially with high mileage engines. There have been some very public failures – and some less obvious.

Mercedes has now confirmed that the plan was for Bottas to take a new power unit at Spa, but there was an issue with it before it took to the track, and thus the change was postponed to Monza.

Now the big question is when will Lewis Hamilton take a penalty? With seven races to go there appears to be no escape for the world champion.

Russell shows Williams 'not as bad as people think' - Verstappen