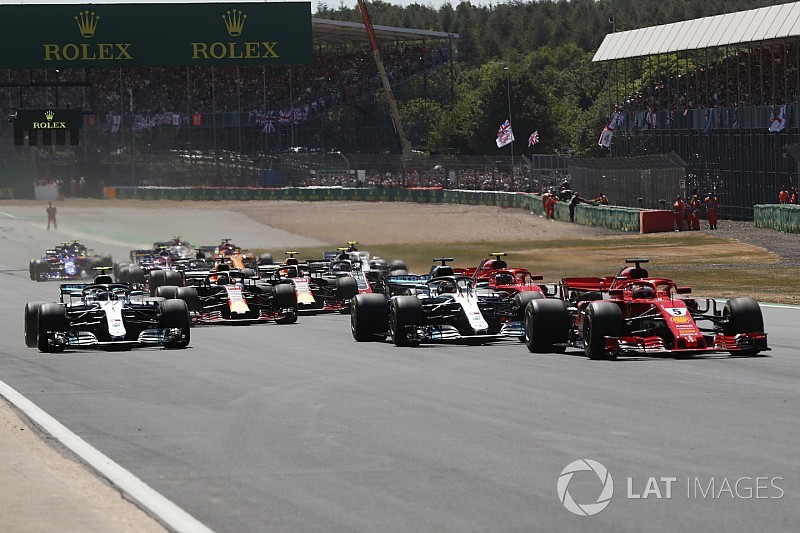 Discussions over the 2021 Formula 1 engine regulations are in limbo after the current manufacturers questioned the package that has been championed by Liberty Media and the FIA.

The basic parameters of the simplified regulations, including dropping the MGU-H, were jointly announced by the two organisations as long ago as October.

Discussions have continued since, and after some initial reservations the manufacturers had indicated that they had accepted the loss of the MGU-H. The FIA hoped to produce a final set of regulations at the end of June.

However, at the last minute and following discussions at last week's Strategy Group meeting, the manufacturers have kicked back, and suggested that they want to keep the current hardware package after all, including the MGU-H.

The main impetus for their position is the fact that no new entrants have committed to coming into F1 in 2021, which was one of the main justifications for the proposed changes.

Porsche has been involved in all the discussions over shaping the 2021 rules – just as Volkswagen was when the current V6 hybrid regs were formulated.

However, it has not yet made a decision on launching an F1 programme, at least in part because of the ongoing emission scandal surrounding the wider VW Group.

Aston Martin, which has indicated an interest in an F1 project, is also sitting on the fence.

In addition, Red Bull's recently-announced works deal with Honda has changed the landscape, as it clearly puts one of the sport's biggest players in a stronger position with a potentially competitive engine, while also making Aston's involvement less likely.

The consensus among the manufacturers is that they see no reason to be forced into making a huge investment in revising their hardware when there are no newcomers on the horizon.

However, they are willing to discuss compromises in areas such as improving noise, adjusting fuel usage to generate more power, and introducing some standard parts.

"It's still very much out for discussion," said Mercedes boss Toto Wolff. "We had a presentation that would have meant a redesign of the engine.

"All four currently in F1 engaged OEMs would have given their preference, with an understanding from our side that we maybe need a bit more noise, and a discussion around fuel consumption that's important.

"But just for the benefit of redesigning an engine without anybody else entering doesn't make a lot of sense.

Christian Horner also indicated that the lack of new entrants had become an issue.

In addition, Honda is keen to keep the MGU-H, and thus Red Bull is backing that position.

"I think ultimately the governing body and the commercial rights holder have got to do what they believe is right for the sport," said Horner.

"It doesn't look like there's anybody new coming in, so really I think it's down to the FIA and Liberty to decide, what do they want?"

Renault F1 boss Cyril Abiteboul made it clear that the French manufacturer does not want to be forced into an expensive new development race.

"I think we should always give priority to stability," he told Motorsport.com. "I think it's the baseline for everything, particularly in F1, which is such a competitive and expensive environment.

"I think we underestimate the benefit of stability for the cost for everyone, for the manufacturers, also for the teams, but also for the show, because we want close racing, close action."