Marcus Ericsson says his crash during Formula 1 qualifying for the Japanese Grand Prix was caused by a misjudgement while passing Valtteri Bottas's Mercedes.

Bottas was on a slow lap when Ericsson, on his second push lap in Q1, went round the Mercedes in the long Turn 7 left-hander.

Although Ericsson confirmed Bottas was well out of the way and off the racing line, meaning he had no problem with what the Mercedes driver did, the disturbance to the airflow cost him downforce.

This led to him understeering onto the grass having lost front-end grip and then spinning into the barrier, meaning he was 20th and last in qualifying

"I just lost the front end," said Ericsson when asked by Motorsport.com about the crash.

"I knew there was a car up there but it was well on the inside so I thought it was going to be fine, but I looked at the video afterwards and I think it's enough to disturb the car.

"You can see on the data that I had quite a bit more understeer on that lap compared to the previous lap.

"It's not an excuse, I obviously went too fast for the grip available, but it was a shame."

Ericsson accepted the error was his and was based on him not accounting for the loss of grip caused by the turbulence.

"The cars are so sensitive to wind, if you get a change of wind you can lose quite a bit of grip," said Ericsson.

"I miscalculated a bit how much I would lose and then I ran a bit wide.

"It's the wrong place to run wide because if you put one wheel off, it's just game over."

Teammate Charles Leclerc had the pace to reach Q3, but made a small mistake at Spoon Curve at lost time on his first run.

With the rain hitting before Leclerc could set a time on his second run, this left the Monegasque 11th – although he will move up to 10th thanks to Esteban Ocon's grid penalty for not slowing down sufficiently under the red flag in FP3.

"In Turn 13/14 I made a mistake and lost one tenth compared to the lap just before in Q1," said Leclerc, who would have outpaced both Toro Rosso drivers had he gained 0.1s.

"It's a little bit of a shame but it happens.

"Anyway, it's quite a positive day today – P11 [10th after Ocon's penalty] and we have the free choice of tyre for tomorrow, which will help." 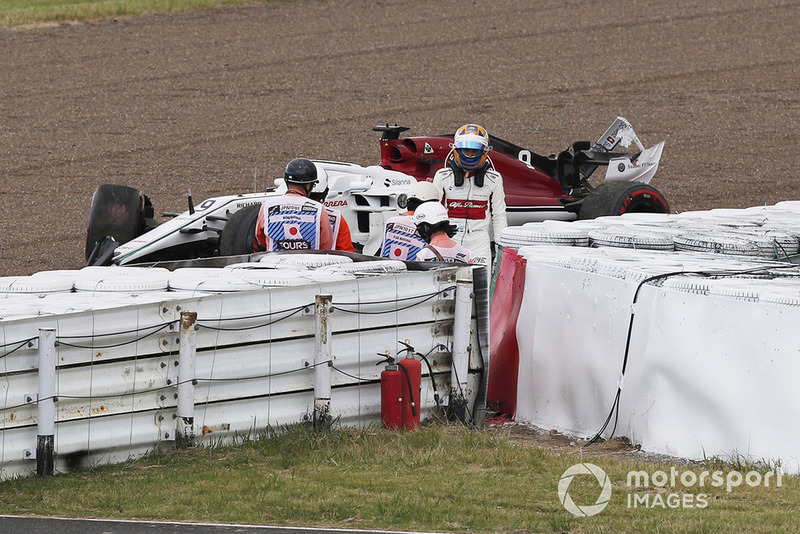 Mercedes will have "different" team order plan for Suzuka race