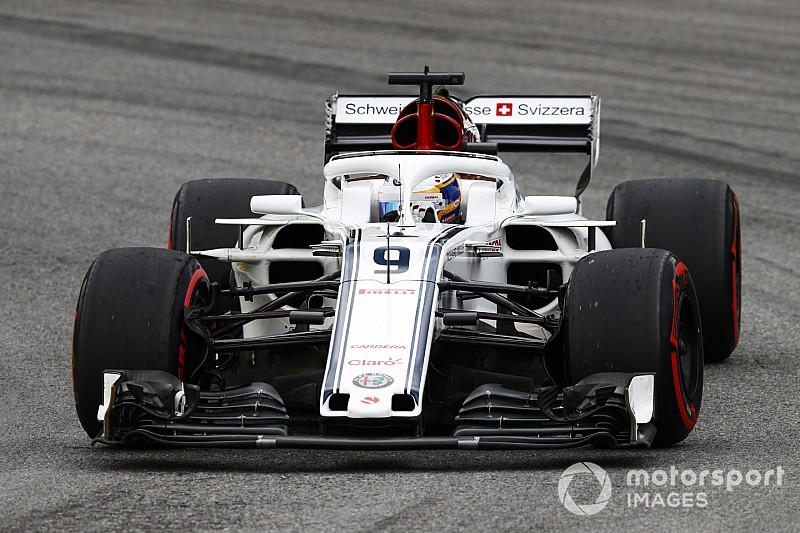 Marcus Ericsson believes he is leaving Formula 1 at the end of his strongest year in grand prix racing.

The Swedish driver will switch to IndyCar next season after Sauber opted for an all-new line-up of Kimi Raikkonen and Antonio Giovinazzi for 2019.

Ericsson cited his qualifying form as the chief reason he was comprehensively beaten by rising star and rookie teammate Charles Leclerc over the season.

However, Ericsson said his fifth season in F1 had "definitely been my strongest", with 17th place making his best championship finish.

"It's the race pace that has been very strong this year," said Ericsson. "I've had some really strong races.

"Qualifying has been the problem, I've been too far back compared to Charles and that's made it difficult to keep up with his points tally.

"On tyre management I'm one of the strongest out there at the moment in Formula 1. That's been my biggest strength this year."

Ericsson's nine-point haul from 2018 matched his previous best in F1, from '15, while he also secured a career-best sixth-place start in the Brazilian Grand Prix.

He was unfortunate not to benefit more from a late-season burst of form, as floor damage before the Brazilian GP even started stopped him from making the most of his grid position and he retired from the season finale as well.

Team boss Frederic Vasseur said: "The last part of the season he is consistently in the same lap time like Charles - in front of Charles in Sao Paolo, just behind him in Austin.

"It was very helpful for Charles also to have someone as a reference like Marcus.

"Marcus also has the advantage of very good technical feedback and he helped us a lot at some stages of the season to take decisions on technical side."

Leclerc ended the year with a run of three consecutive seventh-place finishes to finish on 39 points, enough to have earned Sauber eighth in the constructors' championship by himself.

Ericsson said he took pride in the role he played in helping Sauber move from a back-of-the-grid team at the opening race to being a regular top-10 finisher.

"The whole year has been my best in Formula 1, especially the improvement from start of the season to now," said Ericsson.

"In Melbourne we started at the bottom with Williams pretty much, and then we've been improving very impressively from then on and I feel very much a part of that.

"Me and Charles worked very hard together with the team to show the direction we want to go, and the team obviously listened to us and did a good job in improving the car."