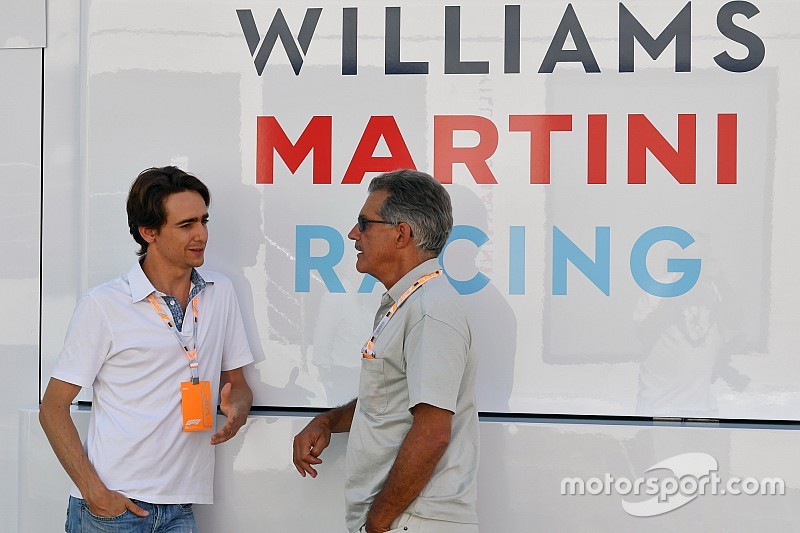 Ex-Sauber and Haas driver Esteban Gutierrez is aiming to return to Formula 1 next season with Williams.

Gutierrez was dropped by Haas after the 2016 season and his only race outings since have been sporadic appearances in Formula E and IndyCar.

However, he has retained a link to F1 by joining Mercedes as a simulator driver and has attended some races with the team.

Gutierrez would not explicitly confirm a Williams bid but told Motorsport.com at his home grand prix in Mexico that "there are chances" to race in F1 again next year.

Williams is the only team on the grid with a realistic vacancy, as Lance Stroll's move to Racing Point Force India a formality and Toro Rosso is apparently set on replacing Brendon Hartley with Alexander Albon.

Formula 2 title favourite George Russell has already signed for Williams for next season and the team needs to commercialise the second seat.

"I am working very hard, I've been preparing a lot this year, I am very motivated," said Gutierrez, who has always benefited from strong financial support from Mexico.

"I've been working with Mercedes, a very professional team, actively on the simulator, doing different things, and I am really positive about the future."

When asked about a Williams seat being the only one available, and the prospect of joining the team at a difficult time, Gutierrez said: "It is a great team. It is one of the most respected teams in Formula 1.

"I think they've had difficult years, but the people they have and the team they are I am pretty sure they can recover pretty well."

He failed to score a point in his sole season with F1 debutant Haas in 2016, while teammate Romain Grosjean bagged 29 points.

Asked if he felt he has unfinished business in F1, Gutierrez said: "Yes. Definitely. I think I feel like I have a lot to give in Formula 1, and I am very motivated for it.

"I have chances, I am here. At the beginning of the year I was not involved with a Formula 1 team and now I am with Mercedes, which is at the moment one of the most important teams in Formula 1.

"I've been working very hard, it hasn't been easy, but I am really positive about the future. I think there is a lot to come in my career, and there is a lot I can give as well."

Gutierrez says he is a stronger driver after dealing with "a lot of challenges" at Haas.

"When you go through those difficult moments it makes you grow a lot as a person and as a professional," said Gutierrez.

"I know what I want today, and that is the reason why I am here."