Jun.20 (GMM) Tomas Enge, the only F1 driver to have ever failed a drugs test, has been suspended from racing. 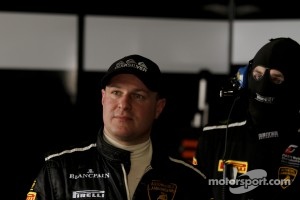 The now 35-year-old Czech, who in 2002 was stripped of his international Formula 3000 (GP2) title, on Tuesday confirmed he has once again failed a drugs test.

Enge, whose first failed drugs test was for cannabis, had returned to F3000 in 2002 after racing three times for the Prost team, which folded at the end of the 2001 season.

He has been racing a Lamborghini this year in the FIA's GT1 sports car world championship.

Enge wrote on his Facebook page that the latest failed drugs test, for an unspecified substance but "not" the active cannabis agent THC, had left him "in shock".

He admitted that the 2002 cannabis charge had a "significant effect" on his career.

"That's why ever since I have been almost paranoid" about accidentally consuming banned substances, Enge explained.

"This is a shock, as I would never knowingly take any banned substance. I have suffered from long-term health problems which is why I recently asked the FIA for an exemption to use drugs that are on the list of prohibited substances.

"Now I need to consult with expert doctors as to how this situation has occurred."

In 2007, the FIA banned GT driver Luca Moro for two years for alleged cocaine use.

Blancpain Endurance Series back on track for preseason testing