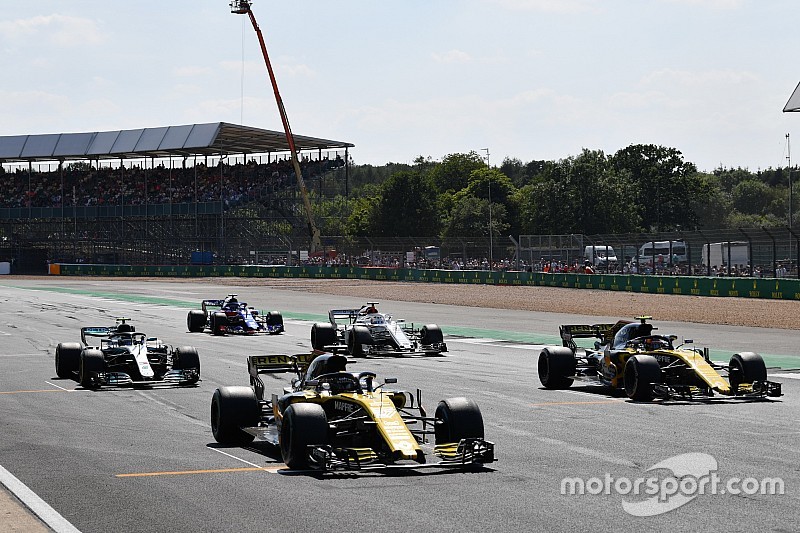 The FIA has introduced a raft of changes to the clutch management in 2020’s Formula 1 technical regulations, increasing the difficulty for the drivers at the race start.

Along with making pull-type paddle-activated clutches mandatory for each driver, the clutch signals used by the standard ECU will also be heavily monitored by the FIA to limit any advantageous mapping.

Should a team wish to use two clutch paddles on the steering wheel, each paddle must now be identical in form, motion and mapping - and drivers may be asked to demonstrate that both paddles work identically.

Furthermore, the paddle must work linearly with the clutch - meaning that the drivers’ actions must be wholly representative of the engagement of the clutch.

Article 9.2.1, section F in the technical regulations states that: “To ensure that the signals used by the FIA ECU are representative of the driver’s actions, each competitor is required to demonstrate that the paddle percentage calculated by the ECU does not deviate by more than +/-5% from the physical position of the operating device measured as a percentage over its entire usable range.”

This ensures greater responsibility is placed on the driver at the race start, meaning that there is the potential for greater variation off of the line.

Further changes have been made to stamp out the effect of oil burning within the car, creating more stringent rules for the transfer of oil to the powertrain.

This comes in the definition of the auxiliary oil tank (AOT), of which only one may be included within the car. This, and the pipework connecting to the engine, cannot exceed 2.5 litres - and must be solenoid controlled.

The amount of fuel outside of the survival cell has also been reduced from 2 litres to 0.25 litres, stopping any fuel flow trickery or mixing of oil with fuel in other areas of the car.

In addition, the FIA has also made changes to the regulations restricting rear-view mirrors, enclosing them in a smaller box to minimise the aerodynamic gain that can be taken from them.

These have also been moved further inwards, following suggestions that the 2019-specification mirrors offer limited visibility, and must now be 30mm closer to the survival cell and 40mm lower down.