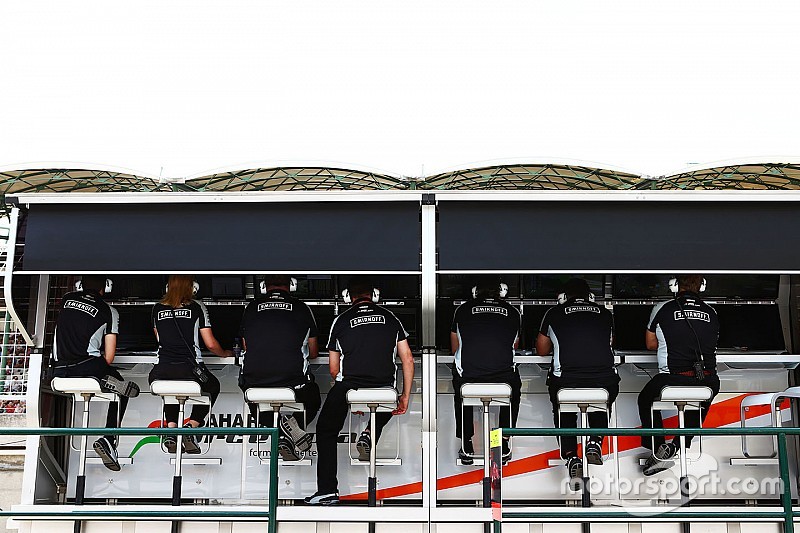 Formula 1 teams have been formally told with immediate effect there will no longer be restrictions on team radio messages - but they cannot keep conversations secret either from now on.

Following a meeting of the F1 Strategy Group in Geneva on Thursday, it was agreed that the sport's radio communication clampdown should be eased.

In a document sent from F1 race director Charlie Whiting on Friday morning, it was clarified that messages would now be pretty much 'unrestricted'.

It was made clear that such a move was being done: "in order to provide improved content for the fans and spectators."

In the technical directive, Whiting said: "With the exception of the period between the start of the formation lap and the start of the race, during which only the messages below may be given to the drivers, there will be no limitations on the messages teams send to their drivers either by radio or pit board."

The move comes in to force from first practice for the German Grand Prix.

In the document, Whiting said the following messages will be allowed on the formation lap.

* Indication of a problem with the car, any message of this sort must include an irreversible instruction to enter the pits at the end of the lap.

* Information concerning damage to the bodywork of the car.

* Instructions to select driver defaults, this must be for the sole purpose of mitigating loss of function of a sensor, actuator or controller whose degradation or failure was not detected and handled by the on-board software.

* Indication of a problem with a competitor’s car.

* Passing on messages from race control (this would include telling a driver that the last car has taken up position on the grid at the end of the formation lap).

* Oil or debris in certain corners.

It has been made clear to teams, however, that in exchange for teams being given freedom of radio messages, they must no longer speak privately to drivers.

Previously teams have been able to use a 'privacy' button to keep radio communications secret from broadcasters.

Now teams have been told they must give: "the CRH with unrestricted access to their radio messages at all times their cars are out of their garage."

It is hoped that this will help open up more information and entertainment from fans who have complained against the recent radio limits.

Yellow flags an issue only because Rosberg involved – Alonso