F1 "at a crossroads" over road car relevance - Brawn 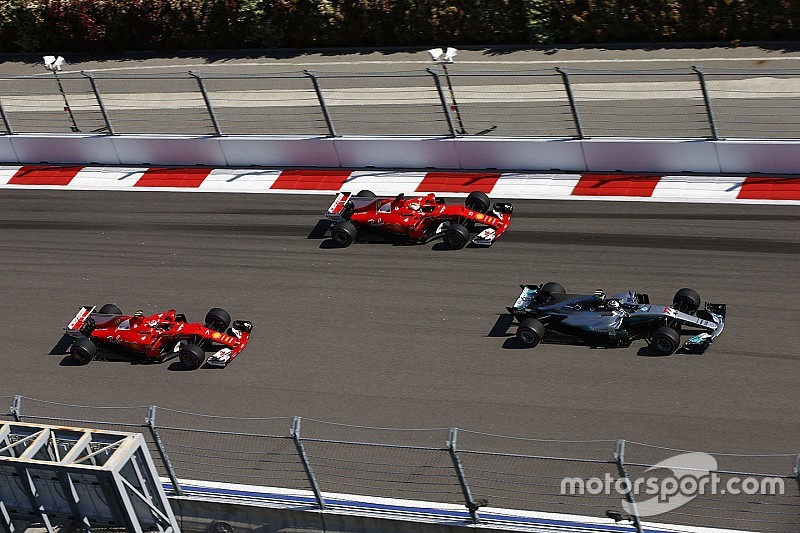 Formula 1 sporting boss Ross Brawn says the series is "at a crossroads", insisting it needs to reassess whether its engine technology should be relevant to the automotive industry.

F1 switched V6 hybrid turbo engines in 2014, with manufacturers keen on technology transfer and synergies between the series and road cars.

But earlier this year, the FIA and manufacturers both in F1 and not currently involved agreed that the current formula should be replaced by cheaper, simpler and noisier engines from 2021.

Discussions regarding the new formula are continuing with Brawn wary of F1 taking its lead from the automotive industry - given it is heading towards autonomous cars and electric and fuel cell technology.

"The engine is the key element we have got to get right," he told reporters in Canada.

"Along with the FIA, the teams and interested engine suppliers, we're debating that at the moment, to understand what sort of engine we want for the future.

"F1 is a little bit at a crossroads. The automotive world is going off on a different direction now, with fuel cell cars, electric cars, autonomous driving - and that's not F1. How do we find the relevant path for the future?"

In a survey conducted by Motorsport Network, fans said they have a desire for F1 to set the pace in terms of technology.

Since the last survey in 2015, there has been a 19.1 percent increase in the number of fans highlighting the importance of technology in F1.

Brawn has previously suggested F1 could adopt the concept of NASCAR-style open car inspections, which are streamed online.

Speaking in Canada, he agreed technology remained an important element of F1 but insisted a balance with good racing needed to be achieved.

"We need a path that engages the fans - if we don't have fans watching the sport, we have nothing," he said.

"There is a careful balance between the technical challenge that we must retain in F1, because that is a really important element, but not overdoing it to the point where it becomes a distraction from the racing.

"I'd say the attitude is very positive from the teams. With the FIA, we're working to find good solutions for the future."

Brawn did not give a timeline as to when he hoped to have a decision, but there is a desire to rigorously research a plan rather than have a knee-jerk reaction.

It comes after Red Bull motorsport consultant Helmut Marko said F1 chiefs must come up with an independent engine solution for 2021 during this year or risk losing his team.