Formula 1 drivers have encouraged the FIA to consider introducing rear-facing cameras and screens, instead of mirrors, in the future.

The subject was discussed in the Friday drivers’ briefing ahead of the United States Grand Prix in the context of a discussion over Kevin Magnussen’s controversial defensive move on Charles Leclerc in the Japanese GP.

It was acknowledged that the current mirrors have limited rear visibility, with one concern that it is difficult to judge closing speeds of a following car - particularly when DRS is used.

While mirrors have been modified in the 2019 F1 technical regulations cameras - already used in other racing categories - have been suggested as an alternative.

The FIA has been looking into the subject and found three major issues that will need addressing.

The brightness for different weather conditions and the packaging of the devices either within the cockpit or in the normal mirror positions were noted.

There was also concerns about drivers having to switch their focus onto screens that lack perspective, as opposed to traditional mirrors, and then moving their eye-line back to the track. 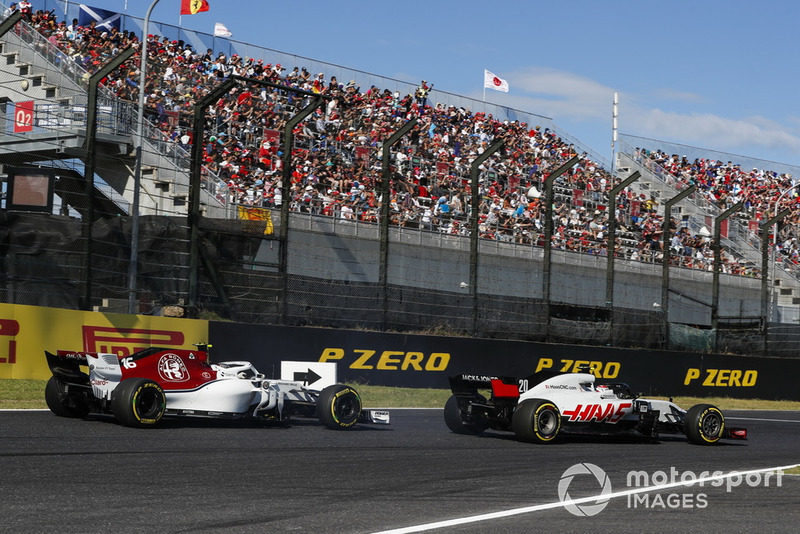 “Charlie Whiting said it was maybe judged in the heat of the moment a bit too light on Kevin,” Carlos Sainz Jr told Motorsport.com. “I fully agree with his decision.

“We also realise that with the mirrors that we have, we cannot see behind us, so that probably Kevin’s move was intentional but also wrongly-judged because of the mirrors, which is something that’s happened to be previously, so I’m not going to put full blame on him.

“We have to put a bit of the blame into knowing that the mirrors that we have are not good enough for F1 standards.

“We’ve proposed having cameras, instead of a simple mirror, which is something that they have in other categories, and I think the FIA is going to have a look at it. But it is not something that has been clarified yet.

“It’s come from the drivers, we know other categories drivers have it. I think they have it in the WEC. It doesn’t mean that it’s going to come, but it could be an option.”

Mercedes driver Valtteri Bottas agreed that cameras would be a good alternative to mirrors.

“I see no reason why it wouldn’t work,” he said. “I think there are many road cars and other racing cars with some clever stuff done with the mirrors, with a screen and small cameras.

“The technology is there. This should be the leading sport for technology, so I’m sure it can be done, and it would be nice to see.”