Formula 1 remains hopeful that spectators will be allowed at “the majority” of races in 2021 – but each case will be judged on the specific local conditions prevailing at the time.

Chloe Targett-Adams, F1’s global director of race promotion, cited the successful vaccine rollout and improving prospects of controlling COVID-19 in the UK as an indication that the British GP will go ahead with fans.

However she noted that it would be wrong to assume that the presence of spectators will become the norm in the second half of the year, because countries are following different timelines as they deal with the pandemic.

“At this stage, I'm still optimistic that the bulk of the season will see spectators,” Targett-Adams said in a Blackbook web seminar.

“And I think it's obviously very territory specific, location specific. You look at the UK, we're in such a positive place, the government has done a great job with the vaccine rollout.

“It enables planning around the British GP with our Silverstone promoter and feedback from UK government at this stage [for] that to go ahead on the basis that there will be fans attending.

“Obviously capacities are still to be determined. And we follow the government's lead on that.

“But equally other countries have a different trajectory. In my mind, I've been seeing it more and more a mixed year.

“But I think in general, we're hopeful that by the end of the year, at least in the majority of locations, we should be having fairly – I hesitate to use the word large, because we're still in a pandemic, and there's variants you don't know – meaningful crowds, and operation of our hospitality.”

Targett-Adams said lessons were learned last year at races where spectators were allowed.

“We were able for example last year in Portugal and Russia to have F1 events with around 30,000 fans. That provided us with a great framework to look to see how we can make sure it's safe, because safety remains the number one priority.

“We know social distancing will remain. And we have to be very clear, working with our promoters and their stakeholders, that we are incorporating those requirements, because otherwise it's just not going to work. So we're hopeful and we're planning on fans being back at our races this year.”

Targett-Adams remains upbeat about prospects for the season and the chances of running the full 23-race calendar.

“Well, I'm feeling excited and also optimistic about the season ahead,” she said.

“We've got, obviously, some clear challenges, the pandemic is still here. But it's already a different calendar to what we had originally anticipated.

“We've got testing for the first time in many years in Bahrain, which allows us to see how we can again try and innovate testing as a format and a product, and build on earlier work that we've done with our broadcast team, and marketing team around that, and trying to create a bigger event.

“Obviously with the pandemic that makes that slightly more challenging from a kind of live event perspective.

“And we'll be starting our season in Bahrain, rather than Australia, with obviously us already working through with the Australian promoter and the Victorian government to reschedule that event later in the year to November time.

“It's the first time ever in F1's history that we are planning on a 23-race calendar. So as with everything with F1, we keep our ambitions strong.

"And just because there's a pandemic, we don't let that stop us from trying to make what seems impossible possible.” 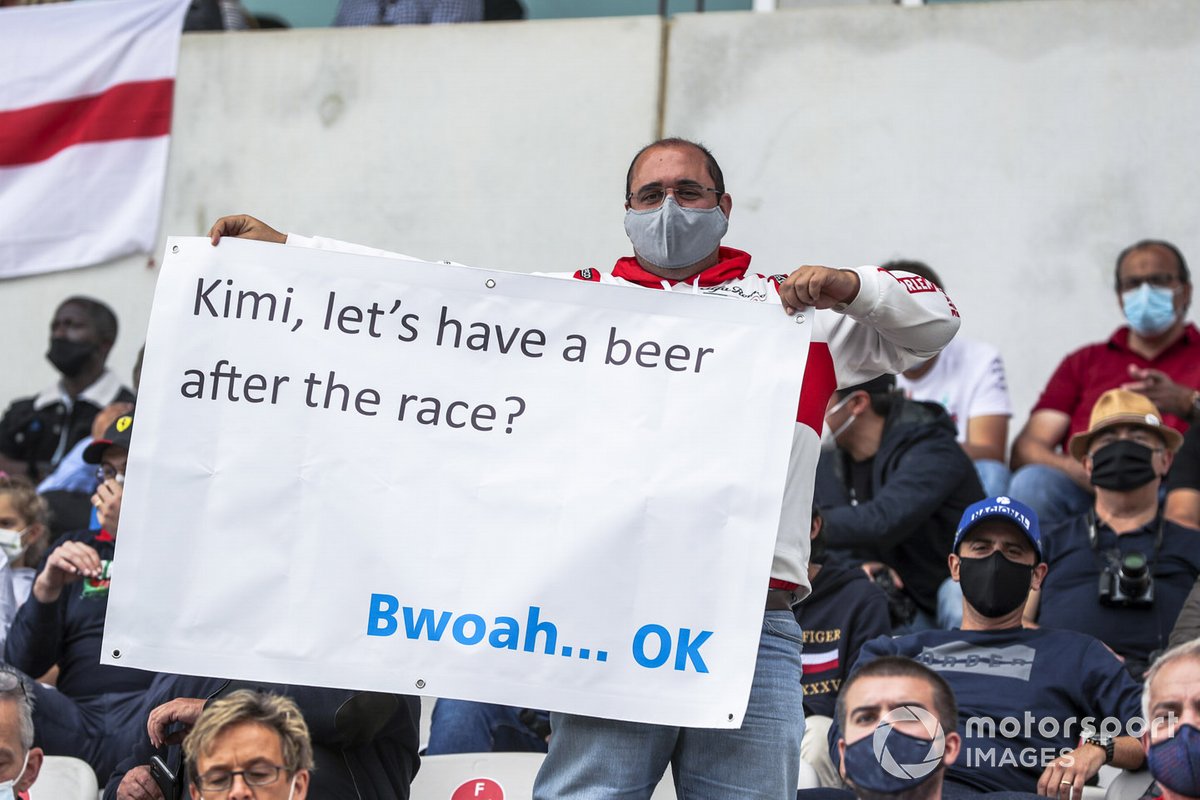 Kimi Raikkonen fan in the grandstand