The Belgian Grand Prix at Spa-Francorchamps has grown into one of the stand-out spectator events on the Formula 1 calendar. Motorsport Experiences, which brings over 40,000 motorsports fans to the event, is working to bring the Spa experience to other marquee events in the sport.

After a few quieter years, a recent revival has made the historic 7.004 km Ardennes venue one of the best attended events on the Formula 1 calendar, restoring its place as one of the monuments of the sport.

The undulating nature of the track not only provides thrills for the twenty drivers but also for the fans. Spectators get to enjoy vistas and sightlines experienced at few other circuits around the world. You never forget your first time gazing at the impossibly steep Eau Rouge and Raidillon combination, or following the cars through the blazingly fast double left-hander of Pouhon.

The Spa organisers have improved the fan experience even further with recent investments, including a new-for-2018 circuit-wide free WiFi network and well as an expanded F1 Fan Zone with plenty of displays and demonstrations for fans of all ages. 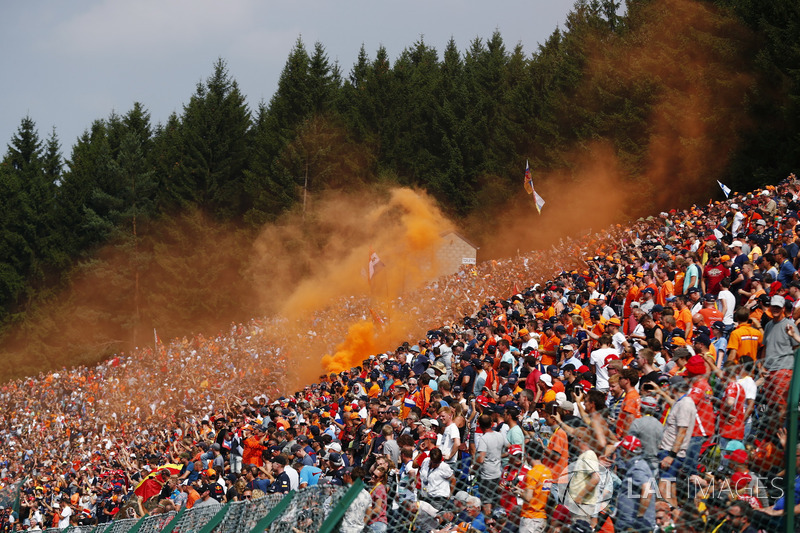 A large Dutch of fans contingent set off orange flares

With fans flocking to Spa from all corners of Europe to witness the best drivers in the world tackle a legendary track, the grandstands are packed with a colourful mix of nationalities. The orange army from nearby Holland in particular adds to the electric atmosphere during the grand prix weekend with nearly half of the 80,000 fans hailing from the Netherlands.

Following its acquisition of leading Dutch operator SportStadion, Motorsport Experiences is providing travelling F1 fans with a full range of services, ranging from tickets and travel to fan villages, campsites and even bespoke grandstands. The Belgian Grand Prix is an integral part of its success.

"Spa-Francorchamps remains an iconic circuit," says Stefan van den Berg, Managing Director of SportStadion and Motorsport Experiences President. "Especially for the Dutch fans Spa is a home grand prix both in terms of its proximity and its culture. It's an important place for F1, and also for Dutch motorsport."

Through SportStadion Motorsport Experiences plays an integral part in the filling up the grandstands around the venue, including its very own Orange Experience Stand, and creating a unique atmosphere.

"If you add up Saturday, Sunday and weekend tickets then we are talking about 40,000 people," Van den Berg adds. "As such Motorsport Experiences is an important partner for the local promoters.

"The atmosphere at Spa is brilliant. It's almost like a football World Cup in terms of the togetherness of the fans. Fans are experiencing the emotion of Formula 1 with friends and even with people they don't know. Together they are creating memories." 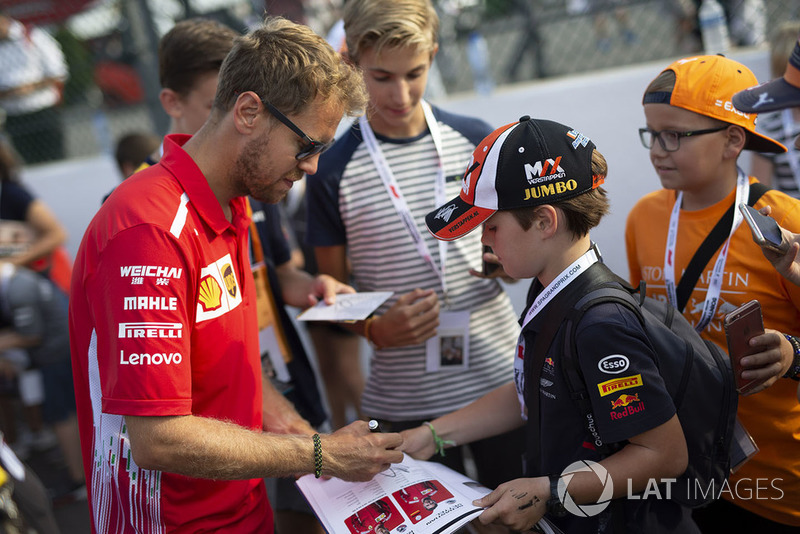 Following its success in the Netherlands with SportStadion, Motorsport Experiences is now working to branch out into other territories and forms of motorsport. "We've had success in Austria, Germany and Silverstone and also Abu Dhabi is becoming more popular," Van den Berg adds.

"Now Motorsport Experiences wants to take the next step. We enjoy a good relationship with Red Bull Racing, but we're also talking to McLaren, Renault and others. We want to bring what we've learnt in terms of fan engagement to other drivers and teams.

"We also want to expand our scope outside Formula 1 and take a look at how we can improve the fan engagement in categories such as Formula E, MotoGP, the World Endurance Championship and the Isle of Man TT.

"What we're doing with Dutch fans is also possible with Americans, the British or the French. People want to have a great experience. Those are universal values. Motorsport is fun, it's exciting and it's exactly why Motorsport Experiences exists."