Mercedes boss Toto Wolff has said it was a "shocker" to discover last week that rival Formula 1 squads may have been exploiting flexi-floors to help control porpoising.

As part of the discussions between the FIA and teams about a planned safety clampdown on excessive porpoising that drivers are unhappy about, one area of focus has been on the stiffness of the floors and planks of cars.

Motorsport.com understands that during talks in a Technical Advisory Committee (TAC) meeting in the week after the Canadian Grand Prix, suspicions emerged of some teams pushing the boundaries of the rules that are supposed to limit the flexing of their floors and planks.

The current regulations stipulate a maximum deflection of 2mm at the two middle plank holes and no more than 2mm at its rearmost hole in a bid to ensure that the floor is stiff enough.

However, there were claims some teams have managed to cleverly flex the floors by as much as 6mm in total, which would allow them to run with higher rake and much closer to the ground for increased performance without the risk of suffering the ill effects of ground strikes.

Sources suggest a number of teams were surprised at what their competitors had been up to, with Wolff confessing how taken aback he was about the situation.

"Nobody had an idea until the FIA brought it up in the last Technical Advisory Committee, which was to a great surprise of all the teams," he explained.

In response to the revelations over flexi-floor antics, the FIA responded as part of its bid to reduce the effects of porpoising by notifying teams of a planned change to the rules.

In the draft technical directive issued at the British Grand Prix by the FIA's single-seater technical director Nikolas Tombazis, and which comes into force in France, the FIA has announced a tightening up of the rules regarding floor stiffness. 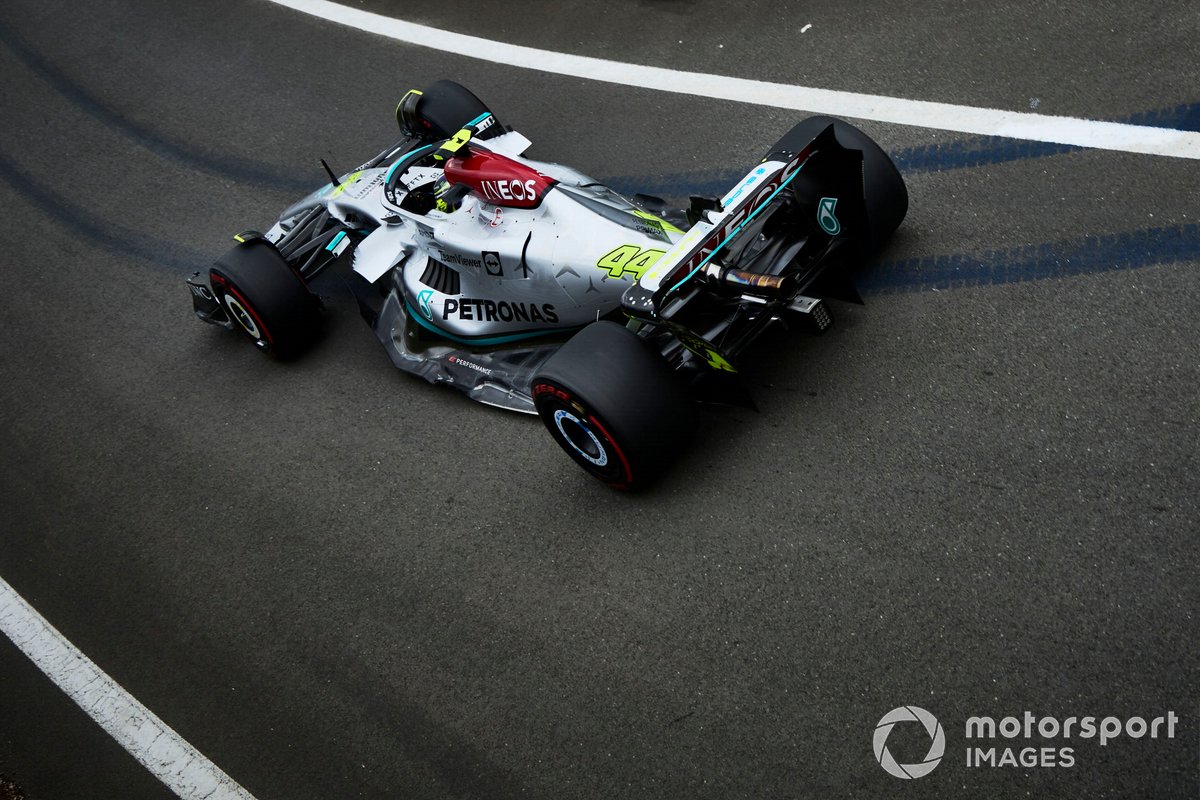 It made clear that it was making the move to ensure that there was "a fair and equitable relevance amongst all the cars," which perhaps suggested that was not the case before.

Tombazis made clear that the FIA believed teams having 'excessive deformation' of the floor was being done: "to achieve significantly lower ride heights, and hence an indirect aerodynamic gain."

The 2mm tolerance will be rigorously enforced and the stiffness around the floor hole must now be uniform for a radial distance of 15mm outside the periphery – with a variance not exceeding 10 percent either way.

The FIA added: "Competitors will be required to demonstrate compliance with these provisions by way of a detailed inspection of both the CAD and the physical installation, as well as Finite Element analysis."

A number of teams have welcomed the move by the FIA, as they suggest that the governing body must have acted because it felt some teams were going too far with what they are doing.

McLaren team boss Andreas Seidl said: "There must be a reason why Nikolas has put up some clarifications in what he wants to see and what he expects.

"From our point of view, we are happy with this clarification which is in the TD because in the end it should help us that we are all on a level playing field."

While it is unclear which teams were potentially playing around with flexi floors, Mercedes trackside engineering director Andrew Shovlin reckoned that the change could help move his squad nearer the front.

"When it came to light, we realised there's opportunities that we've perhaps not been taking or exploiting," he said.

"So it won't affect us in how we run our car. It may well be it affects our competitors, and, by virtue of that, we move a little bit closer."

Why Binotto retains faith in his F1 strategy team at Ferrari

Hamilton: "Way more" to be done to help progression from W Series

Ferrari says the use of team orders between Charles Leclerc and Carlos Sainz is “more discussed outside Ferrari than inside Ferrari” as it targets parity with its Formula 1 drivers.