F1 grid mustn’t grow while teams are so unsafe 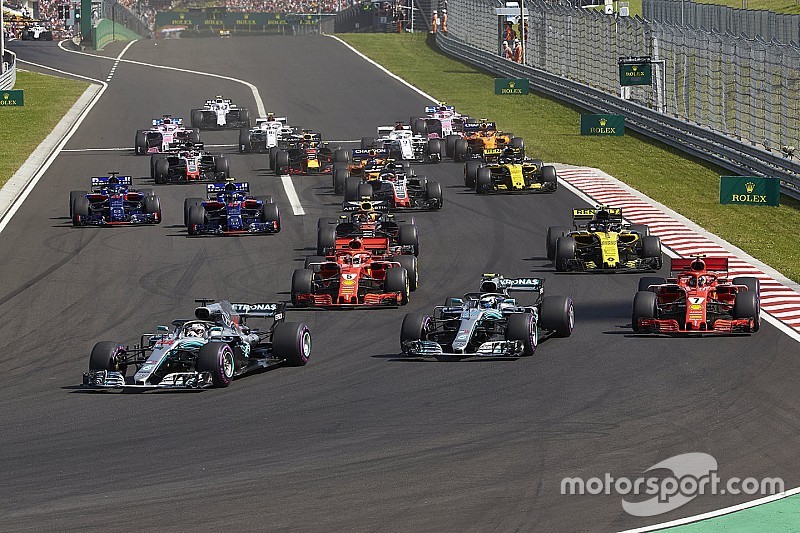 Formula 1 should not add more entries until it makes all teams financially stable enough to avoid problems like Force India going into administration, according to Haas.

Force India has finished fourth in the constructors’ championship for the last two seasons but went into administration prior to the Hungarian Grand Prix to try to protect the team against rising debts.

FIA president Jean Todt said last year there was the chance to add new entries as early as 2019, but later admitted there had been no “serious” approaches.

Haas team boss Gunther Steiner said Force India is “a team which deserves to be here” and hopes it finds a sensible, long-term backer.

“I hope it’s the right people, that’s the only thing,” he said. “Somebody who buys it [who] is here to stay, and all the people keep their jobs and [F1 can] keep on going with 10 team in the future.

“You can race with 18 cars but I think 10 teams is a very healthy number. I’d rather have 20 strong cars than somebody who shouldn’t be here. I think we should look after the 10 teams we have.

“Everybody says we should have 11 and 12 teams. There are 10 teams struggling to stay alive, so why do we worry about the 11.

“Should we not worry to keep the 10 here in business? Let’s be realistic, not always this, ‘Oh we want more’.”

The last time F1 had a major influx of new teams was 2010, when Lotus, HRT and Virgin joined the grid.

All three were enticed in under the promise of a cost cap, which has been tabled again for 2021, that never materialised and they were a collective failure.

HRT made it to the end of 2012, while Lotus was renamed Caterham after two seasons then went into administration at the end of 2014.

Virgin became Marussia and was the only one of the three new teams to ever score points, thanks to Jules Bianchi’s ninth place in Monaco in 2014.

However, it fell into administration later that year as well, survived as Marussia/Manor for 2015 but collapsed as new entity Manor at the end of 2016.

Force India’s situation appears healthier than those teams that fell into administration before.

When asked if 2021 was a good time to enter F1 with the impending rules overhaul, Steiner: “I can’t look into the future but first of all we have to save Force India.

“Then at the end of 2020, when all the old teams are stable, well served and they are all safe, then we can see.

“There are more licenses out there, it could be possible to do that. I’m not against it. There’s no point to have 11 in and then a year after, two of the 11 go away and then you’re down to nine again.”

How Ricciardo arrived at his toughest choice

Mercedes conservative on tyres for Spa and Monza