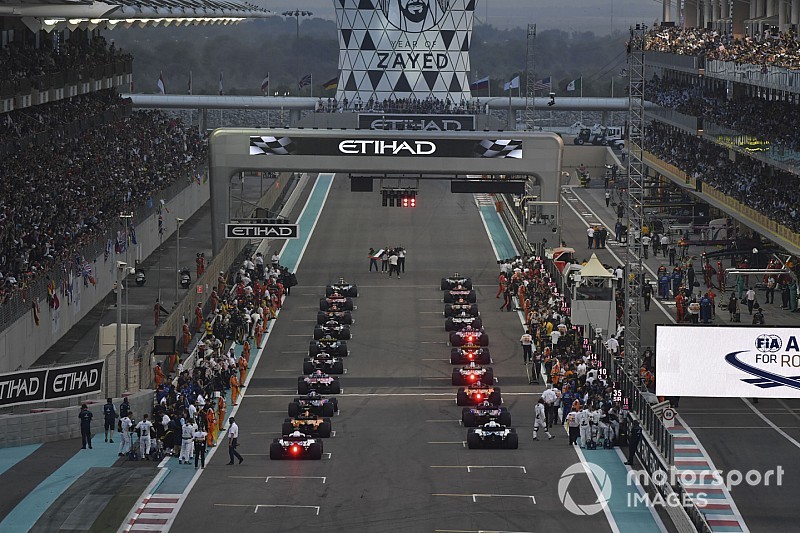 Formula 1 has offered hints at possible alternatives to grid penalties in a new survey for fans.

As part of its 'F1 Fan Voice' online community, F1 regularly carries out surveys to gauge the opinions of its audience.

In the latest of these surveys, it notes that "Research conducted by Formula 1 shows that fans are not satisfied with the existing grid penalties system", and says it would like to "understand your view on some alternative options".

Before listing the options, which include finding ways to affect drivers' free practice running, qualifying performance and even applying points penalties, it asks fans to consider that "any alternative should be… simple to understand; a temporary setback for the driver; not encourage drivers to avoid running in qualifying; not financially related".

Alternatives that would affect a driver's free practice preparation are either reducing the number of tyres available to a driver for that weekend, or reducing their track time to give them less chance of finding a perfect set-up.

Potential qualifying punishments suggested are adding extra ballast to a car for qualifying, reducing the fuel flow or electrical energy, or removing the use of DRS for that driver – all with the aim of "increasing lap time and resulting in a lower grid position".

Other penalties put forward for consideration are reducing a team's permitted wind tunnel testing time, or giving drivers a stop-go penalty that could be taken at any time during the race.

With the suggestion of applying points penalties, which has often been suggested by teams and fans in the past, the survey asks fans to "Note that points are not deducted for any other infringement in Formula 1".

Points penalties would either be applied to the driver or the team, depending on which committed the infringement.

For the penalties that would affect a driver's free practice or qualifying, any rules breach that occurred too late in the weekend for the penalty to be served would be carried over to the following event.