Grosjean: “I need to be better” at managing brake problems 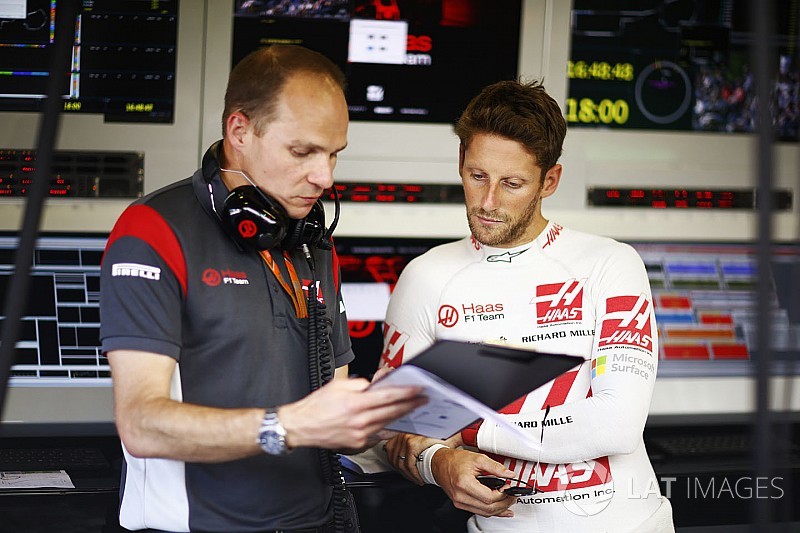 Romain Grosjean has admitted he needs to get better at driving around the persistent brake issues that have plagued his Haas Formula 1 car.

The American team has suffered with recurring brake issues for much of its time in the sport so far, and has attempted fixes and run tests with both current supplier Brembo and alternative option Carbone Industrie.

But while the outfit is optimistic that the problem will finally be put to bed going forward, Grosjean insisted amid a tough Azerbaijan GP weekend that he needed to better adapt to the situation.

The Frenchman, who trailed teammate Kevin Magnussen in all sessions around the heavy-braking Baku street circuit, said: “To be fair, I don't want to speak about brakes anymore.

“I just need to be better in those conditions and improve myself. There are things behind the scenes but I'm not blaming anything.

“The brake feeling has been terrible all weekend long but Kevin's got the same comment and he can drive around [it], that's why I'm saying I don't want to blame anything.”

He added: “Braking is my strength, since Formula Renault. But when things are not working as I want, it's my biggest weakness. It can be my strongest point or my most weak point.

“When it's not good, then I'm lost. I admit it and I need to work on that and I'm sure I can get better.”

When asked about why Magnussen appeared to be more successful at driving around the brake issue than Grosjean, team boss Gunther Steiner said: “I think it's different driving styles.

"Romain maybe brakes later and harder and then turns, and maybe Kevin brakes into it and turns already, so maybe it's easier to feel the brake.

“I'm not a race car driver so for me I just can see it from data and my experience what people do, but that is what my gut feeling, a different driving style - and therefore Kevin can drive around it a little bit more.”

Grosjean suggested he needed to add a 'B-game' to his set of skills, saying: “When the brake feeling is terrible, I need to find a way that I can work with it.

“When they're great, that's my strongest point in racing, braking very late, very hard and turning the car with the brakes. When I cannot do that, then I just need to find more tools.”

For his part, Magnussen noted that Grosjean “seemed to get very angry” in regards to the brake problem, although he conceded it was "not easy at all" to cope with.

He added: “Brakes is the most important thing that you need to have working because it takes away a lot of confidence if you don't know what's going to happen if you push the brakes.

“So it's not a good situation but it's something that's a little bit out of our hands.”

Asked by Motorsport.com whether a relaxed mentality was helping him deal with the problem, he said: “I mean, there's not much we can do about it, it's one of those things, it's like complaining about the weather. There's not anything you can do about it, you just have to deal with it.”