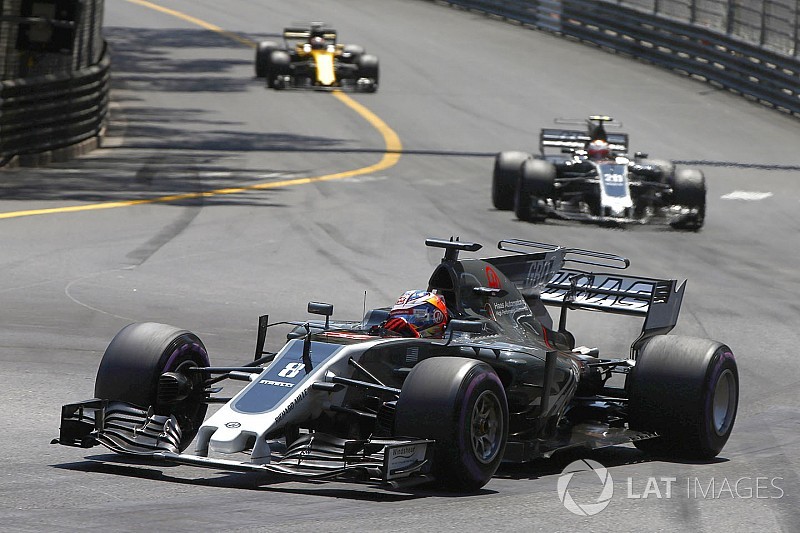 Haas boss Gunther Steiner believes the growing maturity of his team, rather than a simple dose of good fortune, was behind his team's "historic" first double points finish in the Monaco Grand Prix.

Romain's Grosjean's eighth-place finish, and Kevin Magnussen's 10th spot, was the first time that Haas had managed to get both cars home in the top 10.

And with the American outfit now having scored in four of the six races held so far this year, Steiner believes that his team can now target pushing for even better things in the future.

"It is just maturity," Steiner explained. "You need to get better, and with time a lot of things get better. Rome wasn't built in a day. This was an historic day, but you always want to do better. That is life."

Steiner is well aware that putting both cars in the top 10 at every race will not be easy from now on, but he thinks the foundations are there for it to at least target that.

"We will still have drops but we matured a lot over the last one and a half years," he said. "But it is maturity and certain things you just learn with time – you cannot buy it.

"You need to make the mistakes, learn and react. But I think this weekend I was very impressed with the team. We went out in FP1, FP2, FP3 qualifying, and we always executed things well.

"There was never any big issue, especially in the race. Monaco is always a bit hectic on the pit wall, but even with two cars fighting for points, it was a very controlled environment. I think we will have some more hits, but for sure it is getting better."

Haas is locked in a tight battle for fifth place in the constructors' championship with Williams, Toro Rosso and Renault – with Force India currently clear ahead in fourth spot.

But despite Haas' growing momentum, Steiner says that he will still be happy to finish the year as the sixth best team.

"You never give up, but it looks like Force India were in the right place at the right time a few times this year and always with two cars," he said.

"It could turn, and here it turned for them, they didn't score in Monaco and a few like this it will go pretty quick backwards. But they have a good margin so let's see. If I say we go for fifth it will be a bit greedy. If I can get sixth we will be happy."