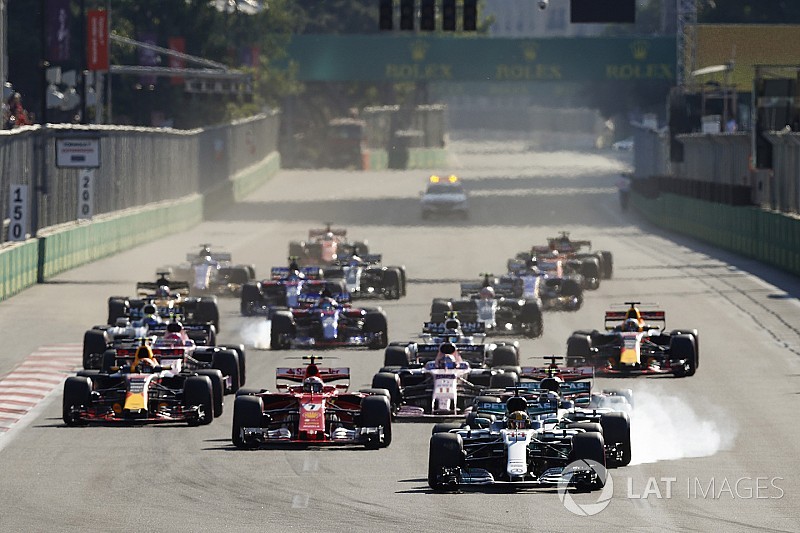 Toro Rosso team principal Franz Tost says Formula 1 must make sure at least 'three or four' teams are in a position to fight for the championship in order to provide a better show.

The Mercedes team has dominated the past three seasons, and only the German squad, Ferrari and Red Bull have won races since the start of the hybrid engine era in 2014.

F1 sporting boss Ross Brawn and the sport's new bosses have made it clear that they want the big players to rein in spending, stressing that there should be less of an emphasis on resources buying performance, with limits imposed in certain areas of development.

Tost reckons, however, that F1 would benefit greatly from having more top drivers fighting for victory.

"We must not forget the regulation change only makes sense if we improve the races, if races become more interesting," Tost told Motorsport.com.

"We must come up with a better show. That means there must be a possibility that a minimum of three or four teams are fighting for the championship.

"Currently this year we have more spectators in front of the TV, because it's such an interesting fight between Hamilton and Vettel.

"Can you imagine if Alonso is there, if Ricciardo and Verstappen would be there? It would be fantastic. This is what people want to see.

"This must be the target from Liberty Media, to find a basis where via the regulation to reduce this gap which is now between the two top teams and Red Bull, and between the Red Bull and the other teams, to reduce this."

Tost is encouraged by the fact that the leading teams have begun to acknowledge that cutting development avenues and hence reducing spending is a sensible way forward.

"That's the key. The key is what the top teams want to do, and now Liberty Media will hopefully find solutions that all the parties then agree.

"The main target must be to reduce the ways of development as much as possible, because what's expensive? Development is expensive.

"If this is the case, you can do it via regulations as well, if you say this is the regulation, you are only allowed to bring one or two upgrades during the year, and if everything is very much limited from the development."