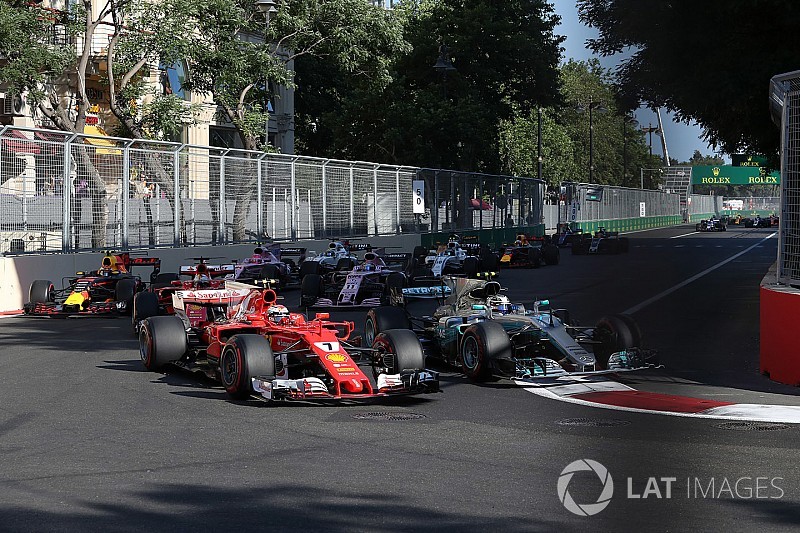 Formula 1's ongoing controversy over oil burn would not have lasted this long if some teams had not been pushing the limits of the regulations, reckons French car manufacturer Renault.

The issue of teams burning oil as fuel to help deliver a power boost came up on the eve of the season when Red Bull queried the behaviour with the FIA.

At the time, Red Bull suspected Mercedes had been cleverly exploiting this area – although the German car manufacturer hit back and suggested its Milton Keynes-based rival had been seeing 'ghosts'.

But talk about oil burn resurfaced on the eve of the Azerbaijan Grand Prix, when there was another clarification issued by the FIA making it clear that no team was allowed to use any chemicals in its oil that could help with combustion.

The suggestion was that this latest move came following some questions raised about the matter by Mercedes, which had been focusing on areas that title rival Ferrari may have been exploiting to boost its performance.

Although Ferrari strongly denied it had been doing anything against the regulations, Renault is sure that the FIA would not have gone as far as issuing a fresh technical directive if it did not have suspicions that teams could be misbehaving.

Renault's F1 engine chief Remi Taffin said: "You never have these kind of discussions and clarifications from the FIA if something hasn't been done.

"But I have to say that as far as we are concerned, we did not really pay attention to this [last clarification]. We had much more to do rather than get the last bit out of this kind of things."

Taffin is confident, however, that the latest ruling from the FIA will have been enough to ensure that everyone was now operating on a level playing field.

"We obviously understand what is being done," he added. "We fully appreciate the fact that we need to burn fuel [only], and that is what we need to do.

"At the end of the day I don't think anyone is doing anything like that any more. Just look at what is out there these days and that is the proper comparison."

Force India's COO Otmar Szafnauer, whose team runs customer Mercedes engines, regrets that the oil burn matter has dragged on so long – considering it has been talked about for several years.

"The FIA had an opportunity to fix it a long time and didn't take it," he said. "It is one of those things – my neighbour once told me if you put your time in early with your child, once they are an adult you are done.

"But if you don't, you are forever chasing them. And this is the same. If they had done it at the beginning they wouldn't be chasing it now…."