McLaren doctor and fellow Finn Aki Hintsa does not think Kimi Raikkonen will struggle on his return to formula one next season.

2007 world champion Raikkonen's decision to come back to the sport with Lotus after a couple of seasons away has been compared with Michael Schumacher's recent struggle to readjust after a three-year sabbatical.

But Hintsa, who knows Raikkonen well after the now 32-year-old's five-year tenure at McLaren until 2006, plays down that comparison.

"Physically, Kimi is definitely as strong now as he ever was," he is quoted by Turun Sanomat newspaper. 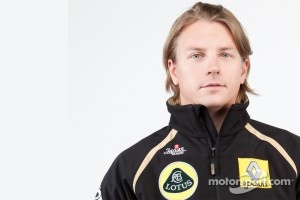 "It is clear that a return to F1 for Kimi will be easier than it was for Michael Schumacher two years ago.

"First of all, Kimi is so much younger than Michael, and secondly, he was not away for as long and while he was away, he kept driving in a very demanding category," said Hintsa, referring to Raikkonen's world rallying exploits.

Indeed, while Raikkonen only turned 32 some weeks ago, Schumacher is clearly F1's oldest active driver as he approaches his 43rd birthday in January.

"At that stage of life a ten year age difference is a major factor in top-level sport," said Hintsa.

"When an athlete turns 40, the response time begins to slow down naturally and there's nothing you can do about it. It is not possible to turn back the clock."

Raikkonen can't wait to get back behind the wheel