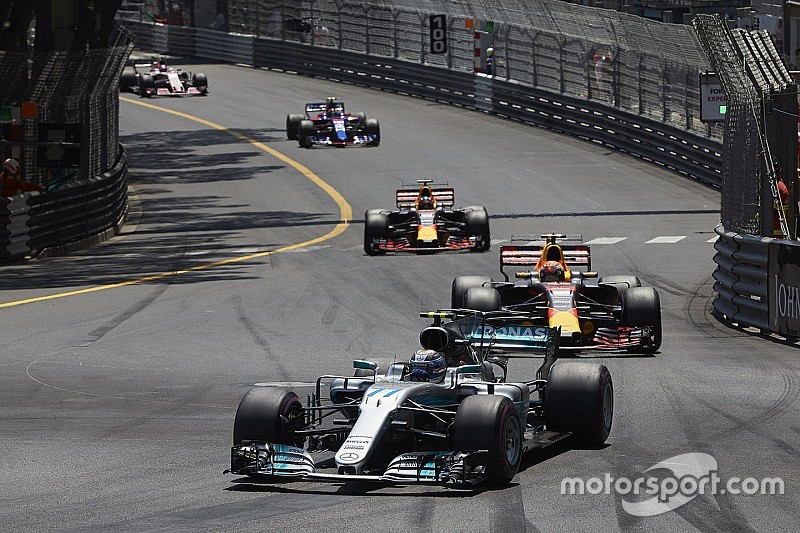 Formula 1 chiefs have started a joint research programme with the FIA to look into ways to make cars better able to race each other.

Although the start to the 2017 season has been close – with Ferrari and Mercedes battling it out hard for wins – there has been concern about a lack of overtaking.

Only once, at the Spanish Grand Prix, has there been a passing move for the lead when Lewis Hamilton on better tyres was able to get past Sebastian Vettel.

F1's sporting managing director Ross Brawn said at the Canadian Grand Prix on Friday that the difficulties of overtaking had been acknowledged, and one of the tasks that a group of engineers he had employed were working on was how to create more raceable cars.

He also expressed some concern about the fact that there was such a big gap between the top three teams – Ferrari, Mercedes and Red Bull – and the rest of the field.

"If I am honest, we have been very fortunate this year that we've had two teams that are battling it out so strongly at the front, and I wouldn't like to claim any credit for that," said Brawn, when asked by Motorsport.com for his perception on the racing spectacle. "It has just been good timing.

"But I think with the real recognition that there has to be some work done to consolidate that for the future. There is a slightly worrying gap between the front and the middle of the field that we need to pay attention to.

"We are still starting to understand the behaviour of these cars with regard to how well they can race each other.

"We have just initiated our aerodynamic programme to have a look at the design of these cars and see what we can do in the future to make them more raceable. That is something we are doing with the FIA, we are starting a research programme."

Brawn pointed out that the issue was not to find ways to simply improve overtaking, but more to better understand the philosophy of cars to find ways to maintain current downforce levels but allow the racing to remain spectacular.

"I don't want to call it an overtaking working group, because that is not what we are looking to do," he said.

"We are looking to create a group that can look at the design of cars presently and in the future to make sure they are raceable, because the feedback from the drivers is it is difficult.

"So we need to retain the aerodynamics but we need to do it in a way that makes the cars more raceable. You cannot guess that, you have to do work to establish it.

"But I don't think we are taking anything for granted. We are fortunate that we have got some great racing going on, and we need to make sure we can do that more consistently in the future."

F1 "at a crossroads" over road car relevance - Brawn