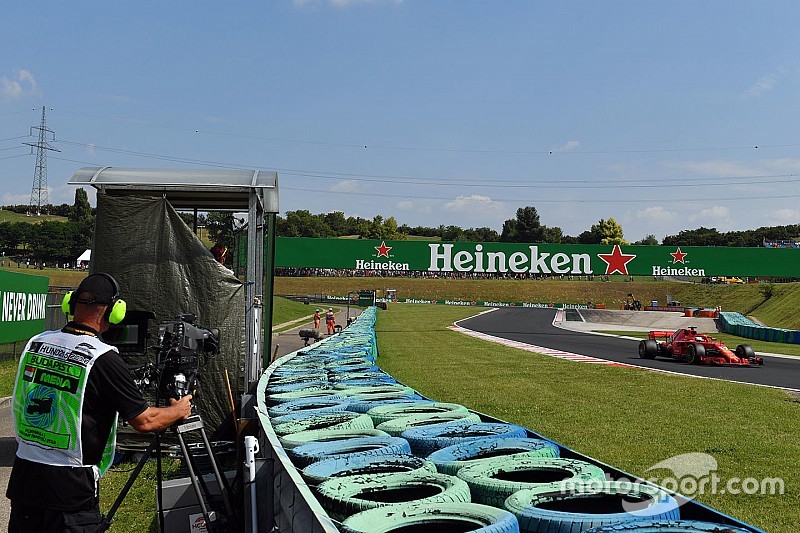 Formula 1 is to adjust trackside TV camera positions this season in order to better translate the speed of the cars to the screen.

The idea is to make the current generation of high downforce cars look more "edgy" than they have done in the past.

"There's a big push for 2019 is to reflect the speed of the sport, and the pace of the cars," F1's head of TV and media Dean Locke told Motorsport.com.

"There's a rethink on all camera positions. If you're in the grandstand and watch them, they look incredible, don't they?

"Camera angles, or lenses, can cheat that quite a lot, and make them look not so dramatic and not quite as quick.

"So we looked at different ways to do that, a few little tricks. We've always been good at doing whip-pans to show the high speed of the cars, making them look a little bit more edgy in places.

"There were some tracks last year – in Japan for instance – where we really highlighted where these cars are good."

F1 is also continuing to work on power unit sound, which has been an issue since the hybrid era began in 2014.

"Audio has changed quite dramatically. We've done a lot more around the car and on the car. If you look at the pictures, they tend to be at the front, and the audio out the back. A lot of thought went into that in 2018, and a lot more for 2019.

"It is successful, but at some tracks it's better than others. The Honda engines sounded really good last year. We've done some really exciting stuff on that."

Another key area for development in 2019 is the partnership with Amazon Web Services, which will allow F1 to add more strategical elements to its graphics.

"We're doing lot of work with AWS and their machine learning capabilities to explain things like the undercut/overcut. We're using their platform to give us the data, the information, for some graphics," Locke added.

"It's a pretty powerful tool, and we're just touching into it now, what we can achieve or can't achieve.

"For example, the pit stop strategy, why did they come in, why didn't they come in? We're relying on a very good commentary team to explain that, which in the UK we're very lucky to have. You can't take it for granted in the other 200 territories and over 90 broadcasters.

"We have graphics that can actually explain, 'He started on those tyres, he's going to stop then,' while actually making it more dynamic, because if the VSC comes out it can throw those kind of things out.

"We're using all the data from Friday and Saturday to come up with that algorithm of what we think will happen. If we can explain that in a simple and easy to read manner, it will be a huge win." 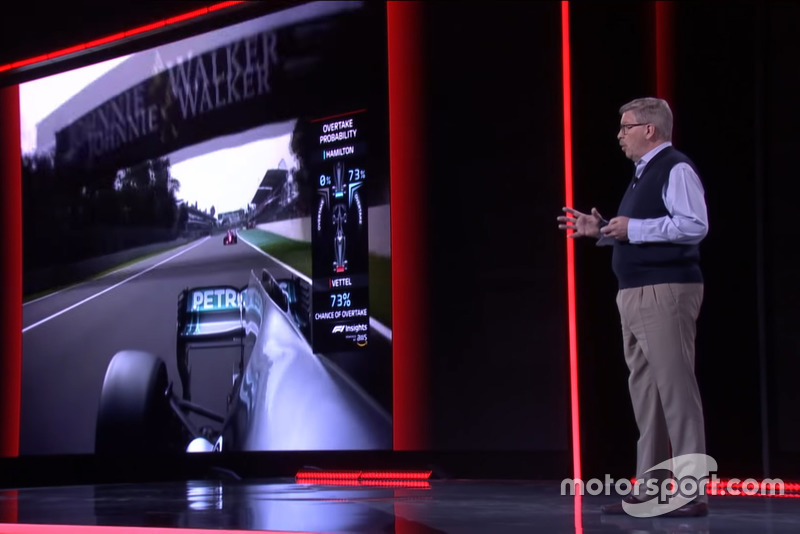 Ross Brawn, Formula One Managing Director of Motorsports speak about F1-TV in 2019

Why Liberty can't win the battle for F1's soul yet