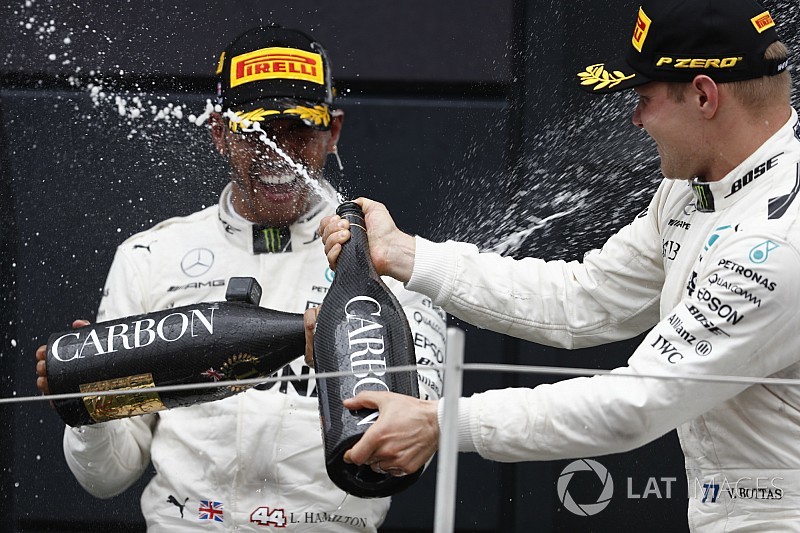 Premium champagne maker Carbon has become as an official supplier to F1 in one of the first new commercial deals to be completed under the ownership of Liberty Media, and its $3000 magnums will be used at every race from now on.

Liberty has made it clear from the outset that it plans to ramp up the number of F1’s official partners and suppliers, whereas in contrast Bernie Ecclestone preferred to foster exclusivity and focus on a smaller number. More deals are expected to be announced in the coming months.

Carbon magnums were first trialled at the Monaco GP, with the top three positions represented by gold, silver and bronze labels, and it has been on each podium since then.

However, a multi-year deal for the brand to be named as the official champagne of F1 has only just been formalised, and hitherto there has been no marketing support.

F1’s marketing boss Sean Bratches said: “The unique feature of a bottle made with carbon, the material so representative of the amazing technology in our sport, is a further element that makes Champagne Carbon the perfect product for the drivers to celebrate with on a Formula 1 Grand Prix podium.”

Champagne Carbon was created five years ago, but it is related to a company which has been making wine since the 1800s.

It is known for its unique bottles, which are dressed in a thin layer of real carbonfibre – which helps to explain the high price of the product, and why the Champillon-based concern has pursued an association with motor sport. It is also a partner of the Rebellion Racing WEC team.

Sources have suggested that FOM is planning to undertake tests with cameras fitted to the podium bottles in order to provide a novel angle for TV viewers.

The Carbon deal also means that champagne will be back officially on the podium, with a previous Chandon deal being deemed to be a sparkling wine.

Max Papis: My most memorable win