Subscribe
Previous / On this day: How Jean Alesi rocked F1 at Paul Ricard with Tyrrell Next / Red Bull not interested in early F1 release of Fallows to Aston Martin
Formula 1 Special feature

Sprint races have been confirmed for three races in the 2021 Formula 1 season, but what are they and how will they work?

What is a sprint race and why are they coming to F1?

A sprint race is essentially a shortened version of a normal race, taking place over a shorter distance. They’re used in many other series, though perhaps most notably for Formula 1 is their inclusion in the Formula 2 race weekend. In F2 the sprint race is 120km and the feature race covers 170km, though are usually no less exciting.

The reason they're coming to Formula 1 is to ramp up the excitement of the whole race weekend. With fans now having a highlight on each of the three days (with either qualifying or a race), it should make for an overall better experience. F1 has long been looking to make changes to the traditional race weekend format and while other options like reverse grid races were considered, they were ultimately unfancied compared to sprint races. 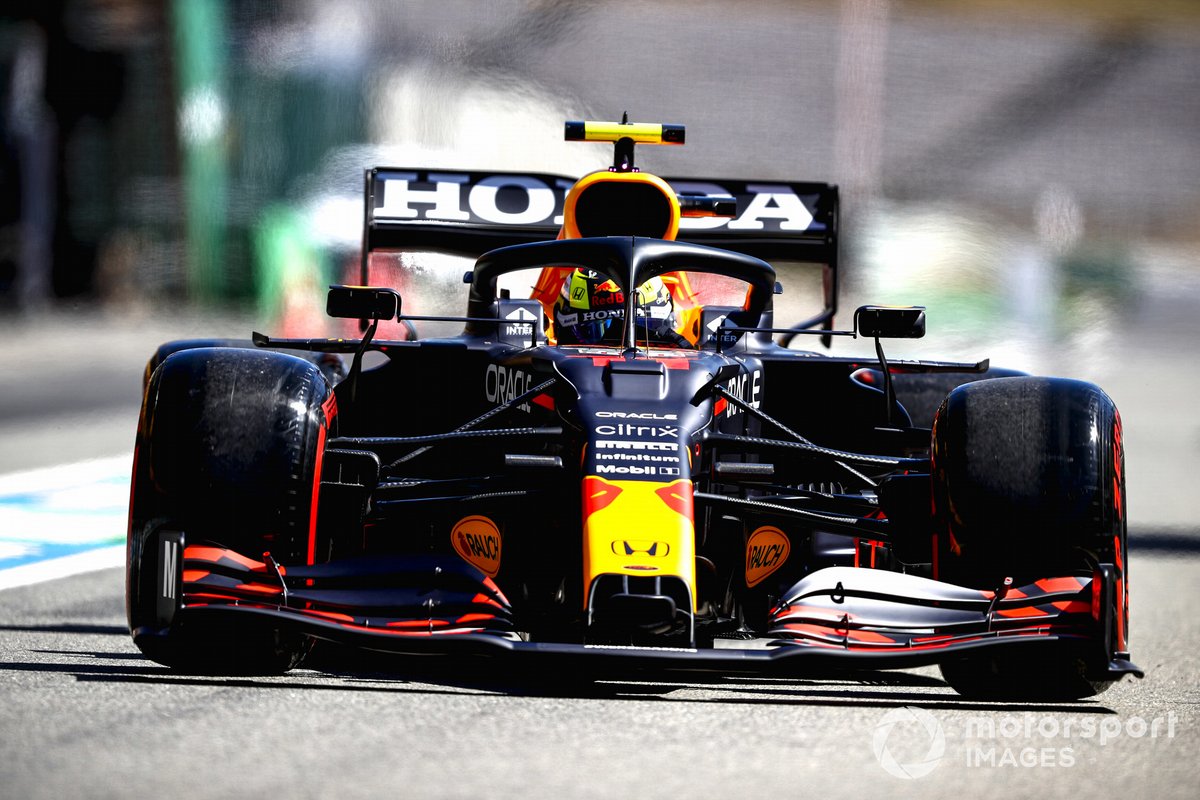 How does F1’s sprint qualifying work?

What is the sprint race weekend format?

On Saturday the familiar one-hour final practice session remains in place in the morning, but qualifying is replaced by a sprint race. Sunday remains the same though, with just the F1 grand prix in the afternoon (or evening if it is a night race).

The sprint races themselves will be run over 100km, with the full-length races staying at 305km or 260km for Monaco. There will be no mandatory pitstops, though drivers will be able to enter the pits should they want to.

The sprint race weekend format will be:

The timetable for the British Grand Prix, the first GP to hold a sprint race, puts both the free practice sessions in the afternoon, though it’s unclear whether this is just for this race or if it will be used at others.

Rules around tyres are also changing. In Friday’s first practice each driver can only use two sets of tyres, while the Friday qualifying session will provide drivers with five soft tyres sets. After that teams will use these options for tyres for the remainder of the weekend: 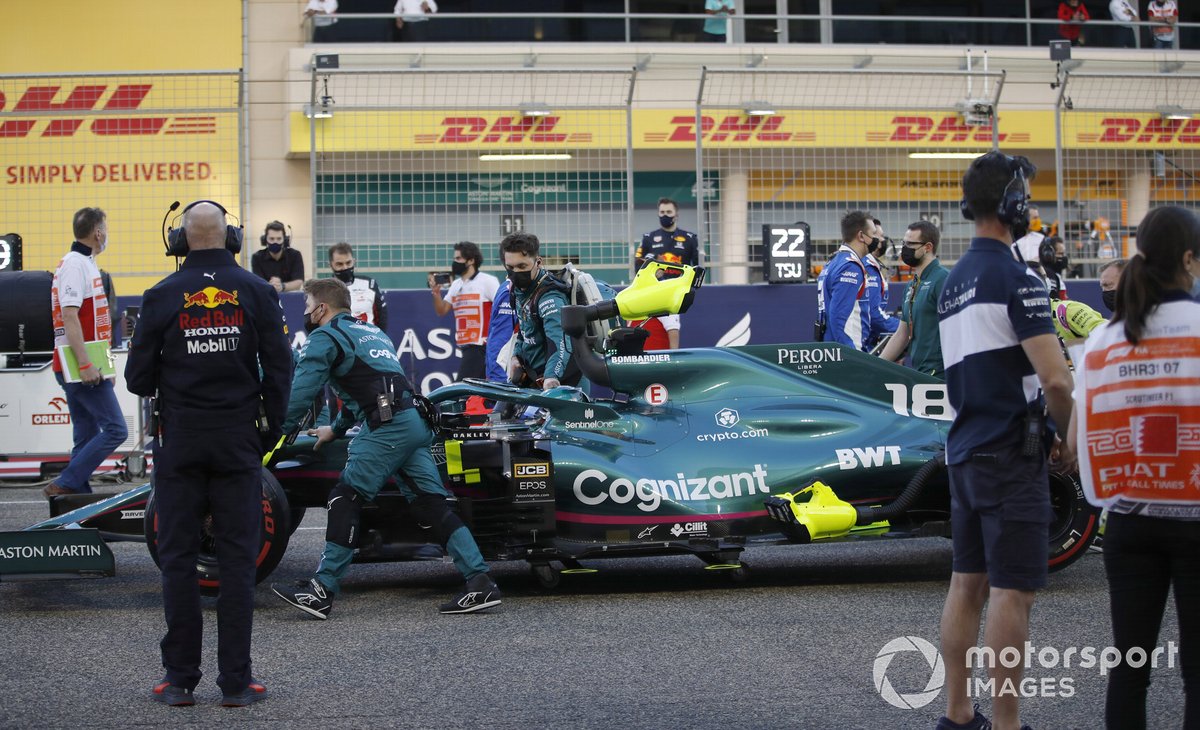 How many sprint races will happen?

Currently there are three sprint races planned for the 2021 season, the first of which is scheduled to take place during the British Grand Prix at Silverstone on Saturday 17 July, 2021. While the second and third sprint race venues haven’t been announced yet, the understanding is that there will be two sprint races in Europe and one at a flyaway event. With Silverstone confirmed as one of the European races, it’s thought that the Italian Grand Prix weekend in September will host the other European sprint race. The third sprint race has been rumoured to be the Brazilian Grand Prix in November.

Will drivers and teams score points for the sprint races?

Points will be awarded for the sprint race, but only to the top three finishers. First place scores three points, second place scores two points, and third place scores one point. Unlike the full-length race on Sunday there will be no podiums for sprint races, however the winner will receive a trophy in parc ferme (similar to how the polesitter gets a miniature Pirelli tyre for qualifying first).

What will happen if a driver doesn’t finish a sprint race? 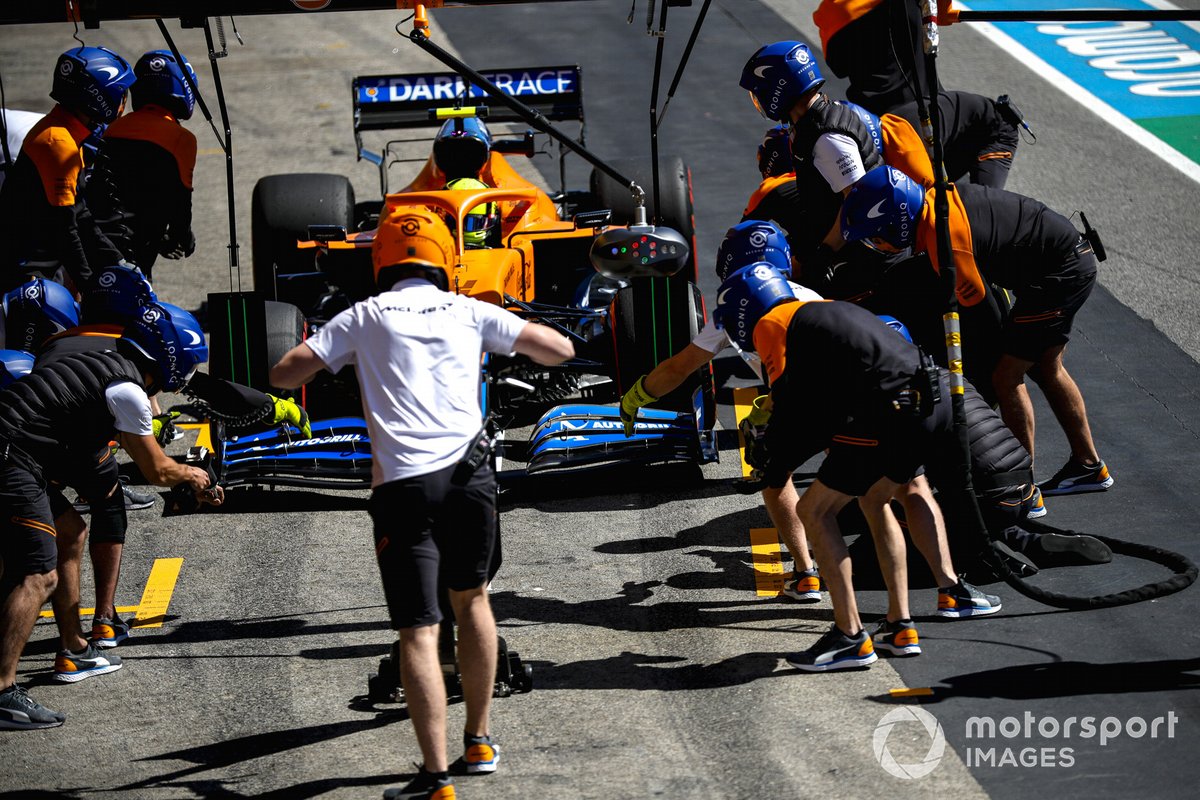 What happens if a car gets damaged?

To offset the cost of sprint races a package worth around $500,000 for the three events has been agreed with teams. In addition to this payment there’s also a compensation scheme for teams who suffer damage during sprint race qualifying, which should ensure that a driver who damages their car on Saturday should still be able to continue on Sunday (much as they would if they crashed out of qualifying on a normal race weekend). Outside of the monetary aspect, if a car suffers damage during a sprint race then teams will have to replace the broken parts with like-for-like parts. This is because the cars enter parc ferme conditions – the point at which major changes can no longer be made – when they enter qualifying on Friday.

Will sprint races be used in the future in F1?

It’s unclear whether sprint races will be continued beyond the three planned for the 2021 season. If the races are a success then they may well be continued into the 2022 season and beyond, though F1 does not intend to run them at every race. However there’s a chance that, if drivers, teams or fans don’t enjoy the new format, sprint races could be dropped. During the 2016 F1 season, for example, the controversial “elimination qualifying” format – in which every 90 seconds of qualifying the slowest car was eliminated – was dropped after two rounds following a backlash from drivers, teams and fans.

What have drivers said about sprint races?

Reaction to the sprint races has been largely positive, with drivers and teams excited about the new format.

Seven-time world champion Lewis Hamilton said he likes “that they are being open-minded and making changes”, and that he hopes the series will “learn lots on how we can deploy better races moving forwards.”

Ferrari’s Charles Leclerc is very familiar with sprint races, having taken part in them during his time in Formula 2. In the 2017 Bahrain F2 round, Leclerc opted to pit during the sprint race – pitting being optional and a little-used tactic in sprint races – coming out of the pits in 14th place with eight laps to go. Over the remaining laps he charged to the front of the field, taking the win and creating one of the most exciting sprint races in the process.

He said that he’s “quite happy that we are trying this and it’s good that we have three grands prix where we will try this”, while rookie Mick Schumacher, who only made the jump from F2 to F1 this year, knows the extra difficulty it will bring. “I think it’s going to be very tough for the teams, especially if there are any reliability issues or even some accidents or something, so that’s going to be very tough”.