A significant figure in future McLaren supremo Ron Dennis’s formative years as a team owner, and himself briefly the head of an F1 squad, Tony Vlassopulos died recently. He was 89.

A barrister by profession, Vlassopulos was a circuit commentator at Goodwood, and some years later was put in touch with Dennis by John Phelps, the proprietor of an antiques emporium in Twickenham – Vlassopulos was a customer, and Dennis was dating Phelps’s daughter.

At that time, Dennis had just left Brabham to set up Rondel Racing to contest the 1971 Formula 2 season, and encouraged fellow ex-Brabham colleague Neil Trundle to join him, with up-and-coming Australian Tim Schenken as the intended lead driver.

Vlassopulos told this writer for a story in F1 Racing in 2008: “Ron came over with Tim Schenken, and he gave me this very nice proposal. After that I spoke to my friends and they all said no – they could all have funded it 10 times over, but all Greeks [he had Greek heritage] are interested in is football and politics.

“I told Ron this, but then I heard myself saying, ‘Perhaps I could do it.’ Ron was very determined. I could see that this was a man who could go places.” 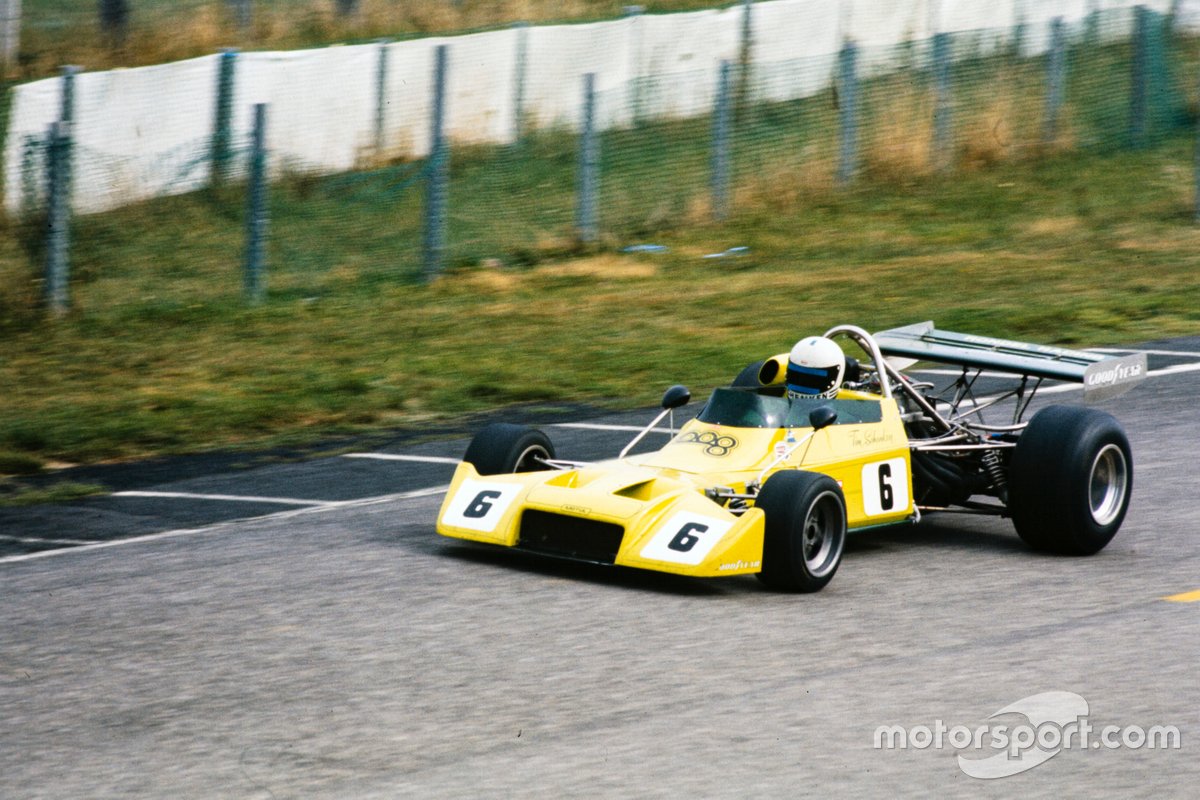 Vlassopulos brought on board Ken Grob, a friend of his from the insurance industry, while Phelps’s brother Dave took on the role of Rondel’s accountant.

Graham Hill also encouraged Rondel to run him in one of its Brabhams, and took a heat win for the team first time out at Hockenheim, before scoring a famous victory in the Easter Monday Thruxton round.

Rondel ran Brabhams again in 1972, with Carlos Reutemann joining the team for a parallel programme alongside his rookie F1 season, only for a broken ankle in a Thruxton shunt to derail his championship aspirations.

By this time, Dennis and Trundle were already preparing to turn constructors, and sponsorship from a French oil company meant their self-produced F2 car – designed by Ray Jessop, another ex-Brabham man – was named the Motul M1 when it appeared in 1973.

Schenken was slated as Rondel’s driver for the planned graduation to F1 in 1974, but the oil crisis struck and Motul shifted allegiance to BRM. Dennis, in financial trouble, sold his Feltham premises to Hill, whose own F1 team was getting established.

Together with Trundle, Vlassopulos and Grob rescued the F1 project, renamed it Token (the ‘To’ from Tony and ‘ken’ from Ken) and moved to a smaller workshop in Walton-on-Thames.

Schenken, who had rejoined former Brabham boss and designer Ron Tauranac at new F1 team Trojan when the Rondel project collapsed, remembers: “Tony could obviously see a future with Rondel, and was, as far as I am aware, the first to provide financial support to the team.

“He and his wife Sue were very hospitable, inviting me to their house for the odd dinner. This was always fun as Tony was an enthusiastic motorsport fan, so the conversation centred around this.

“I also spent the odd day on his boat, which he kept in Monte Carlo. He purchased it from Peter Sellers and retained the same crew – the captain had lots of amusing stories!”

Pryce’s manager Chris Meek had got involved to sponsor the new team, and Pryce was to give the Token RJ02 its debut – and his own in F1 – in the non-championship International Trophy at Silverstone. The car, with teenaged future club-racing folk hero Ian Flux as a mechanic, only just made it to the track in time to qualify, but Pryce ran respectably until being sidelined by gear-linkage failure. 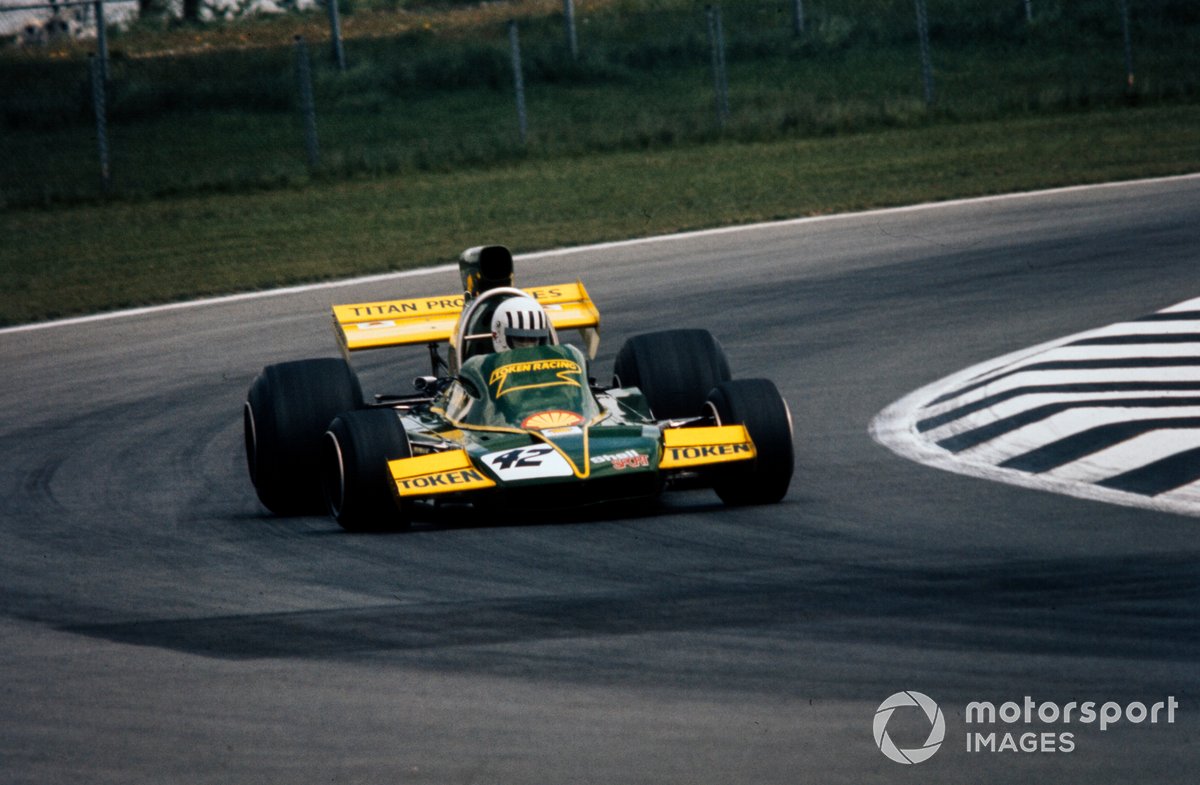 Pryce then qualified a superb 20th out of the 32-car field for his world championship bow in the Belgian Grand Prix at Nivelles, but failed to finish, and Token was not selected as an entrant for the following Monaco GP.

Vlassopulos also had a Formula 3 team named Ippokampos Racing and, in an inspired move, put Pryce behind the wheel of his March 743 for the Monaco support race – to the chagrin of its regular driver, Buzz Buzaglo. Pryce dominated against a quality field, and was now an F1 hot property. He eventually joined Shadow.

Token reappeared at the British Grand Prix, where David Purley failed to qualify, and for the German and Austrian Grands Prix with Ian Ashley at the wheel. It was Ashley who gave the team its only finish as an F1 constructor: 14th at the Nurburgring.

With Ashley’s sponsors electing to buy a Brabham, the Token project was sold to Safir Engineering for 1975. The renamed ‘Safir’ appeared in the Race of Champions and International Trophy with Tony Trimmer driving, but without success.

Vlassopulos kept some involvement for the 1975 F1 season by sponsoring James Hunt and the Hesketh F1 team for some races, before his formal involvement in the sport ended.