F1 tells drivers Saudi GP will go ahead despite nearby attack

Formula 1 chiefs have made clear to teams and drivers that the Saudi Arabian Grand Prix will proceed as planned despite an attack on a nearby oil facility.

Shortly after the start of Friday afternoon’s opening free practice session, a plume of black smoke was seen pouring in to the sky following an explosion at an oil facility near Jeddah’s international airport.

The Aramco refinery is less than 10 miles from the Corniche circuit.

Although the initial cause of the explosion was unclear, F1 was soon informed by Saudi authorities that the incident had been caused by a missile attack from the Houthis.

The organisation claimed responsibility for the strike and others launched on Saudi Arabia, and said that further attacks would continue until the organisation had achieved its aims for Yemen.

Amid an already heightened security presence at the track following a number of Houthi attacks last week which included a site in Jeddah, the latest incident prompted some to question whether or not the Saudi Arabian GP should continue.

But in an emergency meeting between F1 CEO Stefano Domenicali and the drivers and teams ahead of a delayed second free practice session, it is understood that it was made clear that there was no question of the event being called off.

It is believed that Domenicali told those present that the grand prix would proceed as planned, and that Saudi authorities had made clear that security had been a priority.

Speaking after the meeting, Haas team boss Gunther Steiner told ServusTV: “We were assured by the government that it is safe to drive here. After practice, we'll have another meeting.

“Personally, I feel absolutely safe. Otherwise I wouldn't be here." 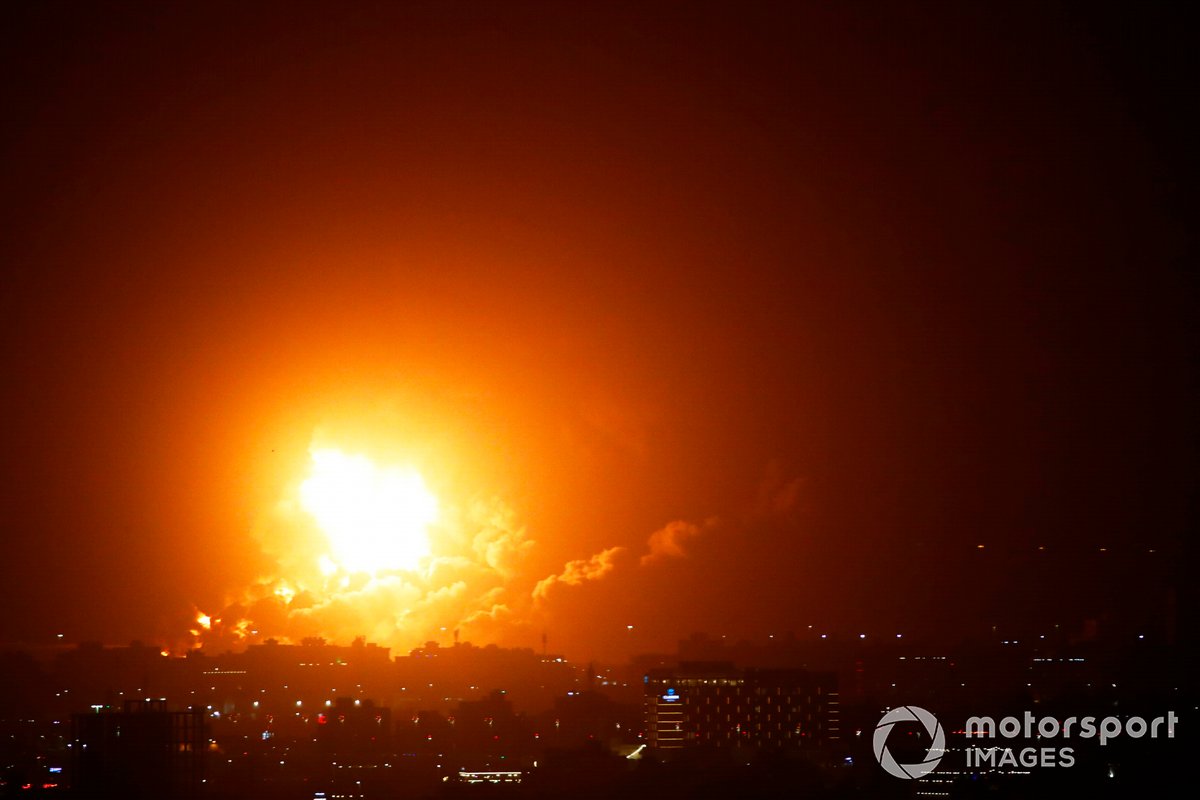 Domenicali promised to keep F1’s competitors updated on any developments, with it likely that a further team principal meeting will take place on Friday evening.

The Jeddah attack on Friday comes less than a week after the Houthis attacked a number of targets within Saudi Arabia.

The Coalition to Restore Legitimacy in Yemen issued a statement confirming it was responsible for a missile that last Saturday caused a fire to break out at an Aramco distribution centre in Jeddah.

It also launched a barrage of missile and drone attacks on various targets in the country.

In its first response to the attack, the Saudi Motorsport Company said it "remains in direct contact" with the authorities to guarantee the safety of the F1 paddock.

"We are aware of the attack on the Aramco distribution station in Jeddah earlier this afternoon,' a statement read. "The race organisers remain in direct contact with the Saudi security authorities, as well as F1 and the FIA to ensure all necessary security and safety measures continue to be implemented to guarantee the safety of all visitors to the Formula 1 STC Saudi Arabian Grand Prix as well as all drivers, teams and stakeholders.

"The race weekend schedule will continue as planned. The safety and security of all our guests continues to be our main priority and we look forward to welcoming fans for a weekend of premium racing and entertainment."