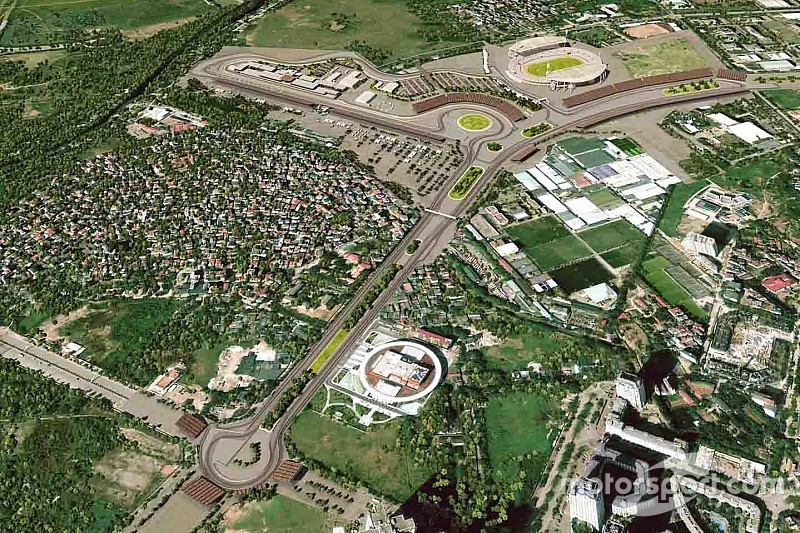 Formula 1 chiefs hope that the new Vietnam circuit will act as a testbed for future track layouts, with hopes high that the configuration will produce great racing.

Work is under way to prepare the new street circuit in a suburb of Hanoi, which is set to host its first race in April next year.

The track has been created with the aim of delivering excitement and it has taken cues from successful concepts at other venues – like its tight Nurburgring-style opening sequence, or a run of corners later that are like the Esses at Suzuka.

F1 managing director of motorsport Ross Brawn is aware that tracks need to do more to promote better racing – which is why he thinks the Vietnam concept could be a good benchmark for the future.

"Vietnam will be the first circuit that has been designed from ground up to be a great racing circuit," explained Brawn. "We will see how we get on.

"Nothing is ever 100% - and we will probably make one or two mistakes - but it will go a long way towards the sort of circuit we want. And we will learn from Vietnam and do the next one.

"But we don't want all circuits to be the same. It will be incredibly boring if we had great racing circuits but they were all exactly the same templates. We want countries to have their own identity and we want circuits to be unique."

Brawn's comments come in the wake of complaints from leading drivers that the F1 calendar has too many races where the layouts are not good for delivering an exciting spectacle.

World champion Lewis Hamilton said: "We've got places where you just can't follow and it's like a train.

"So, what would you prefer? Having a race in those countries just for the sake of having a race – or do you want a great race like this [Silverstone]?"