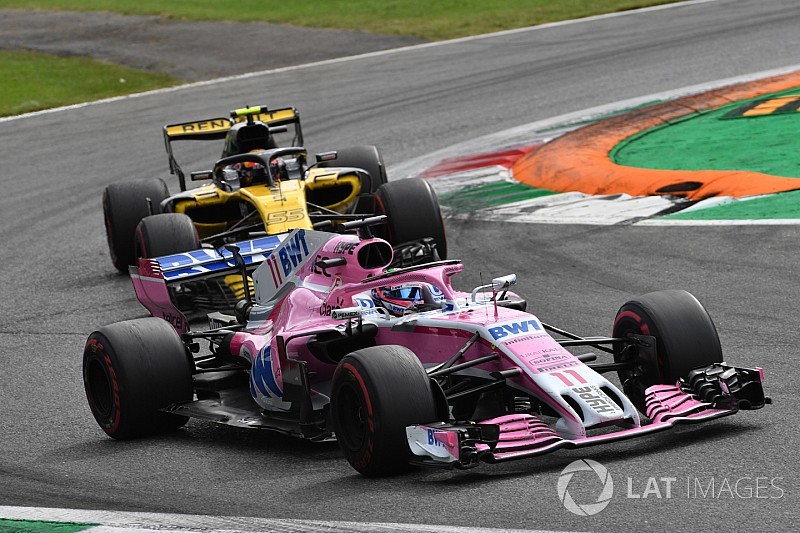 Formula 1 will face a "real problem" of only having a couple of manufacturers ever able to win races if the sport does not act fast to stop the use of 'slave teams', says Renault technical chief Nick Chester.

Moves towards a budget cap in F1 from 2021 have led to concerns that one way for the bigger outfits to get around their spending restrictions will be to collaborate with smaller teams.

It would help the manufacturer ensure that its performance could progress with the spending being done by the smaller outfit.

The FIA has already promised to act on the matter, and Chester is clear that the situation needs to be taken very seriously if F1 is to maintain a competitive field.

"I think it is a real problem if that model continues into budget cap," said Chester, when asked by Motorsport.com for his views on team collaboration. "I cannot see how a team can fight at the front without having one or two satellite teams.

"I think it is something really important that the FIA and F1 need to look at. If that model cannot be effectively got rid of, it will be a big problem and you will end up where, if you want to win, you have to be a manufacturer with two satellite teams or you don't think about winning. So, I think it has a lot of implications going forward."

F1 race director Charlie Whiting said over the Italian GP that the FIA had been alerted about the fears of servant teams, and would be looking into what can be done.

"It's something that we should be concerned about, and it's something we will be discussing," said Whiting. "The [Haas/Ferrari] relationship started it.

"We knew exactly how that was possible in the beginning, and there was a loophole in the beginning which has been closed to new entrants, which is what [Haas] were able to do, a lot more work than a current team, before they were established as a proper entrant.

"But the sort of things we're hearing about are alliances between existing teams. I think that needs to be looked at very carefully."

Chester believes that one way to act would be to increase the number of parts that teams have to produce themselves so cannot be shared – or make more components standard.

"We either need to reverse out of some of the non-listed parts, so there is less part sharing, or if there is going to be part sharing then they need to be standardised," he said.

"Otherwise there are just too many benefits to the satellite team model, which just makes it unattractive for anyone not operating that model."

Asked about what would happen if action was not taken, Chester replied: "I think it is bad news because ideally you want a lot of teams that can win.

"You want the manufacturers, you want some very good independents, and if you have this model where teams can collaborate, there is no point in being an independent any more. It kills that chance of having a good independent team.

"None of the satellites will ever make it to the front either, so you will just end up with three teams at the top."

Why Raikkonen move could backfire on Sauber