Alpine Formula 1 driver Fernando Alonso has undergone corrective surgery after sustaining a fracture to his upper jaw in a cycling accident. 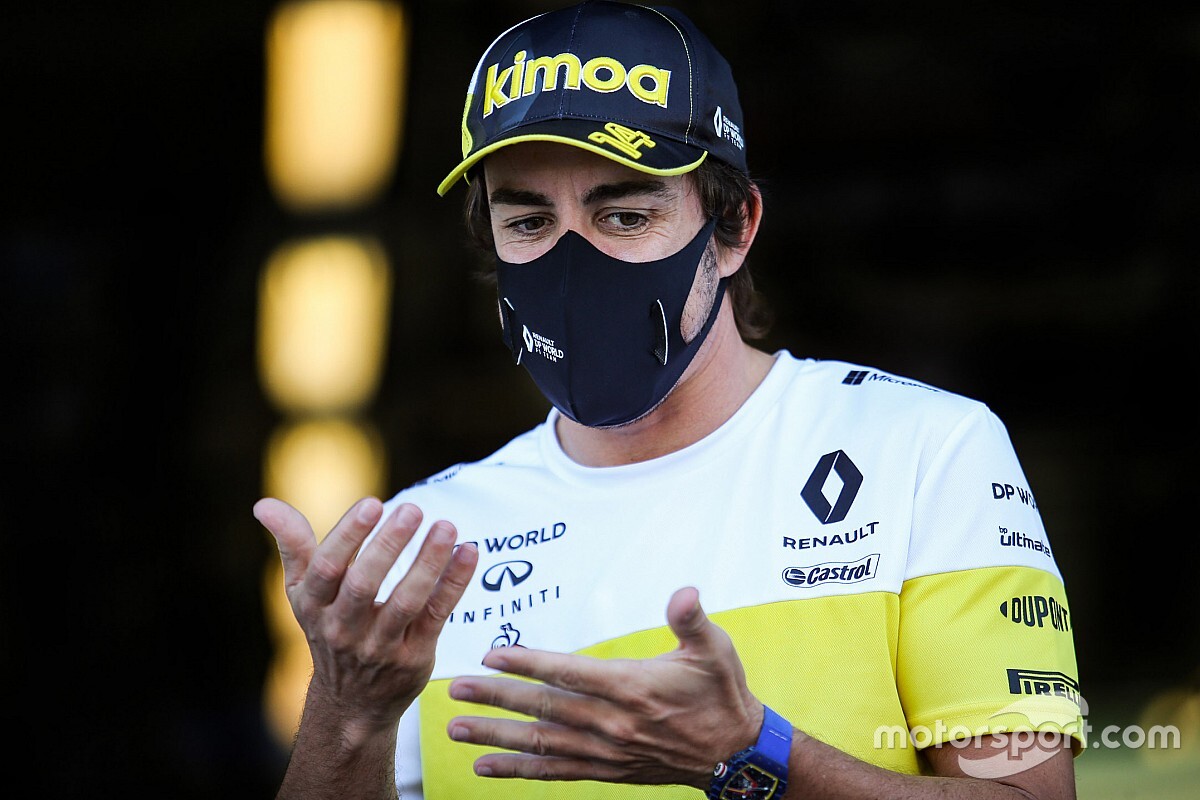 Two-time F1 world champion Alonso was involved in an accident whilst out riding on the outskirts of Lugano on Thursday around lunchtime, leaving the Spaniard hospitalised.

Alpine issued a statement on Thursday evening saying that Alonso was "conscious and well in himself", pending further examinations.

In an update issued by the team on Friday morning, Alpine confirmed that Alonso had undergone a successful operation, and that he would be remaining in hospital for the next two days.

But it is anticipated that Alonso will be able to resume his preparations for the new season soon, and be fit for the opening round in Bahrain next month.

"Following his cycling accident yesterday Fernando Alonso was kept under observation in hospital in Switzerland," the statement from Alpine reads.

"Medics discovered a fracture in his upper jaw and conducted a successful corrective operation. The attending medical team are satisfied with his progress.

"Fernando will remain under observation in hospital for a further 48 hours.

"Looking forward, after a few days of complete rest, he will be able to progressively resume training. We expect him be fully operational to undertake preparation for the season."

In a statement made by the local police in Switzerland, it was confirmed that Alonso hit a car as it was turning into a supermarket car park.

"The Cantonal Police has announced that yesterday, shortly before 2 pm in Viganello, a 42-year-old Swiss driver living in the Lugano area was driving along Via La Santa in the direction of Pregassona," the statement reads.

"According to an initial reconstruction and for reasons that the police investigation will have to establish, while she was making a left-hand turn to enter a supermarket car park, she collided with a 39-year-old Spanish citizen, who was riding his bicycle and passing a line of stationary vehicles on the right. The collision took place against the right side of the car.

It is understood that Alonso came off his bike while braking hard to avoid an impact while out cycling on the road.

Alonso is set to make his F1 comeback this year after two seasons out of the series, with his last grand prix start coming for McLaren at the end of 2018.

Since then, Alonso has won the 24 Hours of Le Mans twice for Toyota, along with one World Endurance Championship title, and has also competed in the Indianapolis 500 and the Dakar Rally.

Alonso announced last summer that he would be returning to F1 with Renault - which has since been rebranded as Alpine - to mark his third stint with the Enstone-based squad.

Alonso raced for Renault between 2003 and 2006, claiming the drivers' world championship in 2005 and 2006, before spending one season at McLaren. A return to Renault in 2008 yielded a further two victories before he switched to Ferrari for 2010.

A second McLaren stint followed from 2015 to 2018, but the team's dip in on-track fortunes left Alonso increasingly frustrated, prompting him to explore avenues outside of F1.

This led to Alonso making his Indy 500 debut in 2017 as he set his sights on the Triple Crown of Motorsport, looking to add victories at Indianapolis and Le Mans to his Monaco wins.

He is due to make his official on-track return ahead of the new season in pre-season testing, which begins in Bahrain on 12 March.

Alonso hospitalized after being hit by a car while riding bike

The hurdles F1 needs to overcome on sprint race trials