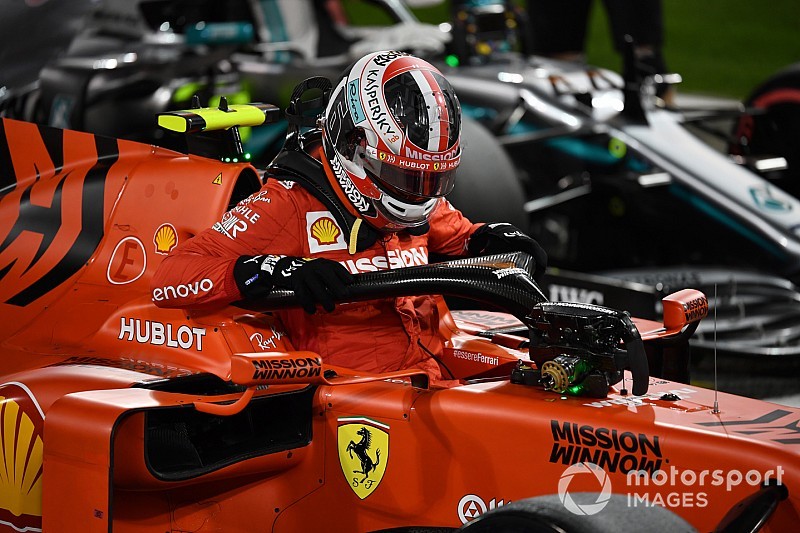 Hamilton said after the session that Ferrari had a “significant” advantage on the straights, which left Mercedes searching for answers and trying to assess the impact of downforce levels and qualifying power modes.

Wolff reckons Mercedes was losing “almost five tenths” on the straights in Bahrain, with Ferrari establishing the sort of gap it had in pre-season testing in Spain.

However, asked if the overall pattern was closer to Barcelona testing than Melbourne, where Ferrari struggled, Wolff said: “Testing was very much different. It was a battle of cornering performance. But in testing nobody really runs the spicy modes.”

He added: “We can just see that we have been outperformed on every single straight line, massively outperformed.

“But again you need to take yourself by the nose and say are we missing something in terms of how we are calculating the downforce and drag levels?

“You need to look at the complete picture. We haven’t done anything different.”

“Based on what we’ve seen today, it’s mainly straightline speed,” said Bottas. “There’s a couple of corners where they are a bit better.

“In general, all the other corners are very similar and there’s a couple of corners where we are better so I would say the laptime difference came from straightline.

“It’s a very different picture to Melbourne because we were identical or a bit better than them, so it’s quite a big change, and we had the same power here compared to there.

“So I think they’ve found something, and I would say the pace difference matches more or less what we saw in winter testing.”

Wolff insisted that Mercedes had an advantage through the rest of the lap, claiming “there’s not one corner where we don’t gain”.

He said that a higher downforce level could be advantageous in the race if it helped to protect the tyres.

“We’ve seen that through the corners we perform really well, so that’s an indication that we have a solid downforce level,” said Wolff.

“But you need to analyse it in more detail, where exactly you are gaining and losing.

“There could be an advantage tomorrow in terms of preserving the tyre life, but on the other side you’re a little bit without the weapons on the straight.” 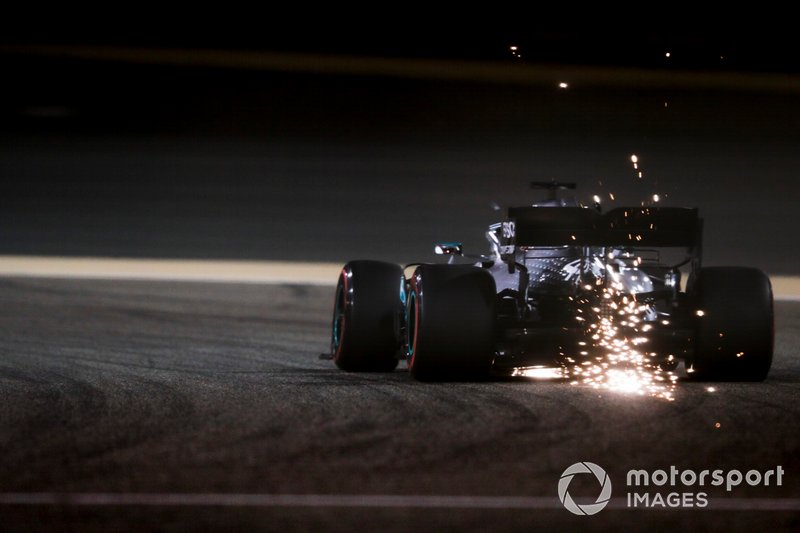 Bahrain GP - the race as it happened