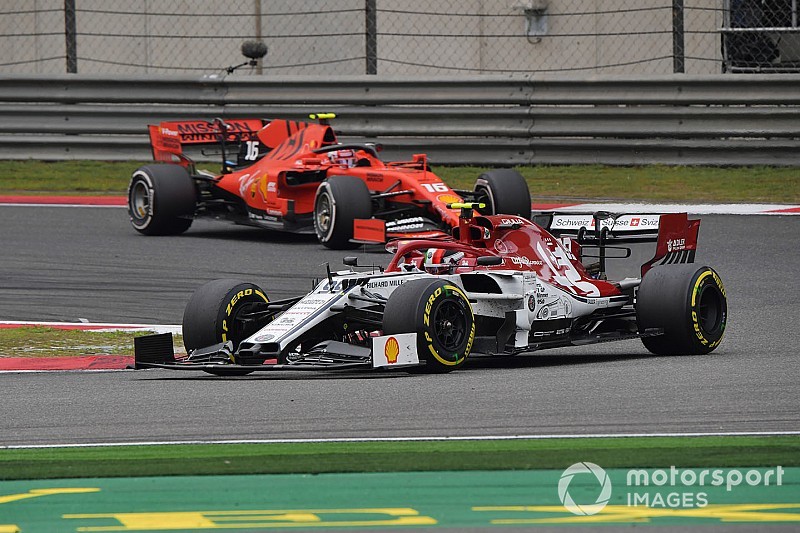 Ferrari hopes Alfa Romeo will switch to new control electronics as soon as possible following the failures that have hit Charles Leclerc and Antonio Giovinazzi in successive Formula 1 races.

Leclerc lost a certain victory in the Bahrain Grand Prix on only his second start for Ferrari when a short circuit within an injection system control unit caused his engine to drop a cylinder.

As reported by Motorsport.com, in response to this Ferrari brought a different specification of control electronics to last weekend's Chinese Grand Prix, which the works team and its customer Haas opted to install.

However, its other customer Alfa Romeo did not fit the new control electronics, and Giovinazzi missed qualifying after suffering the same failure as Leclerc at the start of Q1.

Ferrari team principal Mattia Binotto confirmed: "We changed it because on Charles' car it failed in Bahrain.

"We know that with the initial spec of the control units we had some reliability issues so we changed it simply for a better unit.

"So, we change it on Seb [Vettel's car] as well, for precaution, we had to change it on Charles' because it was failed, and we asked our customer teams as well to change them.

"Haas did it, Alfa didn't do it for installation issues, they felt [it was] too complicated, too risky for the change they had to do on installation. As a result, Antonio had an issue again in qualy. So, hopefully it will be changed as soon as possible there as well."

Giovinazzi was given a fresh example of the old-spec control electronics for the race and finished 15th.

Alfa team principal Frederic Vasseur took responsibility for the decision not to change the control electronics for China.

He admitted that he had his fingers crossed during the race that the same problem would not strike Kimi Raikkonen when he was running in the points. Raikkonen went on to finish ninth.