Ferrari has re-jigged its plan for the final two days of Formula 1 pre-season testing in Barcelona after Sebastian Vettel’s accident on Wednesday morning cost it valuable track time.

The Italian team has now decided to drop its usual schedule of alternating the drivers between the morning and afternoon sessions, and instead will give Vettel and Charles Leclerc a full day of running each.

Ferrari noted that it “has decided to have its drivers do a complete day each at the wheel, so that the work can progress in a more linear fashion," adding: "Charles will drive tomorrow, before handing over to Sebastian for the final day."

Vettel had a heavy impact with the Tecpro barrier at Turn 3 after an unspecified mechanical failure at the front of the car. The German had run only 40 laps, and while the car was repaired an investigation into the cause of the accident was undertaken.

Leclerc, who was due to drive for the whole of the afternoon session, was only able to undertake an installation lap at the end of the day. The Monagasque driver also had limited mileage on Tuesday morning after some car issues.

Vettel admitted that the lost track time was costly for the team.

“We covered a lot of mileage last week,” said the German. “But surely the plan is always to fulfil your programme so we had more laps on the board than 40 this morning. So for sure it’s not ideal and we’re losing some time.”

He remains optimistic about the progress made so far in testing however, adding: “I think overall we're still strong, the car feels good.

“I think we've been exploring obviously a lot of things since day one and I think the last week has been very productive, also yesterday at least we could recover some of the track time lost in the morning.

"So overall I'm still positive about the car and the feeling inside the car.” 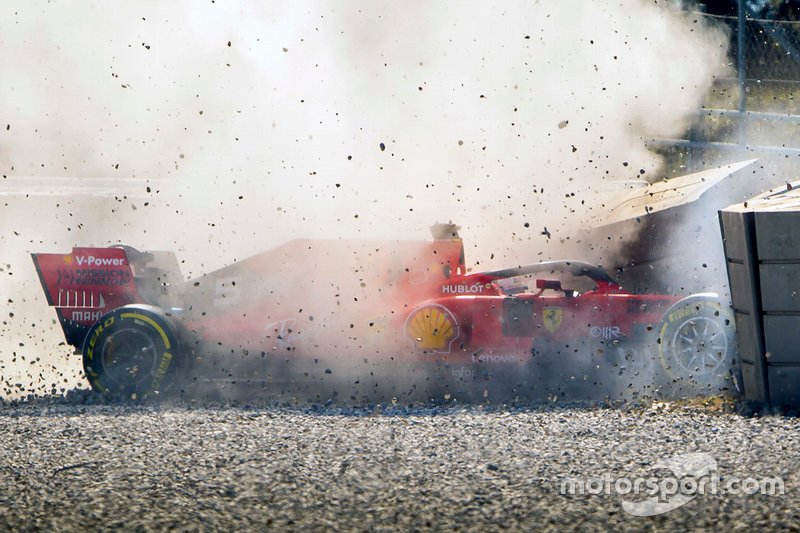