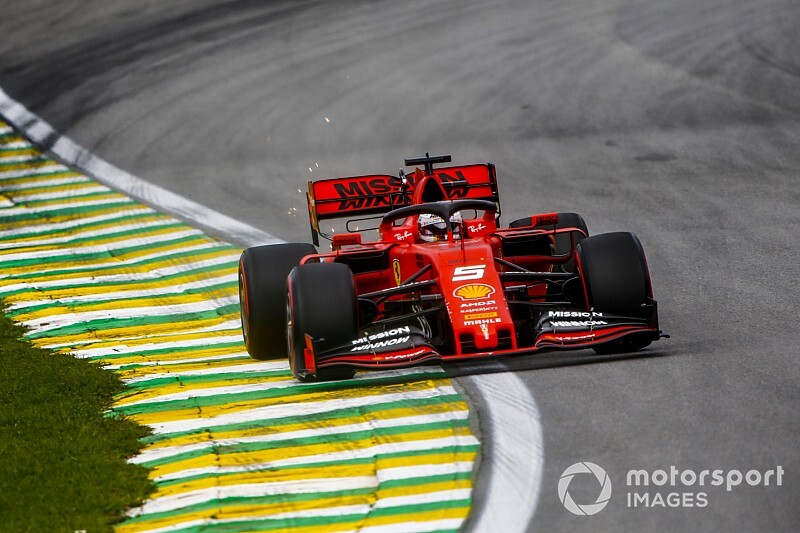 Ferrari had started the previous six grands prix from pole position, although it was only fastest in five of those as its most recent pole came after poleman Verstappen picked up a grid penalty in Mexico.

More significantly, Ferrari’s qualifying defeats in the US and Brazil each followed technical directives from the FIA issued to stop teams potentially exploiting oil burning and fuel flow regulations for performance gains.

Verstappen has led suggestions that the FIA’s decrees have triggered Ferrari’s lost qualifying edge, rather than coincided with it.

After a strong Friday at Interlagos with significantly superior straightline speed, that advantaged was significantly reduced in qualifying.

Asked by Motorsport.com for his thoughts on Ferrari’s change in straightline speed gains in Brazil, Allison warned against making assumptions but admitted Ferrari’s shift in form was noteworthy.

“I think they were still pretty useful on the straights,” said Allison. “But not quite as marked as it was [Friday].

“That could be all sorts of things. We all run different power modes on a Friday.

“Probably the only thing that you could stand back from a distance and say is that it's two races on the trot where it hasn't been pole position for a Ferrari. And they sort of had a reasonably comfortable margin.

“So it's an interesting thing, but not anything you could draw any solid conclusions from.

Verstappen outqualified the lead Ferrari of Sebastian Vettel by just over a tenth at Interlagos, where the Red Bull was fastest in the twisty middle sector.

Ferrari’s Charles Leclerc narrowly topped the speed trap figures and held a bigger 5.6km/h advantage over Verstappen at the finish line, but was only 2.2km/h faster than the best Mercedes.

Leclerc also set the fastest time in sector three, which comprises the Juncao left-hander and then a flat-out blast lasting more than a kilometre to the finish line, but both Mercedes and Red Bulls were within a tenth.

Asked if he was surprised by the performance of Verstappen and Red Bull, Allison said: “I'd clearly prefer it if it was us that was on pole.

“But Max has looked quick all weekend and it's not the first time this year that Max has been the quickest car.

“So it would be wrong to say this is a complete bolt from the blue.

“That's a very good car and an extremely good driver so they did a better job than we did and deserved pole position.”