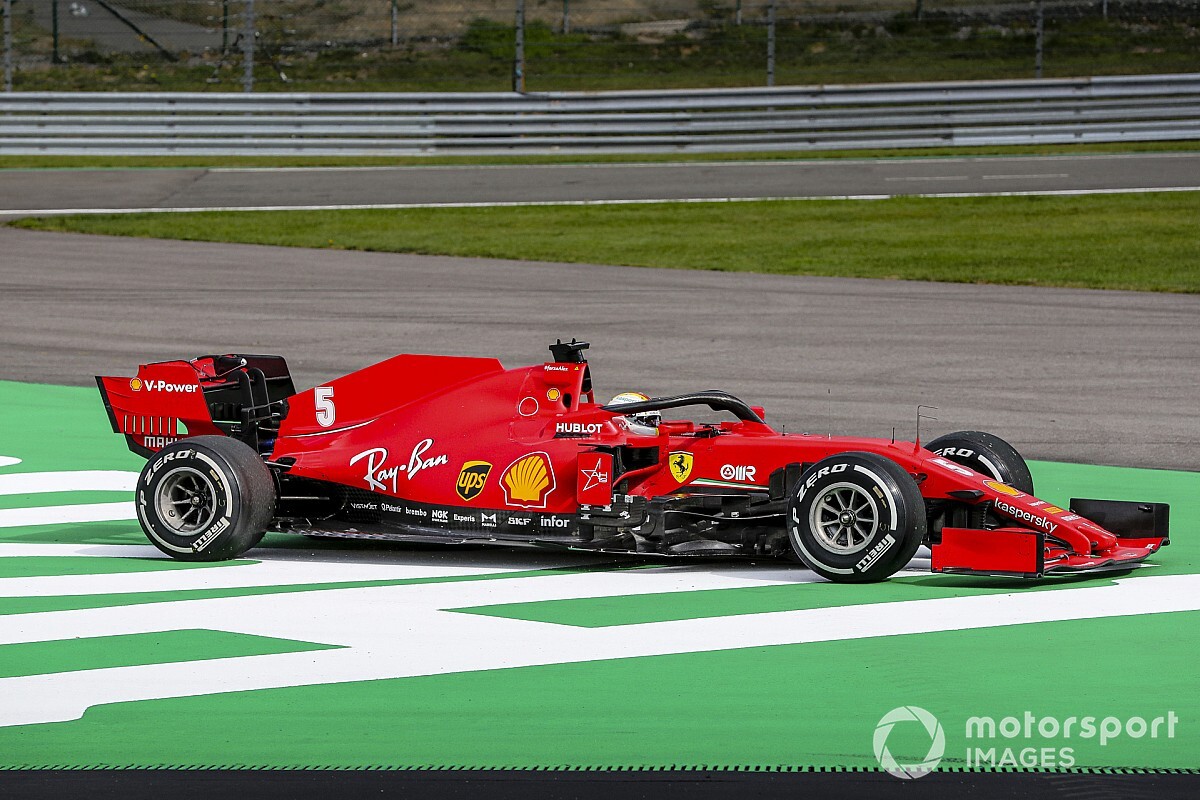 Ferrari was left "disappointed and angry" by its display in Sunday's Formula 1 Belgian Grand Prix after failing to score any points, according to team principal Mattia Binotto.

After slumping to its worst qualifying result of the season so far on Saturday, Ferrari's struggles continued into the race at Spa as both Charles Leclerc and Sebastian Vettel finished outside of the top 10.

Leclerc ran as high as eighth in the opening stages after making a good start, but quickly fell down the order as Ferrari's lack of straight-line speed left him powerless to keep cars behind.

Leclerc had two slow pitstops, with the second dropping him to last place after Ferrari had to top up the pneumatic pressure on his power unit.

Leclerc recovered to 14th at the finish, crossing the line two seconds behind teammate Vettel, who did not spend a single lap of the race inside the top 10.

Ferrari F1 chief Binotto said the team was "severely lacking" in both aerodynamic efficiency and power at Spa, noting it as a difficult point in a trying year.

"We are disappointed and angry, as indeed are our fans and with good reason," Binotto said.

"It's a difficult moment in a season that we knew from the start would be a tough one, but it's at times like this that we need to stand firm and look ahead in order to get over this difficult period.

"It's the only way we will get out of this situation."

Leclerc explained after the race that Ferrari was so far down on power that he even struggled to overtake when using DRS on the Kemmel Straight.

"It was extremely frustrating, as it has been a very difficult weekend for us," Leclerc said.

"The race was not any easier as we've had issues on the two pit stops that we made, which made me lose quite a lot of lap time and positions.

"I tried to catch back up, but it is very difficult for us to overtake, even with the DRS.

"We need to work and find something because like this it is very difficult."

Vettel said that while he hoped the issues would prove to be "Spa-specific", Ferrari had to remain realistic of its chances heading to its two home races in Italy at Monza and Mugello next month.

"We have to work hard, as there are a lot of lessons this weekend, so we have to make sure we stay strong, stay together and do the best that we can," Vettel said.

"We have two important races coming up for the team in the next two weeks so that is where we focus, but we also have to be realistic as we cannot expect miracles.

"The package is what it is, we are not as strong as we would like to be, so we need to stay optimistic and see the good things, even if at the minute there are not many."

Binotto: Ferrari in the middle of a storm, but no crisis