Ferrari: Claims of correlation problems "not true at all" 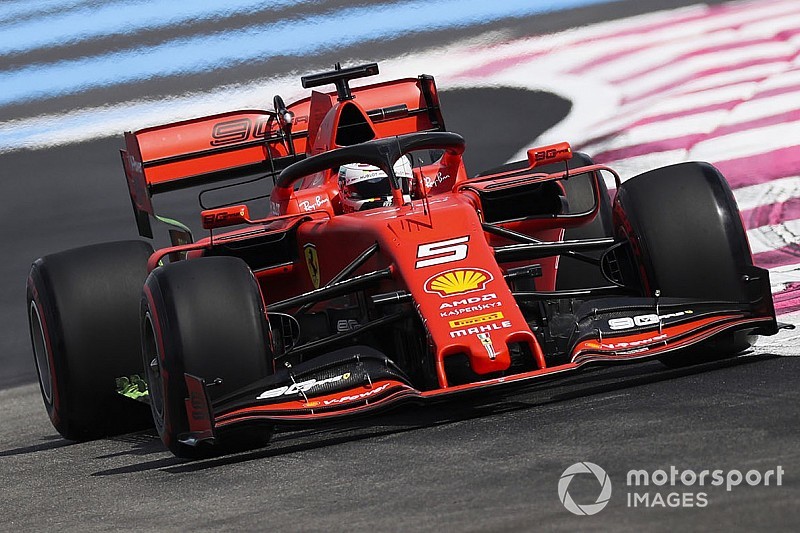 Ferrari says it is "not true" that the Formula 1 team has been held back by correlation problems between its factory predictions and what it has experienced on track this year.

The Maranello outfit is still seeking answers as to why its SF90 is not a match for Mercedes this year, and has begun to experiment with new concepts from this weekend’s French GP in a bid to help matters.

But while it believes it is making progress, there has been speculation that the outfit has received a boost by curing a correlation problem between what its wind tunnel and CFD figures were saying and what was happening on track.

However, speaking at Paul Ricard, team principal Mattia Binotto was clear that reports of correlation problems with its aero map were not a factor.

“I’ve heard and I’ve read that point and it is not true at all,” said Binotto. “We do not have correlation issues.

“I would say that if that would have been the case then we would have solved part of the performance [problems], but it is not a correlation issue. So what I read does not correspond to the true situation.”

Ferrari still hopes it has a chance of turning around its campaign, and Sebastian Vettel in particular thinks that the outfit can fight for the title if it is able to match Mercedes for pace by next month’s British Grand Prix.

Asked if making that level of progress in such a short space of time was possible, Binotto said: “Obviously each team is developing their own car, and you don’t know by race 10 [Silverstone] where the others will be. I think that we are continuously understanding better our car, and we have got some ideas.

“It is difficult to judge if race 10 will be the point, but we have seen – as in Canada – that even the races on the circuit are different. So we may expect even better circuits for us in the next races.

“But on top of that, we know that we need to develop and improve the car and there are still a few races, but not much. I think we will have something on the car that is at least addressing part of the situation.”

Binotto was clear, though, that it was unlikely there would be one single major development step that would lift its form – as he suggested the team would bring constant small improvements.

“We are not working on a B-car,” he said. “We are continuously developing the car in the wind tunnel and the simulator, back at the design office and simulator. Whatever they may find that is an improvement, we will try to bring it on the track.

“There is no need or necessity to wait for a big package but more important to try to close the gap as soon as possible, even if it is a progressive development."

Ferrari will run new front and rear wings plus revised sidepods for the remainder of the French GP weekend, while it tested some other ideas in practice that were not as instantly successful.

Speaking about the tests, Binotto said: “The data we got is matching with what we were expecting, so in that respect we are happy. The reason why at least we are keeping some of the components on the car.

"We know it is not sufficient for what we are looking for, but as I said, it was important for us to understand at least the direction and we got relevant data for that.”

Drivers not fond of "melted chocolate" soft tyre in France