Ferrari says suggestions its crucial defeat at the Italian Grand Prix was triggered by it telling Kimi Raikkonen he was being dropped are "disrespectful". 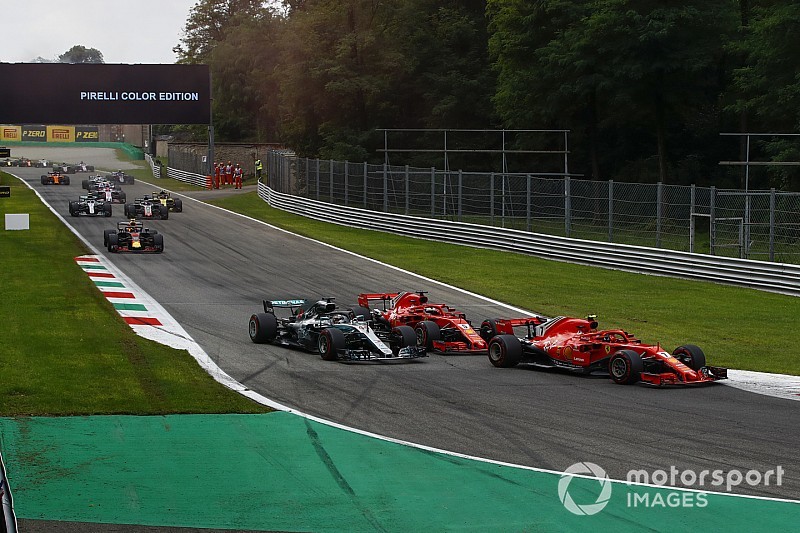 The Monza weekend has been viewed as a defining one in the 2018 title battle, as Lewis Hamilton pulled off a shock win despite Ferrari having locked out the front row.

Vettel’s annoyance at Raikkonen taking pole having benefited from a tow, and then the two Ferrari drivers helping Hamilton by battling between themselves on the first lap, pointed to it being an uneasy weekend for the Maranello-based team.

When it emerged after the race weekend that Raikkonen had been told on the eve of the event he was not being retained for 2019, it prompted theories that he may have been extra motivated to gun for glory himself rather than automatically help his teammate.

But Ferrari team boss Maurizio Arrivabene has shrugged off suggestions that the team got it wrong in telling Raikkonen of the bad news at Monza, as he is certain that the impact of the decision made no difference to how either Raikkonen or Vettel behaved.

“Both Kimi and Sebastian are two great professionals with years of experience on their shoulders,” he told Motorsport.com. “They are not two kart drivers who have just started hanging out at the track.

“What has been said about the timing of this situation are assessments which I find disrespectful against drivers who are great professionals.

“Then, let me say, if every time that Kimi receives news of this nature he responds with a pole position, then it would be worth doing it every weekend.”

Asked to explain the decision to inform Raikkonen specifically in Monza of the news, Arrivabene added: “I think it is important to clarify two things. Kimi has always gone well at Spa and Monza, and so Kimi was anxious to get from us an answer about his future.

“I think that communicating a decision like that is more appropriate on the eve of a race weekend on a 'friendly' track, rather than at a weekend that promises to be more fraught.

“Ideally it would have been better to communicate during the summer break, but we were not yet ready to do so. And after Monza meant it would still be on the eve of the Singapore weekend.”