Ferrari doubts there was fuel discrepancy in Abu Dhabi

Ferrari has doubts there was an actual discrepancy between the amount of fuel that was in Charles Leclerc's car for the Abu Dhabi Grand Prix and what it had declared before the race, Motorsport.com understands. 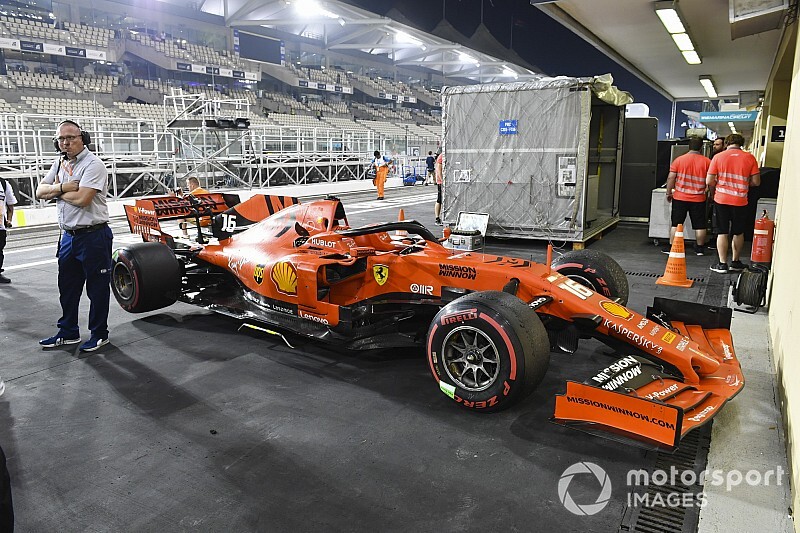 The Italian outfit was fined 50,000 Euros in Abu Dhabi after FIA checks found there was 4.88kg more fuel in the car than had been declared by the team.

But despite having checked its figures again this week in light of the affair, Ferrari remains at a loss to explain why the FIA's fuel weight figure is so far out from its own calculation of what was in the car.

The procedure regarding the amount of fuel in the car is covered under a technical directive - TD12-19 - which was issued before the start of the season.

Teams have to declare the amount of fuel they intend to put in the car – which covers the laps to the grid, the formation lap, the race and the in-lap – at least two hours before the pit lane opens.

The FIA can then conduct random checks before the pit lane opens to check this declaration matches what is in the tank.

It was during one of these checks on Leclerc's Ferrari that the FIA discovered a difference between what Ferrari had declared and the amount of fuel it believed was in the car.

But it was not until 16.22 - eight minutes before the pitlane opened for the start of the race - that Ferrari was notified the FIA had found this discrepancy.

By that stage it was too late to request a second check on the amount of fuel and, once Leclerc had left the garage, there was then no way of proving what may or may not have been in the car.

As a result of the FIA finding the discrepancy, Ferrari was summoned to a post-race hearing where the team was given a 50,000 Euro fine for a breach of the International Sporting Code.

It ruled that Ferrari broke Article 12.1.1.i of the ISC which states that there was a 'failure to follow the instructions of the relevant officials for the safe and orderly conduct of the Event.'

The stewards were clear, however, that there had been no technical rules breach - so there is no suggestion that Ferrari may have burned more than the 110kg that is allowed for the duration of the race.

Ferrari is understood to still be unsure about why there was a discrepancy, because its calculations of the fuel in Leclerc's car match remain in line with the declaration it made before the race.

It does not believe it made an error with its declaration, and it remains convinced that the amount of fuel in the car matches that figure.

Indeed, it is understood that a post race check of the fuel remaining in the car and how much had been used in the race tallied with Ferrari's original declaration.

Furthermore it is well used to the fuel check procedures, with Ferrari team principal Mattia Binotto making it clear after the race that the team had been checked at almost every other race this season.

Having conducted and passed the tests regularly during the year, it is hard to believe that amid the focus on engine and fuel rules in the closing stages of the season that Ferrari would have risked doing anything in breach of the regulations in the final race of the campaign.

According to FIA documents, a number of other fuel checks were carried out on all cars afterwards too.

The FIA confirmed that all cars were in conformity of the regulations.

Ferrari's doubt about the discrepancy means there can only really be two options to explain what happened.

Either Ferrari somehow put more fuel in the car than it believes (something it is adamant it did not and has found no evidence for), or the FIA's own measurements during its checks were incorrect.

With it impossible now to redo the fuel checks, the real explanation for what happened will likely remain a mystery.

The signs that suggest Vettel isn't about to retire