The Ferrari that was floored by its double innovation 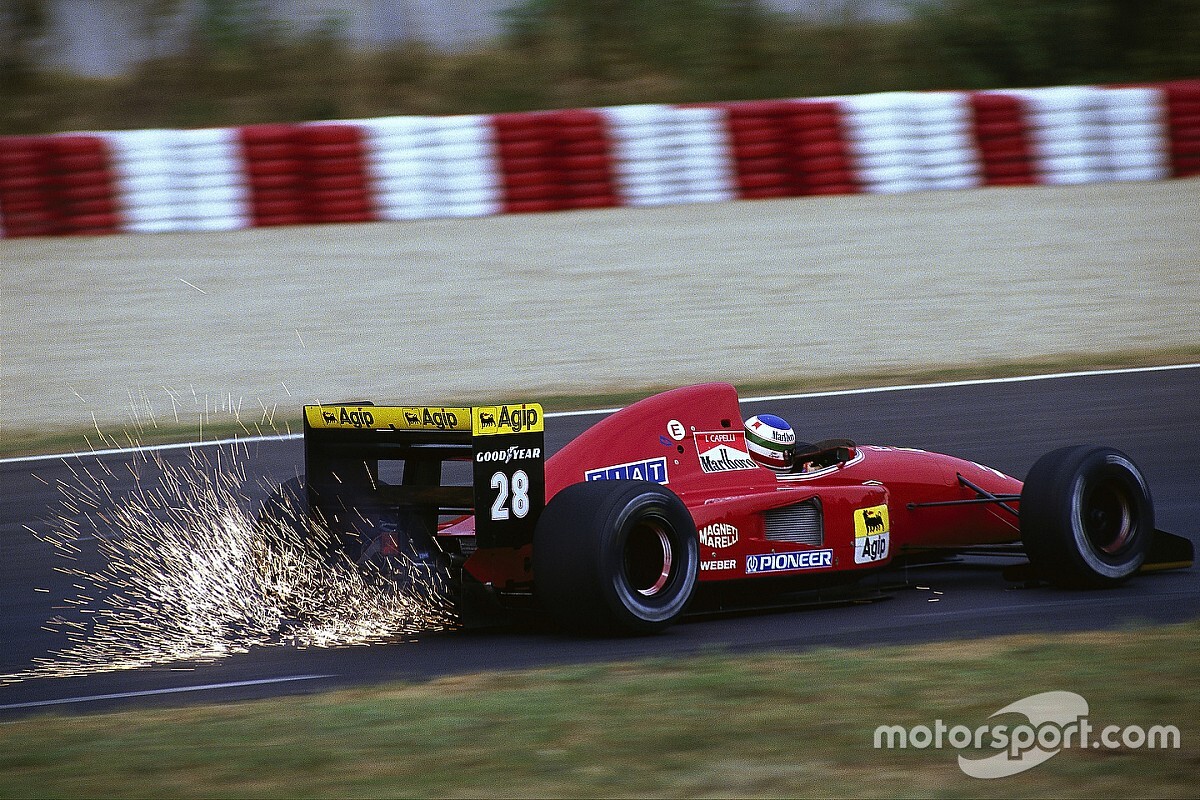 Ferrari endured a tough spell in the early 1990s and the encouraging promise shown by a revolutionary double floor design on the Ferrari F92A failed to transform the team's fortunes, instead costing its creator his job.

Perhaps it's a cliche to say, but Ferrari is arguably motorsport's most evocative name. In its written or spoken form, the word creates - in the mind's eye of a racing fan - a synaesthesia-like response, where the brain immediately triggers the image of a scarlet blur tearing down the straight at Monza, enrapturing the greater swathes of red furnishing the grandstands.

It's a truly romantic image - unless you were in attendance during the 1992 edition of the Italian Grand Prix, of course. There, the legions of tifosi were forced to watch Jean Alesi peel off post-Curva Grande with mechanical issues on lap 13, before Ivan Capelli's electronics packed up and hurled the home hero off the road at the Parabolica moments later. It was strangely conclusive of the Scuderia's entire '92 season.