Ferrari team principal Maurizio Arrivabene has struck out over “false rumours” concerning the future of his technical director Mattia Binotto, saying they are designed to “create instability” at the Scuderia. 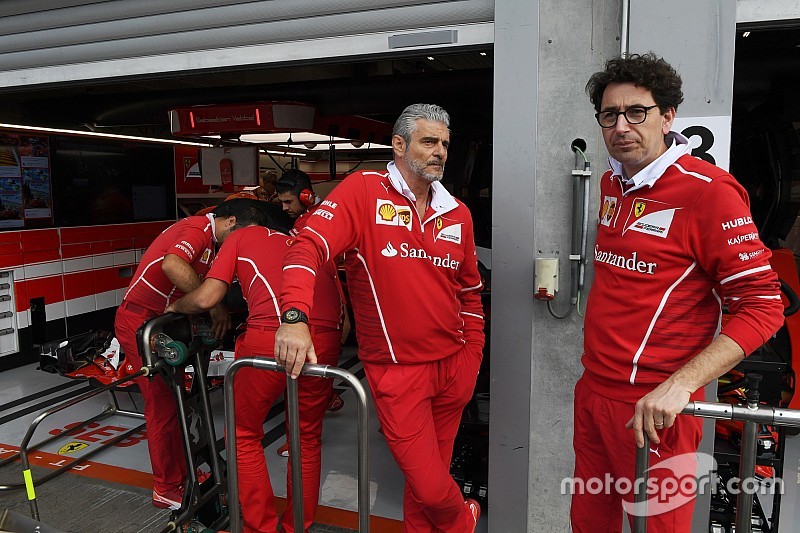 In the wake of Ferrari’s latest failure to win the Formula 1 Drivers’ World Championship, some media reported that Binotto had a strained relationship with Arrivabene, and that interest from rival teams might prompt him to leave.

Binotto has been widely credited with Ferrari’s improved performances since the departure of previous technical director James Allison (now at Mercedes) midway through its winless 2016 season. He had been focused on the power unit division, before his promotion to overseeing the entire F1 project.

Following a restructure of the team’s technical departments, Binotto said his aim was “to build the team as a team, and set the right objectives, deal with them – try to be ambitious”.

Speaking to selected Italian media on Sunday, including Motorsport.com, Arrivabene was asked about his own future as well as that of Binotto, and said: “Let's make it clear once and for all. The rumours about Mattia are a fake news, put around to create instability in the team, an attempt to try to create problems where there are no problems, and I do not want to comment on false rumors anymore.

“During this season there have been many attempts at destabilization, sometimes with stories about the drivers, others about the technicians. My position? [Arrivabene smiles] Ask the managing director [Louis] Camilleri.”

Arrivabene also said he is in no rush to sign reinforcements to bolster his team for 2019, which enters the final two rounds of the championship 53 points behind Mercedes in the constructors’ points.

“No one has ever spoken of goodbyes, possibly we can talk about reinforcements,” he said. “But it takes time, we'll think about it next season. Today the team is there, and it's a good and compact team.

“If there are reinforcements they will arrive without any haste, I stress it, and [only] if we need to have them. The line is that of stability, if there are additions [they] will not undermine the soundness of the existing group.

“A team that works only needs reinforcements, not revolutions. Personally, I have never believed in revolutions, but in evolution.”