Ferrari thinks there is now no debate that reverse grids could work for Formula 1’s sprint races, following Lewis Hamilton’s charge to victory in the Brazilian Grand Prix.

F1’s bosses are set for talks with teams over the winter to agree on a format for the six sprint events that are planned for 2022.

One of the key considerations being made is how to make the Saturday 100km sprint more exciting, with the day’s action having not quite lived up to expectations so far.

F1 believes that offering more championship points for the sprint race could be one way of delivering an extra edge to proceedings.

However, some teams like Ferrari think F1 should be even bolder and make the Saturdays sprint a standalone event – with reverse grids.

While not all teams are in agreement with such a move, Ferrari thinks that the outcome of last weekend’s Brazilian GP is proof that the concept can work.

Thanks to Hamilton's exclusion from qualifying for a DRS rules breach, the world champion had to start at the back of the grid for Saturday’s sprint race.

He managed to charge his way through to finish fifth, and then on Sunday, thanks to a five-place grid penalty for a fresh engine, he came through from 10th to win.

Ferrari team principal Mattia Binotto believes that the spectacle of Hamilton’s surge, allied to the fact he went from the back to the front, shows that reverse grids are viable.

Asked by Motorsport.com if he felt the Interlagos evidence strengthened the case for reverse grids, Binotto said: “I think it does honestly, because of so many overtakings, and so much fun.

“I think we should really consider it, and that's obviously for the sprint race format. Having seen what happens, I think it's even not debatable.” 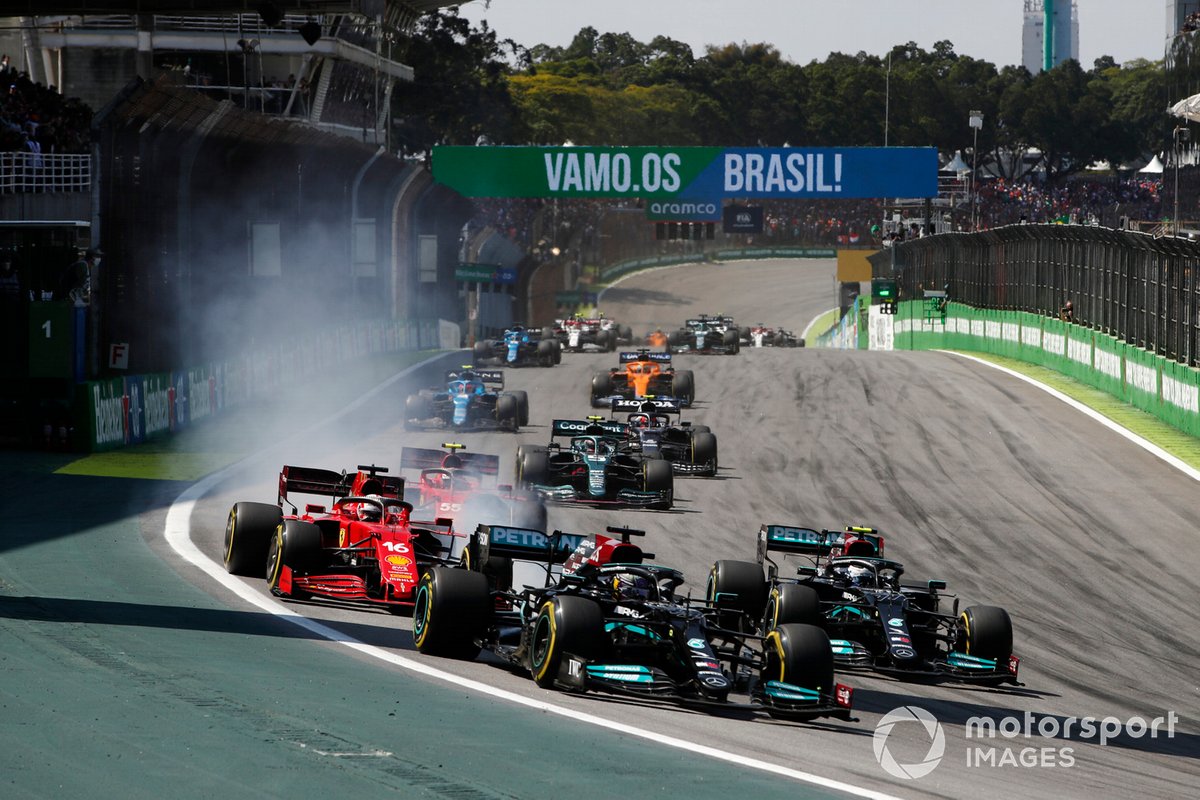 While Ferrari is in favour of the reverse grid concept, McLaren driver Daniel Ricciardo thinks that doing so could serve to devalue the meaning of a race win on an F1 weekend.

“Don't get me wrong, Lewis starting at the back made the race even more exciting for spectators. I’m quite sure of that,” he said.

“So I think the [sprint] race benefited from at least having Lewis in a reverse grid position.

“It couldn't be more exciting, but I still stand by the view that a win should be a win.

“I know it's just a sprint race, so holds less value, but I still feel that to cross the line first, you still should be the best driver, at least in that race itself.

“So if you've only done it because you qualified last but started on pole, I'm not sure. I don't know how much satisfaction you can take from that. So it's probably more just a personal feeling of satisfaction that would maybe make me steer away from that reverse grid idea still.”