Ferrari never had a dominant car in 2018, says Vettel

Sebastian Vettel says the perception that Ferrari had a dominant car at times this year is wrong, as he insists the team never enjoyed the advantage that Mercedes often had. 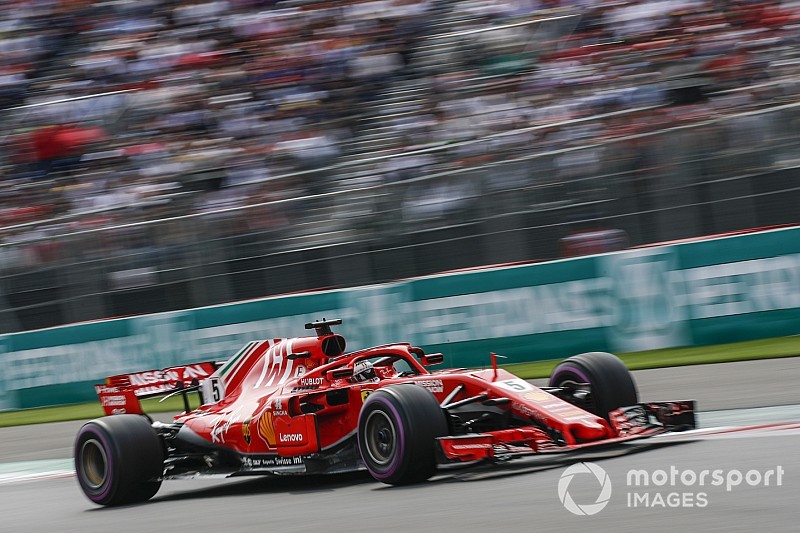 The German's hopes of landing this year's world championship came to an end in Mexico last weekend when Lewis Hamilton's fourth placed finish was enough for him to secure the title.

Although Ferrari did enjoy spells over the campaign where it was quicker than Mercedes, Vettel is adamant that suggestions Ferrari did not ram home a big competitive advantage are wide of the work.

"That is maybe where I maybe have a different opinion to the rest of the people," said Vettel in an exclusive interview with Motorsport.com.

"I think it is absolutely true to say that we have a very strong car, but I think people's perception of the fact that we had a dominant car, I don't think it was true. I think if you look at the results I don't see where is the dominance.

"I mean, in Spa we didn't have the pole, whatever the conditions [were]. We got [the win] because of the way Spa is designed, with Eau Rouge being flat and so on.

"Obviously the advantage of the hill, last year we had a lack of horsepower and that's why the overtaking didn't work. This year we didn't have [that disadvantage], so I was able to keep the benefit from the tow and I was able to pass.

"But then, as a matter of fact, Lewis was always one, two, three seconds behind. He had the same pace. We were driving to the same tenth, and at some point he gave up.

"That is why we won with an eight seconds gap. For me it's not a dominant race. It was a very close fight. If he happens to be first on the first lap, like last year – I think we had the same pace in the race last year. He wins the race and I finish second."

Vettel thinks that over the balance of the season there were more occasions where Mercedes were clearly ahead.

"Don't get me wrong, because I am not sitting here saying I had a bad car, not at all, because I know I have a strong car. But I don't think, unlike the people's perception, I don't think we had a dominant car."

Although there has been a great deal of focus on the errors that Vettel and Ferrari made this season, the German thinks that the reality that the title was gone started becoming clear when Mercedes showed a speed advantage in Singapore and Russia.

"Mostly we were not fast enough, you know," he said. "Because I think at the end of the day you need to have the speed to fight for the championship.

"I think I've always said last year and this year, that one thing that will determine the championship or will decide, will be if you have the speed.

"Last year it was apparent that we were very good until midway of the season, and then maybe some tracks that didn't suit us, some DNFs that we had, we lost momentum. But we lost momentum also because we were not fast enough.

"I think this year, unfortunately in some ways has been similar, that just some races we didn't have the pace, compared to Mercedes. They were able to win the races, which was obviously a strong point for them in making sure that they get all the points they can.

"But we were not able to get enough points, so than within two-three-four races – I don't need to explain to you, you know yourself – there was quite a big gap. So yeah, that has been a shame."