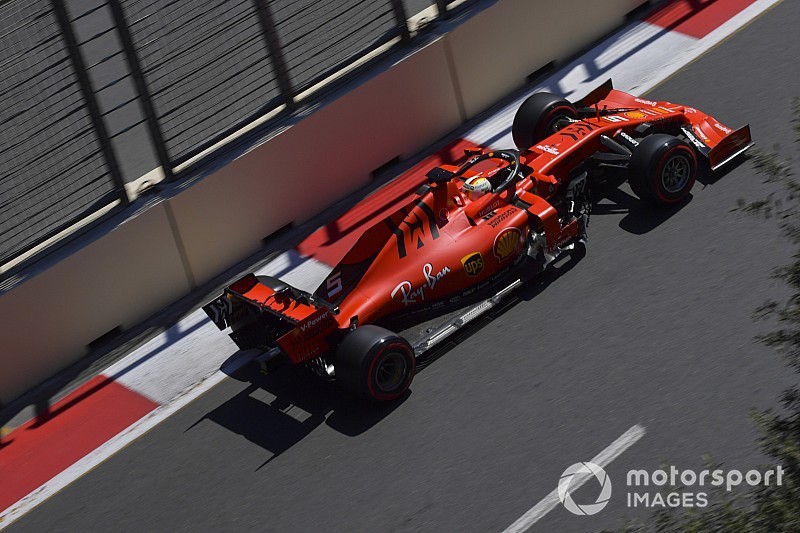 Ferrari will introduce its first engine upgrade of the Formula 1 season at this weekend's Spanish Grand Prix, two races earlier than planned.

The Italian team intended to wait until the Canadian Grand Prix, round seven of the season, to run its second-specification power unit for the first time.

However, ahead of the weekend, Ferrari has revealed it plans to run the upgraded engine at Barcelona instead, alongside a new lubricant from its technical partner Shell.

Ferrari joins Honda in having its first engine upgrade of the season ahead of schedule.

However, whereas Honda introduced its 'Spec 2' engine in Azerbaijan as a precautionary measure following a reliability concern, Ferrari says its decision is based on performance grounds.

Ferrari is 74 points behind Mercedes already in the constructors' championship, having watched its rival sweep to four one-two finishes in the first four races.

In its bid to erode that margin, Ferrari's new engine will be accompanied in Spain by further aerodynamic developments, following the debut of new bargeboards and rear wing in the Azerbaijan Grand Prix.

Team principal Mattia Binotto said: "We are currently behind in the championship and we have to catch up, which we know means that our development work will be the key to this season.

"Having brought a new aerodynamic package to Baku, we will also bring some developments in this area to Barcelona. On top of that, we will have a new power unit that we are introducing ahead of schedule, as the second specification was due to be brought to Canada.

"Shell, in close collaboration with our team, has developed a different formulation of race lubricant that will also be introduced with the new power unit, delivering increased performance. It's only down to a big team effort with everyone pushing hard to make up ground that we have been able to bring these developments forward."

Spanish GP: All the winners since 1951