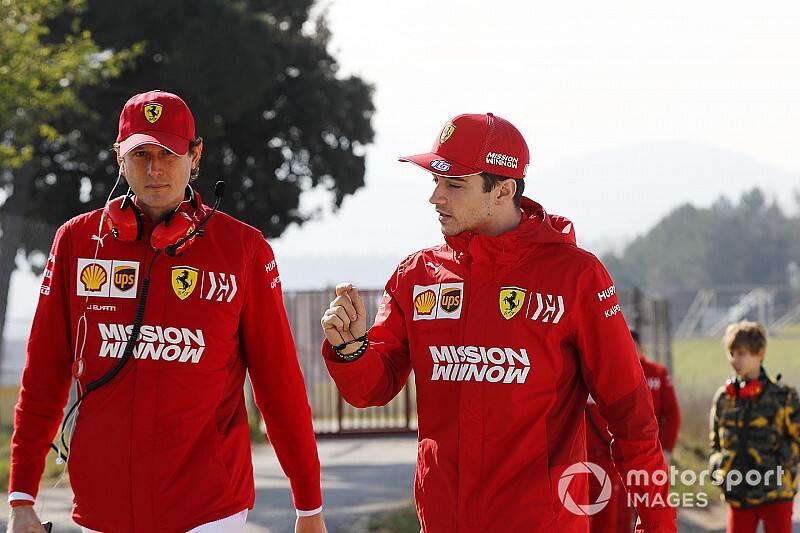 Leclerc withstood a fierce attack from Lewis Hamilton and then a late charge from Valtteri Bottas to win Ferrari’s home race, one week after claiming his first F1 win at Spa.

After the grand prix, in which he kept Hamilton at bay for more than 20 laps despite the Mercedes being in DRS range, Leclerc was left screaming with emotion over the radio.

His celebrations were interrupted by a congratulation from team principal Mattia Binotto.

An exhausted Leclerc said “I have never been so tired” after emerging from the car, and Ferrari issued a short statement from Elkann in praise of Leclerc’s efforts.

“Winning in Monza, at home in front of our fans, is an extraordinary emotion,” said Elkann. “It is the best gift with which we can celebrate our 90th birthday.

“Bravissimo Charles, and congratulations to Mattia and the whole Scuderia for this unforgettable day.”

Leclerc’s win was all the more impressive as he had to carry Ferrari’s fight on his own following an early spin for teammate Sebastian Vettel.

A second victory in a row has hauled Leclerc above Vettel into fourth in the championship, three points Max Verstappen.

Leclerc admitted he made “a few mistakes” during the grand prix, one when he nudged Hamilton wide into the second chicane while defending the lead and another when he locked up at the first chicane.

“But at the end I finished first, so I am very happy with this,” said Leclerc. “I need to be careful with the mistakes but none of them made me lose position today.”

The defeated Mercedes duo lamented their fruitless chase of Leclerc and admitted he and his Ferrari were too quick to overhaul.

Bottas said he was “gutted” after a longer first stint set him up for a late attack, having assumed second when Hamiton locked up and ran wide at the first chicane.

“I was trying everything to get him, but no way to get past,” said Bottas.

“When I got close I was having front locking through loss of downforce and they were so quick on the straight.

Hamilton was unhappy with Leclerc’s driving at times over the radio but said after the race: “He did a great job, congrtulations to Charles and Ferrari.

“I did the best I could but following so closely for such a long time, the tyres went off a cliff.

“They were just quicker – they were so quick in the straight so if we got close we could not get past.” 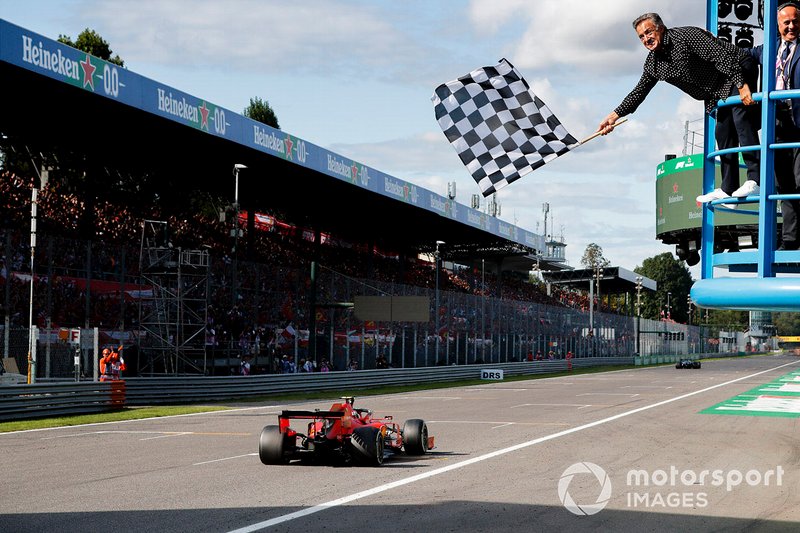