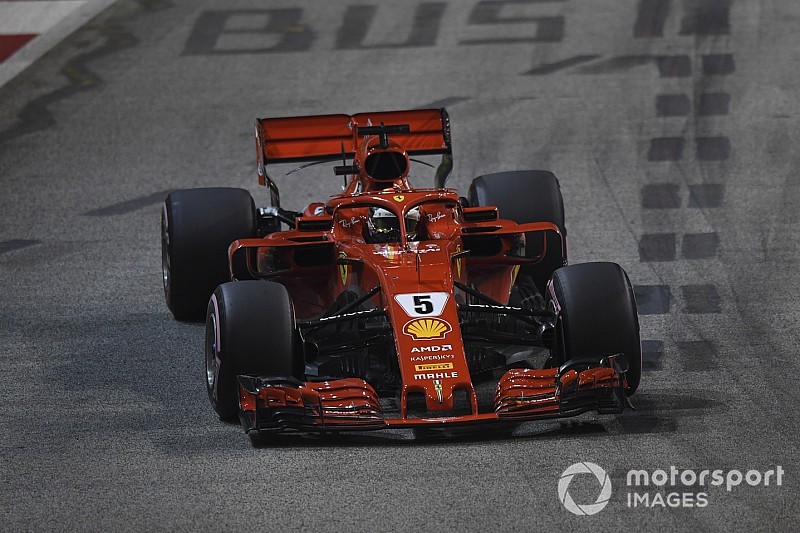 Ferrari tried to get through the second qualifying segment on ultrasofts to lock them in for the start of the race, but abandoned the plan after the opening runs and switched to hypersofts as both its drivers were facing elimination.

Kimi Raikkonen had told the team that running the harder compound was “pointless”, but Sebastian Vettel believed he could make it through to Q3 with another run on ultrasofts – only for Ferrari to deem it “too risky”.

Ricciardo, who will start last of the top three teams' drivers in sixth on Sunday, took encouragement from the fact Ferrari had tried to avoid starting on the fast-degrading hypersoft.

And with his Red Bull RB14 looking adept at keeping the tyres alive over long runs, the Australian hopes some of his rivals could be forced into making two stops instead of one in the 61-lap race.

“I think honestly our long run pace will be good,” Ricciardo said. “I think we can look after the tyres well.

“But it's just, if everyone one-stops, then it's hard to do anything, even overtaking, unless someone makes a mistake, it's super-hard.

“I have optimism that Ferrari tried to get through Q2 with ultra initially. That tells me that they didn't want to start on the hyper, so they might run into problems.

“Hopefully some guys are two-stopping and it gives us a chance with a one-stop.” 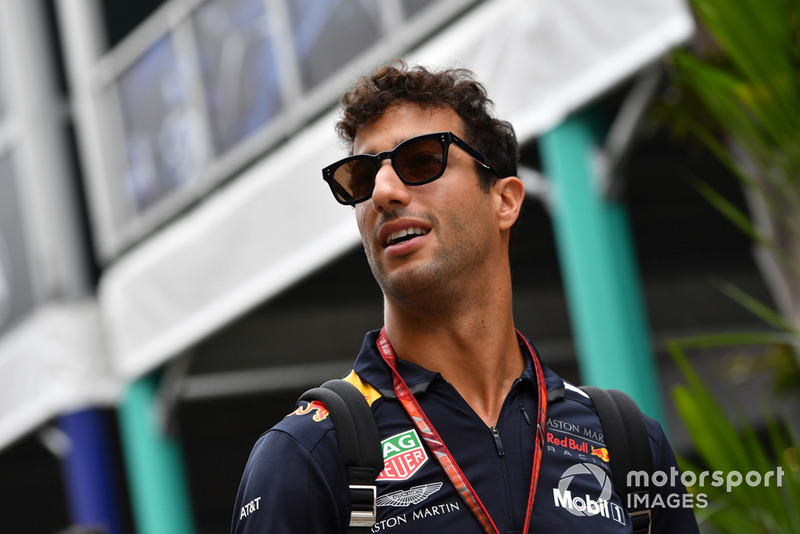 As overtaking is very difficult at the Singapore street circuit, Ricciardo reckoned his hopes of improving on his starting position rested on “strategy, or someone running on the track like in 2015”.

He added: “The reality is, [the chances of] pushing on someone and then being able to overtake is slim. Maybe the best case is just try and just preserve those tyres, go long and make a one-stop work.”

While bullish about Red Bull's tyre conservation, Ricciardo conceded a one-stop strategy would be “tight regardless” for all cars starting on the hypersoft – a viewpoint that was echoed by several midfield runners.

“I think it is on the edge,” Toro Rosso's Brendon Hartley said of a one-stop strategy. “Obviously [starting on] ultras and soft is easier. But the drivers on hyper will have a more difficult time.”

Sauber's Charles Leclerc likewise said a one-stop would be “quite tricky” for those forced into starting on the softest compound, while McLaren's Fernando Alonso reckoned those struggling to manage the hypersoft could ruin their race by “stopping too early and getting out in traffic”.