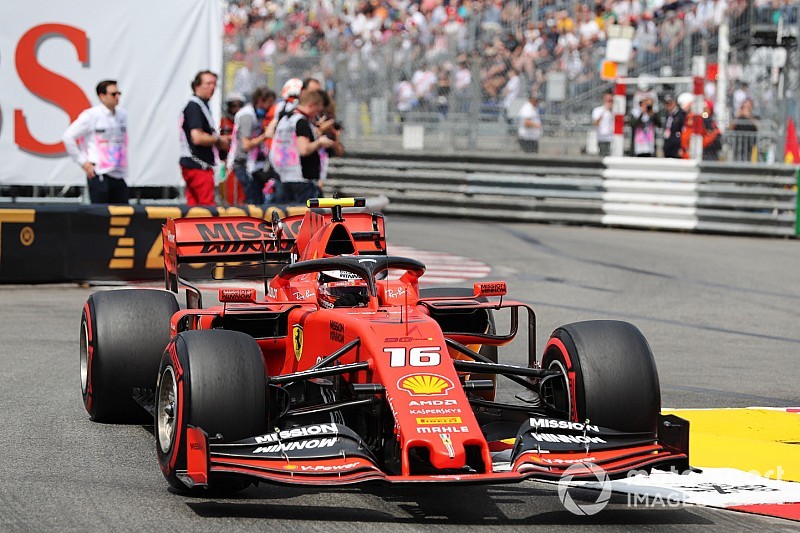 Ferrari will address its qualifying strategy procedure for the next Formula 1 race in the wake of the error that left Charles Leclerc 15th on the Monaco Grand Prix grid.

A miscalculated "cut-off time" to make it into Q2 gave Ferrari false confidence that Leclerc would not have to run again in the first part of qualifying.

He remained in the garage, saving a set of tyres for Q2, as rivals improved and dumped him out.

Ferrari team principal Mattia Binotto said that the cut-off time was erroneously managed because Ferrari had not factored in such significant track improvement or the gains drivers would make as they built their confidence through Q1.

"I think we've got the right people and the right procedures but we need to improve let me say our tools," said Binotto. "It opened a new opportunity of looking at what we did and how we may do that differently in the future.

"That's something that will be addressed from the next race onwards, no doubt."

Binotto said that the "margin" Ferrari establishes on top of its cut-off time needs to be bigger for future races in Monaco.

"So if on one side we made a mistake on misjudging the margin, we didn't overrule it as well," said Binotto. "Which was certainly an opportunity.

Ferrari took the risk in trying to save a set of tyres because it felt an extra set was necessary to try to fight Mercedes and Red Bull in Q3.

Lewis Hamilton said his Mercedes team does not take those sort of risks and leave itself open to the consequences.

His team boss Toto Wolff partly defended Ferrari when asked by motorsport.com about his rival's error.

"These things happen," said Wolff. "Using a second set of softs in Q1, you're penalised. You're lacking a set of tyres for Q2 and Q3. Then the track ramp-up was much stronger than expected, and this is how he was out by one position.

"It's unfortunate because Charles was P1 before, it's his home grand prix, everybody cheers for him. If I could have had a wish around the narrative of this Monaco GP it was to have Charles Leclerc in the fight with us. But he's not, and that's a shame."