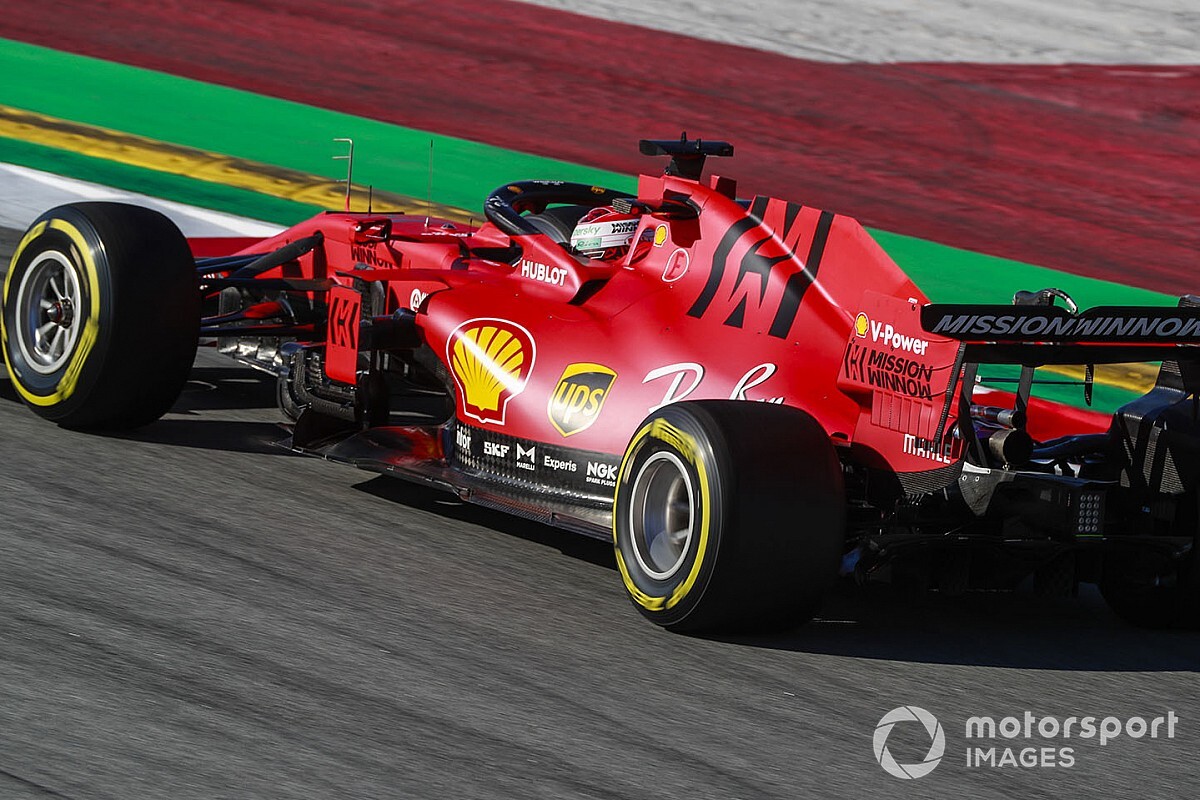 The Ferrari Formula 1 team will run the car it planned to race in Melbourne in the two races in Austria – but will introduce a major package of revisions for the third race of the year in Hungary.

Team principal Mattia Binotto said that after the lockdown break the team decided to take a major change of direction in order to find more performance from the SF1000, while knowing that the updates would not be ready for the first two races.

The short time available after the FIA factory shutdown, as well as new COVID-19 protocols that compromised the pace of work in Maranello, meant that changes could not be fast tracked through.

Binotto said it would have been "counterproductive" to pursue the original car concept that proved disappointing in testing.

"This weekend the car will run in the same configuration used towards the end of the Barcelona tests," Binotto said in a team preview.

"This doesn't mean we have been twiddling our thumbs in the very limited time of just five and a half weeks in which we were able to work on the cars, because of the stringent procedures involved in working around the pandemic as well as the total shutdown of activities required by the FIA in agreement with the teams.

"The truth is that the outcome of the tests led us to take a significant change of direction in terms of development, especially on the aerodynamic front.

"First, we had to understand why we did not see the results we had expected on track and how much to recalibrate the whole programme as a result. It would have been counterproductive to continue in the direction we had planned, knowing that we would not have reached our goals.

"Therefore we decided to come up with a new programme that looked at the whole car, knowing that not all of it would be ready for the first race. Our aim is to introduce the updates at the third race on 19 July at the Hungaroring."

However, the team has not given up on the current package, and Binotto is confident that it understands it better than previously.

"Over and above the actual development of the car itself, these past few weeks we have worked a lot on analysing its behaviour, with simulation work and with the help of our drivers and I think that will prove its worth in Austria.

"We know that, at the moment, we don't have the fastest package. We knew it before heading for Melbourne and that hasn't changed.

"Having said that, the Spielberg circuit has different characteristics to Montmelo and the temperatures will be well above those of February.

"In Austria, we must try and make the most of every opportunity and then in Hungary, with the new development step we are working on, we will be able to see where we are really compared to the others, while having to take into account the developments our competitors themselves will have brought along."