Ferrari would only rue 2019 if it wasn't learning from errors 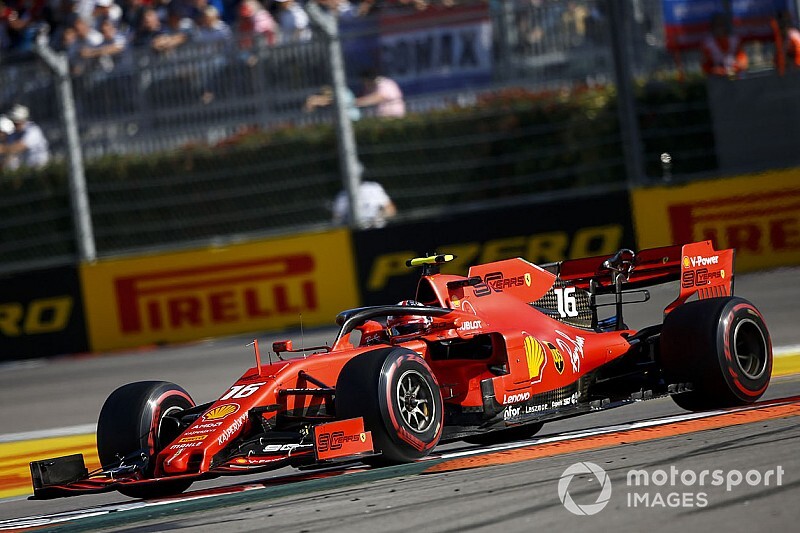 Ferrari says it would only regret its failed 2019 Formula 1 title bid if it had not learned from the errors that caused it to miss opportunities this season.

Charles Leclerc has risen to third in the championship during a stellar run of form that has included four consecutive pole positions, two wins, a second place and a third across the last four grands prix.

Constant aerodynamic development appears to have eradicated the wild swings in performance that cost Ferrari at several tracks over the first half of the season.

Asked by Motorsport.com if he regrets how the year has played out after losing too much ground to Mercedes early on, Ferrari team principal Mattia Binotto said: "I think having regret does not make sense.

"We need to move forward and look ahead. If we were not performing as expected or we missed opportunities it's because we've got some responsibility on that.

"More important is to try as a team to move forward and to learn from mistakes and make sure they are not happening again in the future. "It's not a matter of regret. It would be if we have not learned from that. "And I think as a team we're growing and that's more important."

Ferrari's late-season surge is not enough for it to avoid missing out on both titles yet again.

Leclerc could get knocked out of mathematical contention this weekend and even if he avoids that, as it stands he must outscore Lewis Hamilton by 108 points over the remaining five weekends, with 130 points available.

Ferrari's position in the constructors' championship is similarly bleak, trailing Mercedes by 162 points.

"We should be focused race by race and try to optimise the result of each single race," said Binotto.

"Only at the end of the season we can try to draw the line and see where we are.

"It would be great to do at least better than last year [Ferrari scored 571 points in 2018, and currently sits on 409], because that would show that as a team at least we are improving.

"I know we had a bad start to the season. It may be difficult, but not impossible, and I think that should be the first objective.

"Then let's start dreaming. Eventually if we can do more, we will not reject it."

Haas hits out at rivals' "inconsistent" views on F1 rules