Ferrari has revealed the upgrades that mark the first development step for its SF90 Formula 1 car.

After failing to win any of the opening three races, Ferrari has made some changes to its bargeboard package for the Azerbaijan Grand Prix.

The small strakes at the front have been reconfigured, as the exclusive photograph from Giorgio Piola above shows.

The second collection of mini-bargeboard elements has been enlarged - while the piece to the right of that has lost its slots. Those work in tandem to coerce the airflow outwards more drastically than it previously did.

There's also an added flick underneath the sidepod turning vanes to both clean up the airflow channelled around by the bargeboard.

The team is also running a lower drag wing for the Baku straights, although it appears to be aimed at delivering more downforce than other teams have gone for. 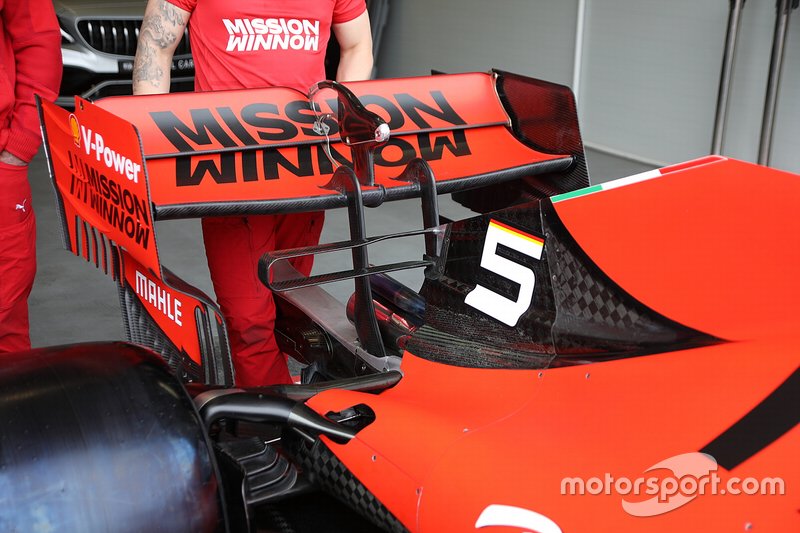 "If you improve the car in general it helps you here, and obviously everywhere else," said Vettel.

"That is the idea. The target is to make the car faster so it is pretty straightforward, no matter where we go.

"Hopefully we can find the same results on track that we found in the tunnel, hopefully the numbers stack up, and we see how much of a jump we can do."

Vettel's teammate Leclerc said that Ferrari's package "should be going in the right direction".

Leclerc, who sits one point behind Vettel in the championship and 32 behind Mercedes' table-topper Lewis Hamilton, said bouncing back from three races that have not gone as Ferrari expected was vital.

"We were quite close, so hopefully we can now be in front," he said. "Overall as a package – I don't think there's one big weakness on the car. Trying to put the set-up right will be a key thing and then just the overall development."

Vettel added that it was wrong to view this weekend's Azerbaijan Grand Prix as a crucial turning point in the season, even though he believes Ferrari will initiate a fightback.

"Hopefully at one point we can look back and say this was the decider, and the decisive moment, but right now I don't know and I don't really care," he said.

"We have a very strong package and I am confident that if we can get it in the right place, we should be able to show that and give the others a very, very hard time.

"So, I am not thinking that it all depends on one single moment. If we do another 17 races like this, then we know also it is too late to turn it around." 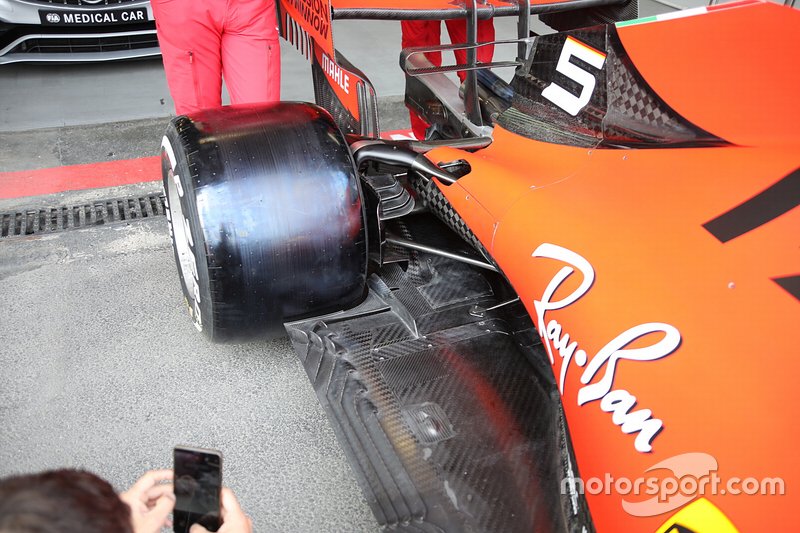 Straightline speed "one of the best things" of 2019 - Sainz