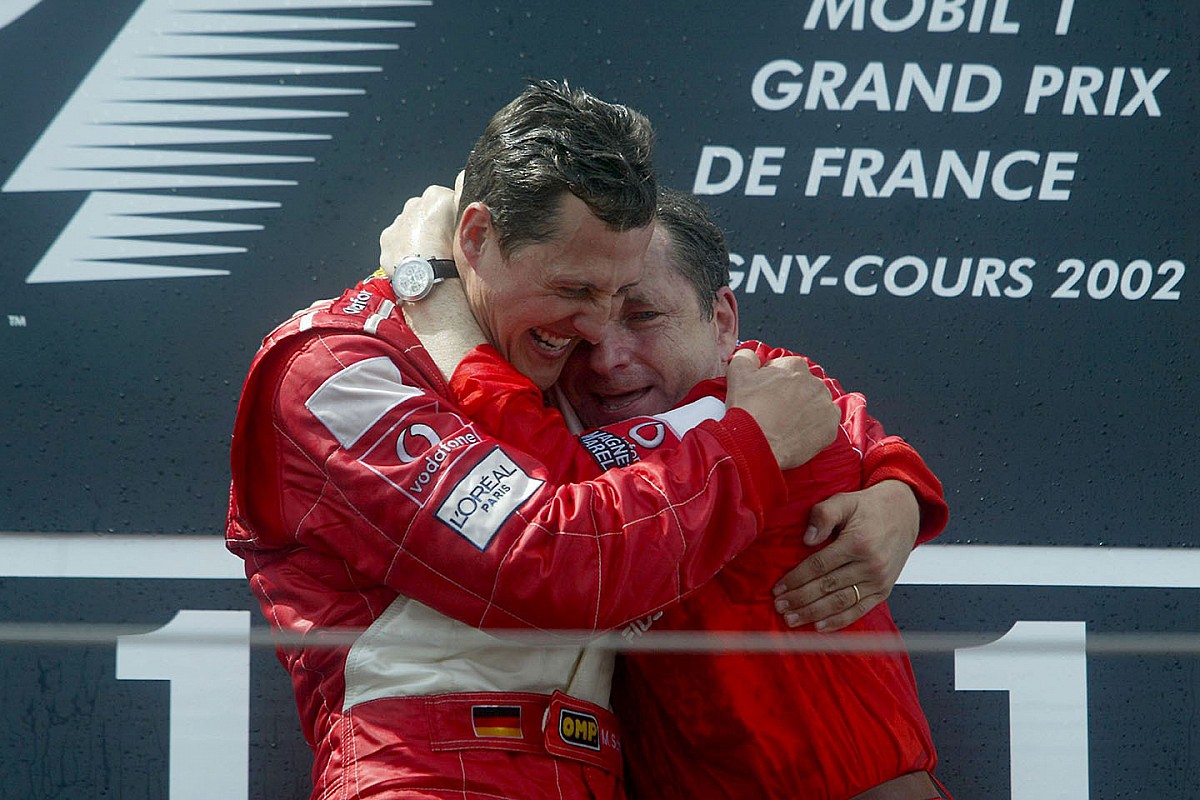 On this day in 2002, Michael Schumacher scored his 100th podium result in Formula 1 by taking victory in the Brazilian Grand Prix. That win came during the middle of a dominant era for Ferrari and, as as we explain in this feature originally published in 2018, a lot of that success was down to the groundwork laid by Todt and Schumacher himself.

Boom and bust: that was Ferrari's way. From the peaks, the view was breathtaking. Ascari, Fangio, Hawthorn, Hill, Surtees, Lauda, Scheckter... these were the blessed members of Formula 1's most exclusive club, all having filled their lungs with the heady, rarefied air as Ferrari world champions.

Yet, almost to a man, the oxygen turned sour on the inevitable plummeting descent. Backstabbing turmoil, bitter disappointment and, yes, even death seemed to follow the apparent anointment of Italian immortality. This was the nature of life at Maranello, and it only made the Scuderia all the more alluring.

But there was something different about Jean Todt and Michael Schumacher's version of Ferrari. This team won... and then kept on winning, for years. 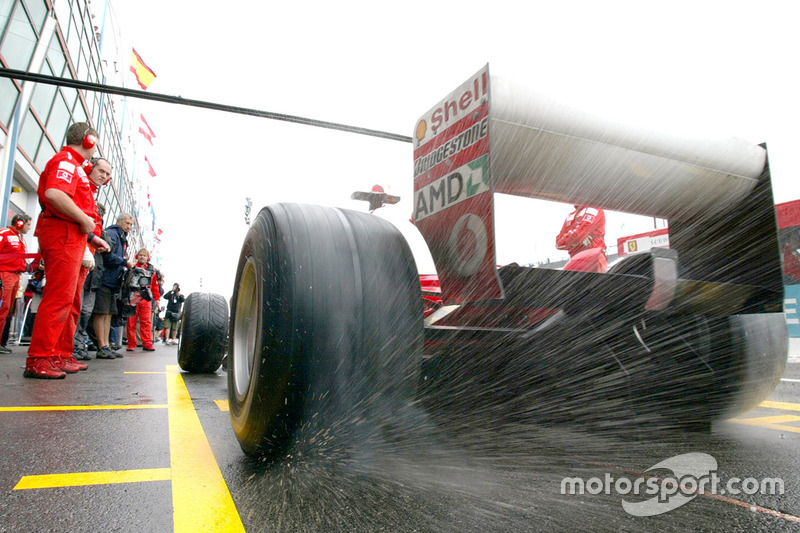 Water sprays from the rear tyres of Michael Schumacher, Ferrari F2003-GA, in the pits

The team they forged, in harness with the clinical brilliance of Ross Brawn and Rory Byrne, were a Ferrari the like of which we'd never seen. And probably never will again.

Everything seemed weighted in their favour: politically, Ferrari carried more influence than other teams, and earned more money as a consequence; cynics liked to claim FIA stood for 'Ferrari International Assistance' when rulings and penalty appeals fell in the Scuderia's favour. Hell, even Bridgestone's tyres were moulded perfectly to its requirements. No wonder the wins kept on coming. 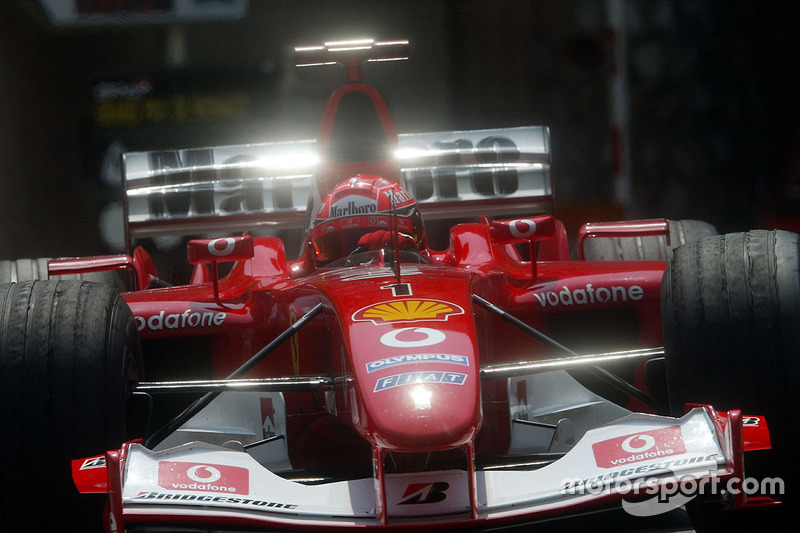 This wasn't Enzo's Ferrari, all flair and flaw in equal measure; this was a machine, a vision of F1 perfection designed to deliver the ultimate result, on repeat – no matter what. But the era that smashed the record books (and at times almost throttled the life out of F1) took time to cultivate.

Todt was into his sixth season at the helm before Ferrari claimed a constructors' title, and a seventh before Schumacher finally ended the drought to do what mattered most: to succeed Scheckter and join the Ferrari F1 canon. 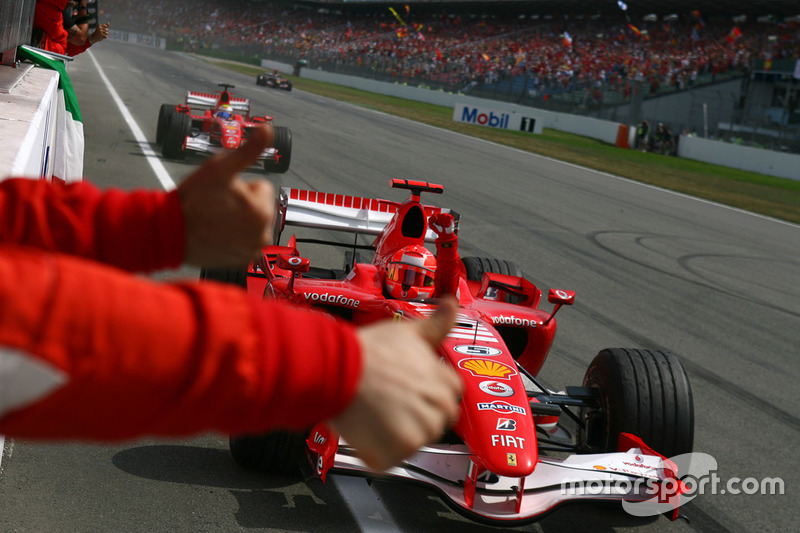 It's easy to forget now how much pressure Todt faced in those early years, when the script appeared to repeat the same old yarn. After Luca di Montezemolo hired him in 1993, the initial plan called on familiar faces.

John Barnard's genius had taken Ferrari so close to a title with Alain Prost in '90, but the experiment to mastermind glory from Guildford fell apart long before Ayrton Senna's kamikaze move at Suzuka's Turn 1. Fiat politics and a lack of trust left the plan in tatters, yet within three years, Todt and di Montezemolo were trying it again.

Burnt by his experience at Benetton, Barnard returned for part two of his Ferrari revolution – and you could barely see the seam. FDD (Ferrari Design Department) replaced GTO (Guildford Technical Office), but it was based in the same Surrey town, and once again his ambition was to be left alone to design. Todt's job was to protect him from the distractions of day-to-day racing. 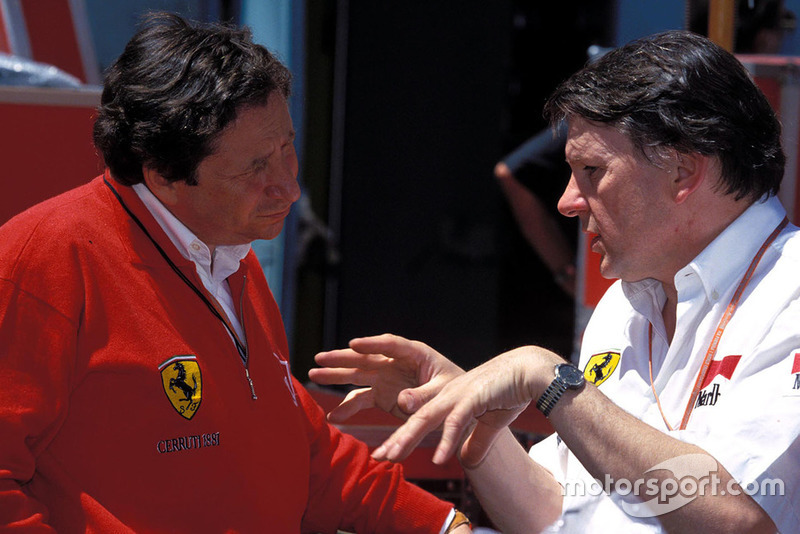 The svelte, low-drag 412T1 of 1994 certainly offered promise. But what had changed? Barnard met with the same old frustrations: an engine department not playing to his tune and the usual pull to fire-fight the latest trackside crisis. Gerhard Berger's win at Hockenheim ended a painful four-year drought, but one-off moments playing a bit-part to the starring role taken by Williams and, more significantly, Benetton – the team Barnard had just left - wasn't enough. 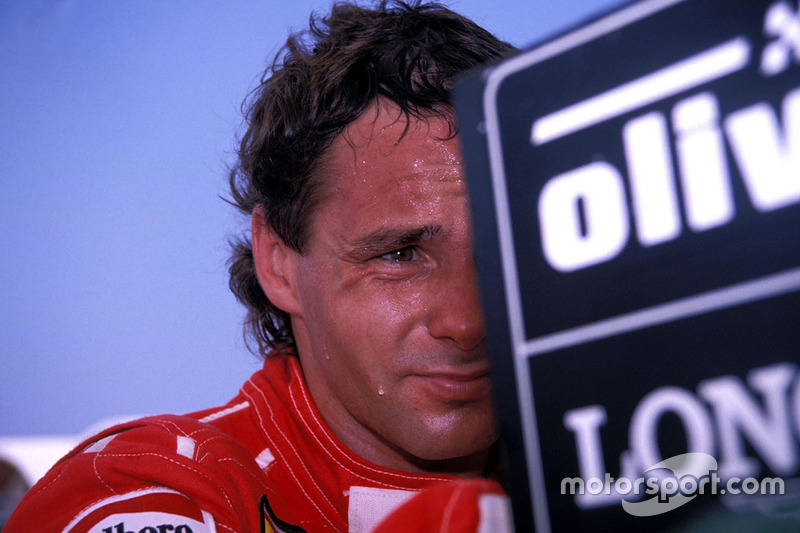 In the face of Renault V10 dominance, Ferrari persevered with its beloved V12 for 1995. The reward this time? Another single victory, for Jean Alesi in Canada, in the handsome 412T2. Same old story. Then Todt signed Schumacher.

Schumacher's first title, in 1994, had been tainted by Senna's death at Imola, the clumsy clash with Damon Hill in Adelaide, and the persistent insinuations that Benetton were traction-control aided. But in '95, the evidence validated what was already blindingly obvious: Schumacher was in a class of his own.

Has there ever been a time when one driver was so much better than the rest? Fangio had Ascari, then Moss. Clark? Sure, he was head and shoulders above the rest in the mid-60s, but at least he had the likes of Surtees, Gurney, Brabham and Hill to contend with. Later, Stewart had Rindt and Fittipaldi; Lauda had Hunt and Andretti; Prost and Senna had each other, plus Piquet and Mansell. 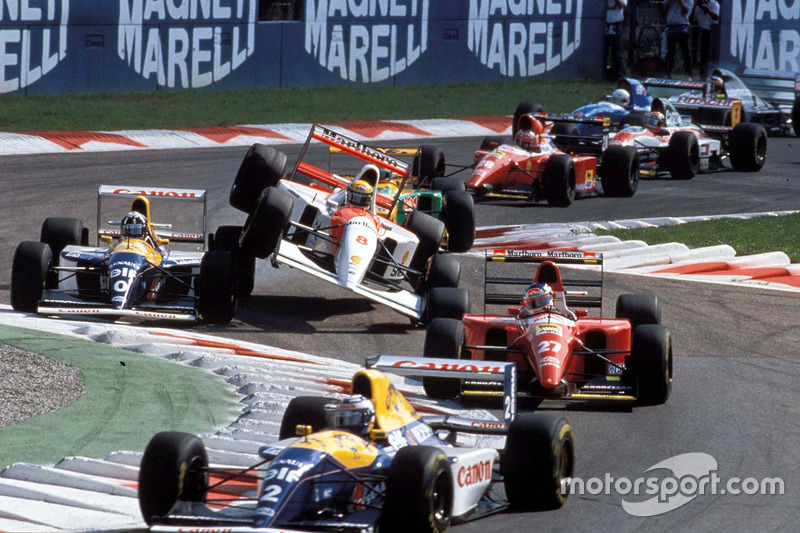 But mid-90s Schumacher? Once Senna and Prost were gone, he had brave, valiant Hill (usually in a quicker car), second-tier talents such as Berger and Alesi, a yet-to-mature Mika Hakkinen... Todt knew this was his man, the only genuine game-changer on the grid.

And somehow, despite all he had at Benetton, Schumacher needed Ferrari, too. Williams might have offered instant titles; Mercedes, with whom he'd matured in sportscars, were becoming a growing force with McLaren; but Ferrari... here was a chance to build something meaningful. 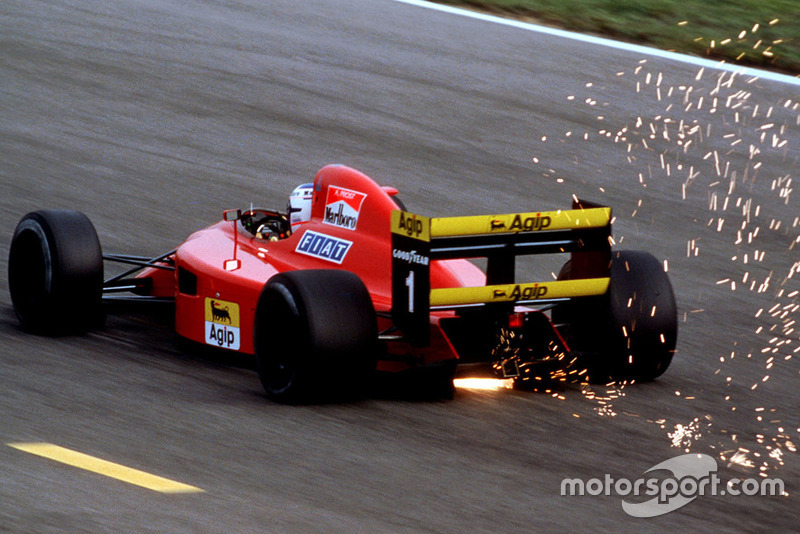 Prost, and apparently even Senna, had felt the draw of Maranello. Fernando Alonso and Sebastian Vettel would subsequently heed the calling, too. Schumacher just couldn't resist – and the reputed $25m-a-year pay cheque might have helped.

But he knew what he was getting into. Todt's Barnard-era Ferrari was little changed from the misfiring behemoth of the 1980s. Unlocking those titles... this was a gamble, whatever the money. Still only 26, Schumacher was risking his best years on a team out of step with the times.

Still, the new marriage started well. After his first test, at Estoril, Schumacher proclaimed he could have won his 1995 title more easily in the 412T2 than he had in his Benetton. Oh, and he was a second a lap faster than Berger and Alesi. 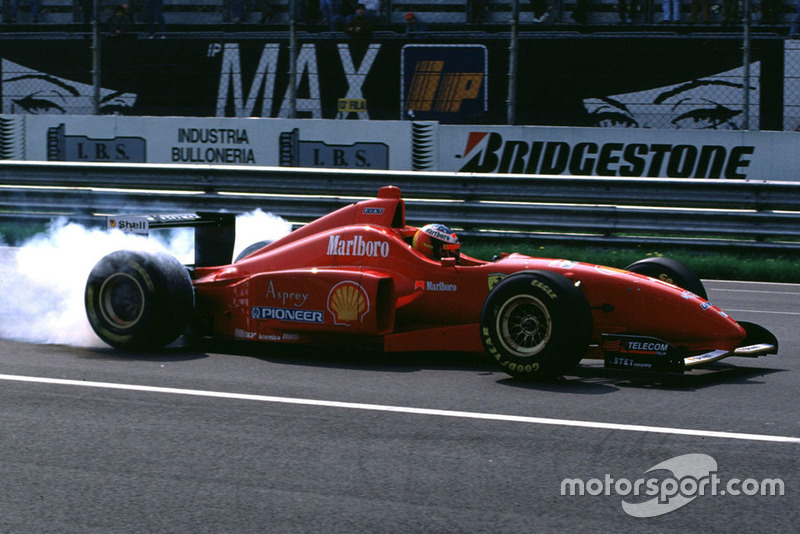 Reality kicked in during '96, though, with Barnard's markedly unlovely F310. Three wins, including a wet one for the ages in Spain, wasn't bad – but by joining Ferrari, Schumacher knew he'd blown any hope of a title hat-trick. All yours, Hill...

In fairness, the gamble could have paid off in 1997, as Schumacher brilliantly kept Ferrari in the title hunt against Jacques Villeneuve's superior Williams. Then all his work was overshadowed by another horrendous professional foul. Jerez and that backfiring barge sealed Schumacher's arch-villain status. The FIA stripped him of his second place in the points, but he kept his five victories – a meaningless punishment. 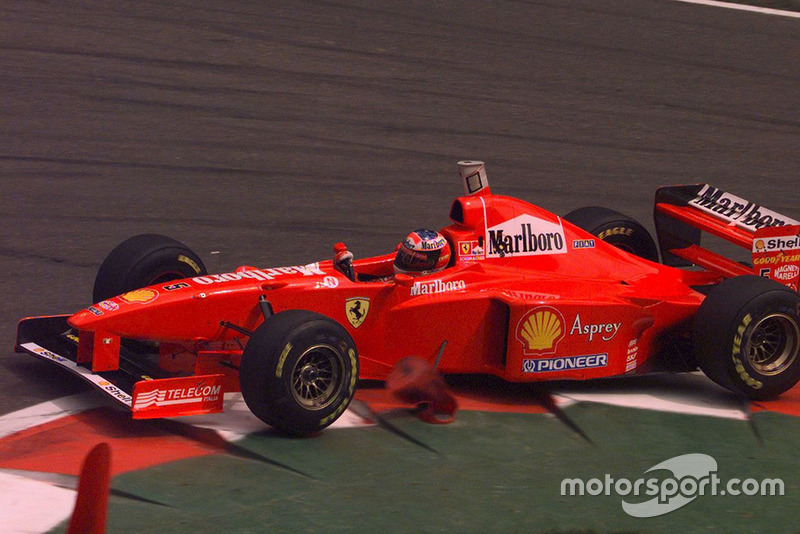 That 1997 car, F310B, was Barnard's Ferrari swansong. Todt knew the great experiment was over, that it was time to galvanise Maranello. As lone gun Barnard exited stage left, Todt hired the men who'd made Schumacher.

Ross Brawn and Rory Byrne had witnessed up close how Schumacher's migration to Ferrari had punctured Benetton's bid for further titles. Neither Alesi nor Berger (transferring in the other direction) could claim a single victory in what surely would have been a winning car in Schumacher's hands in 1996. The technical director and chief designer changed course for a life in red.

In 1998, Byrne's purposeful F300 would set the template for the wondrous machines that would follow, but Adrian Newey's first McLaren, the MP4-13, would delay the start of Ferrari's winning streak. For such a firebrand talent, Hakkinen's rise to greatness was a surprising slow burner, but when he peaked in '98 and '99 Schumacher suddenly found himself with a worthy rival. Over one lap, the Finn was probably faster – and with Newey in his corner, he had a definable edge. 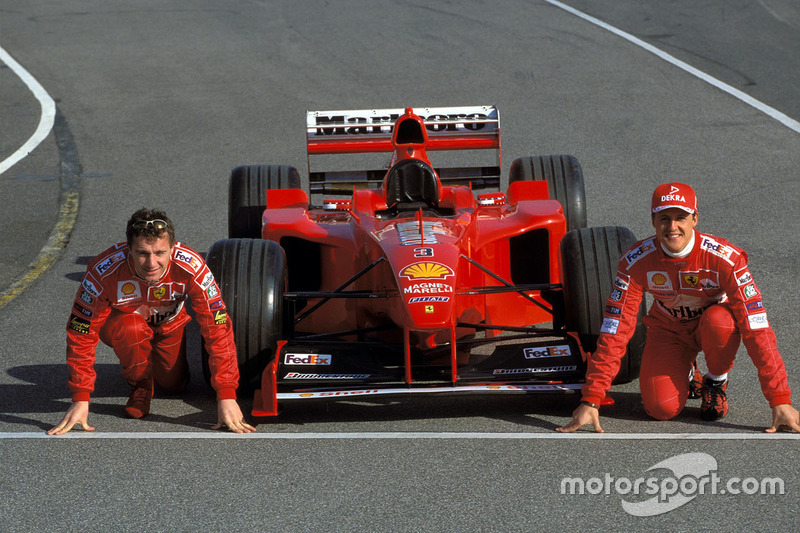 Italy was growing impatient, and the tension ratcheted further when Schumacher broke his leg at Silverstone in 1999. Here was another title gone. Or was it? Eddie Irvine had never offered more than solid number-two form, but there was grit beneath his swagger.

As Hakkinen lost focus without Schumacher's threat, Irvine stepped up – and nearly stole the crown for himself. How galling for Schumacher, returning after six missed races, to play obedient tail-gunner to Irvine for the first Malaysian GP. Pole (by more than a second) telegraphed how plain weird it would have been had the spiky Irishman been the one to end two decades of hurt. 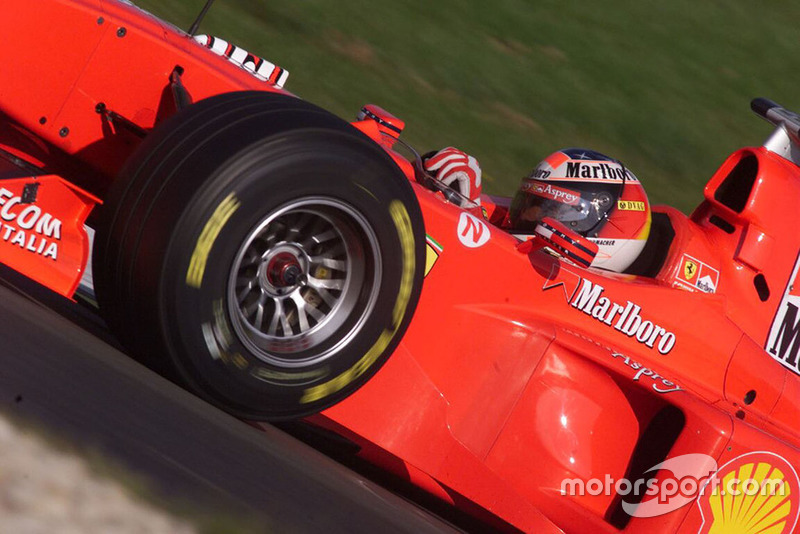 As it was, a first constructors' title since 1983 was salvaged, helped in no small part by a post-Sepang technical controversy. Irvine's victory, shaped almost entirely by his team-mate, appeared lost in parc ferme when his aerodynamic 'barge boards' (a suitably ungainly term for such ugly accoutrements) were found to be outside the regulatory parameters.

Ferrari appealed – and won. How? The governing body found the means of measurement, used by their own technical team throughout the season and before, to be untrustworthy... much like their verdict. When Irvine's challenge ended with a whimper in Japan and Hakkinen secured his second title, F1 sighed with collective relief. 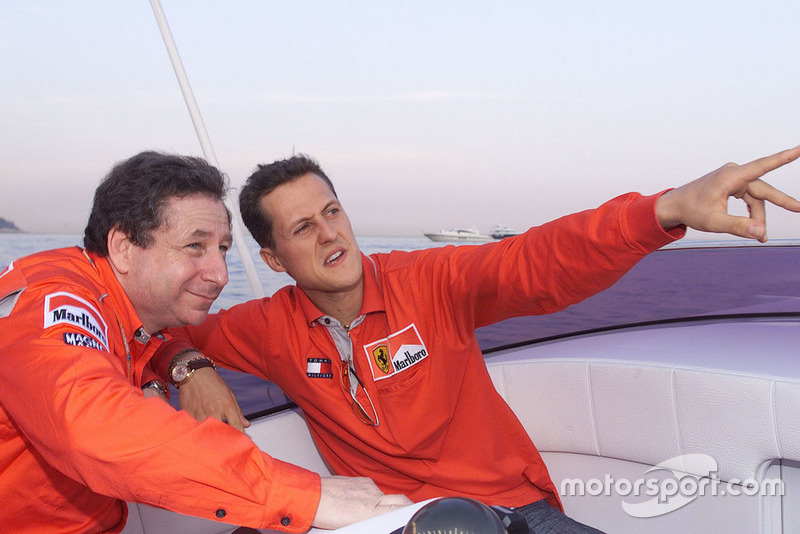 How much longer would Todt have lasted had Schumacher, Brawn, Byrne and co failed to finally put the pieces together (quite brilliantly) in 2000? The superteam might have survived, but without his protection from Fiat interference – not to mention the meddling of President di Montezemolo, whom Todt always kept at a strict arm's length – for how long?

As it was, Schumacher defeated Hakkinen at the Suzuka finale with the aid of another perfectly executed Brawn strategic masterclass. This was how it would be from now on, as five consecutive drivers' titles and 72 GP victories attest. Added to what he'd already achieved at Benetton, Schumacher spent the first years of the new millennium re-writing F1's record books. 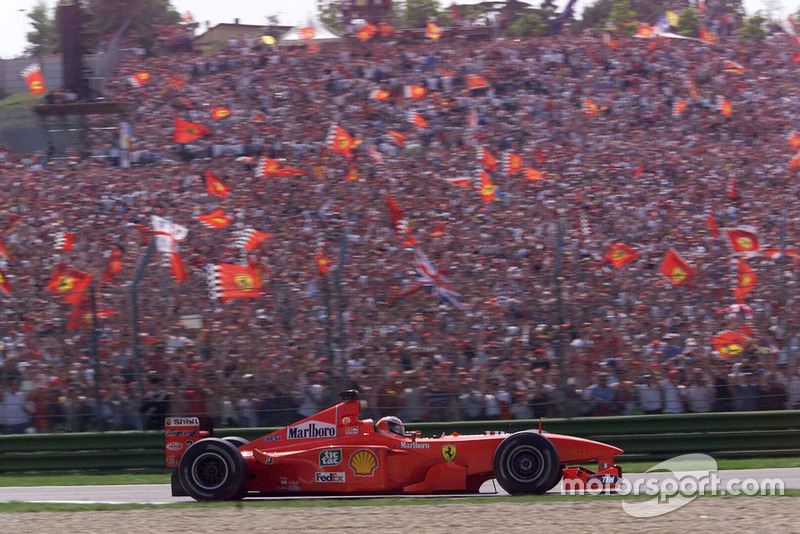 He didn't have everything his own way. The combination of canny Williams, monumental BMW V10 power, electrifying Juan Pablo Montoya and the determination of brother Ralf put the wind up Schumi and Ferrari from time to time, while a new threat from Finland almost derailed the run in 2003 – with the help of a new points system introduced directly to soften Ferrari's domination. Had Kimi Raikkonen's single win for McLaren proved enough to counter Schumacher's six that year, history would surely have recalled a title injustice.

Through it all, Schumacher remained a divisive figure. Aside from the questionable racing ethics, this was an essentially private man who shielded himself from his huge global fame by offering a mostly one-dimensional view of the character behind those boisterous podium jumps. For many, he could do no wrong; for many more, he was easier to admire than to love. 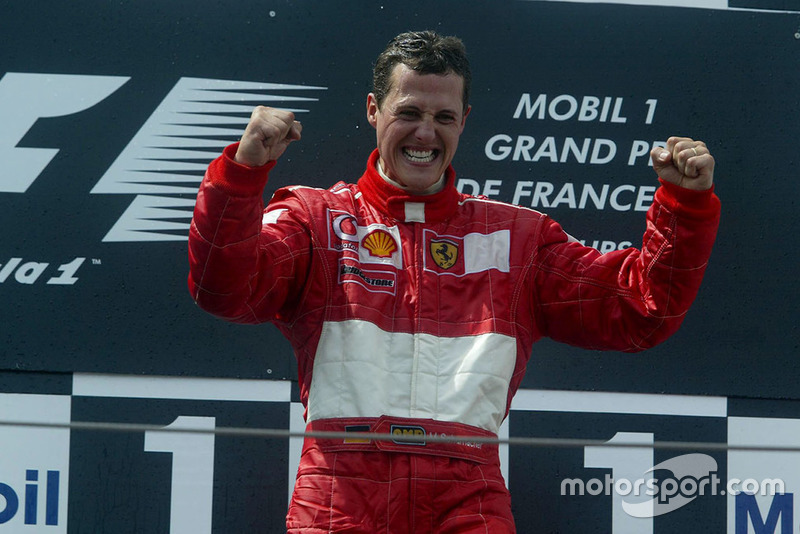 But surely it is Todt who is most responsible for how this Ferrari F1 team is remembered. Foremost, he deserves enormous credit for hiring the right people and creating a winning culture. What played against him was the blind devotion he brought to his task.

'Win at all costs' has never been so blatant: the team orders controversy of Austria 2002 and the Indy '05 incident were spectacular misjudgements. Todt appeared to have total disregard – all that mattered was the right result for Ferrari, and usually for Schumacher. Rubens Barrichello always knew his place in this team. 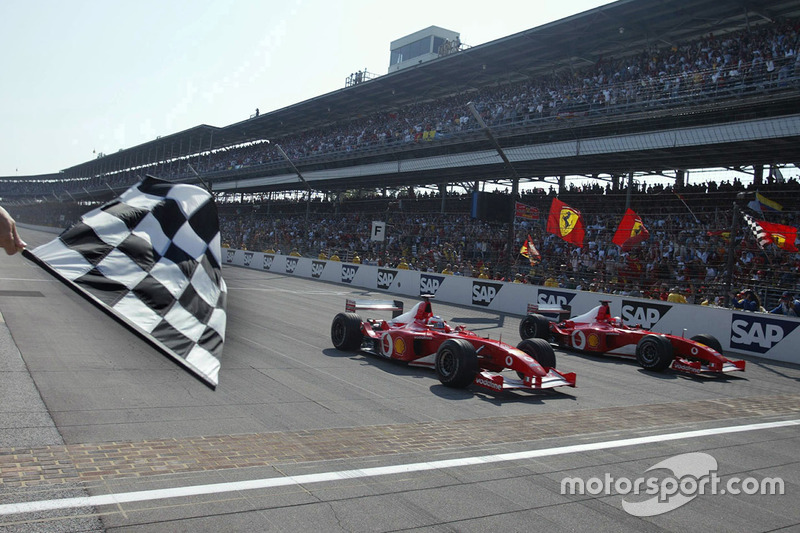 But did Todt care what anyone thought? Probably not. And Enzo Ferrari might well have approved: the founder, after all, was the master "agitator of men". So perhaps Todt's Ferrari wasn't that different after all. 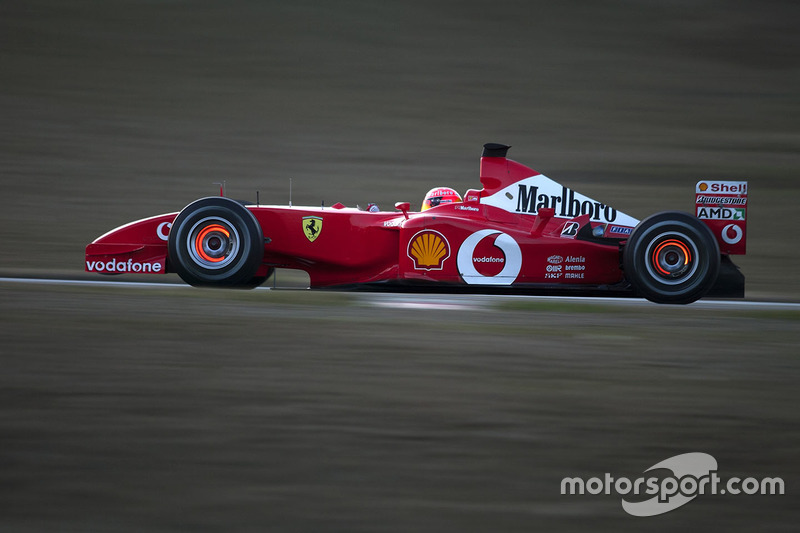