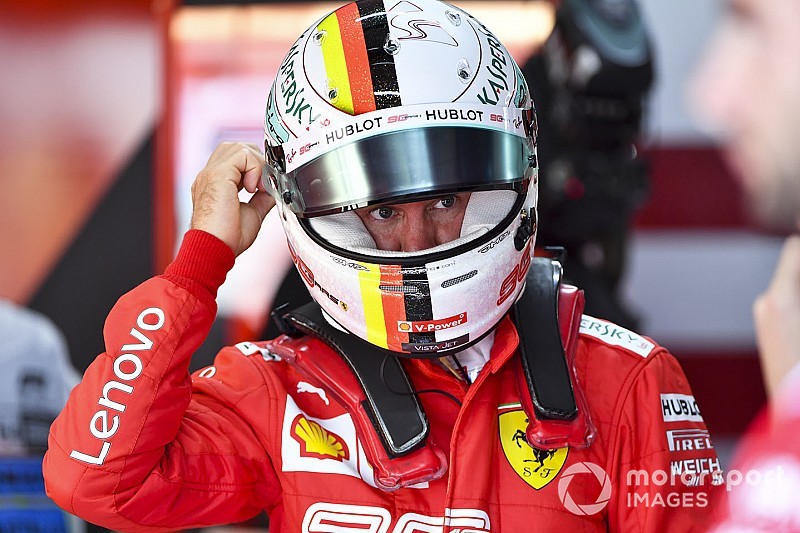 Ferrari was seeking a review to try to overturn the five-second penalty that cost the team and Vettel their first win of the season in Montreal.

Vettel was deemed to have rejoined the track unsafely and forced Lewis Hamilton off the road, after running wide into the first chicane while leading.

Ferrari felt it had “pretty overwhelming” new evidence to present to the stewards at a hearing at Paul Ricard between the two practice sessions for the French Grand Prix.

However, the stewards from the Canadian Grand Prix, convened at Paul Ricard with one joining via teleconference, decided there are “no significant and relevant new elements which were unavailable to the parties at the time of the competition concerned”. Therefore, a review will not take place.

The stewards determined that of the seven items Ferrari presented as evidence, five were “available before the end of the competition”.

A video analysis performed by Karun Chandhok for Sky Sports F1 was also offered by Ferrari, but deemed “new but not significant and relevant as this is a personal opinion by a third party”.

Another video, from the camera facing Vettel and released by F1 after the race, was also considered new but not significant and relevant because “the evidence contained in this video footage can be seen within other available video”.

The evidence presented that the stewards said they had available when making the decision was analysis of the telemetry data of Vettel’s car, video analysis of multiple camera views, post-race and video images and analysis of the GPS racing line data of both Hamilton and Vettel in the lap of the incident and the previous race laps.

Stewards' decision in full: Why Ferrari's challenge was rejected